From the age of 15, Brian Turner suffered from cystic acne that left his face covered in painful spots.

As well as causing him pain, with his skin so sensitive it hurt to lie down, Brian’s acne left his confidence at rock bottom.

But now, at 27, the bodybuilder has found a remedy that works for him: giving up dairy.

Brian used to drink a gallon of milk and four large servings of cottage cheese a day in an attempt to build bulk.

He had no idea that his high levels of dairy consumption could be linked to his skin issues, until he cut milk and cheese out of his diet and noticed an immediate improvement.

He was so impressed he turned vegan – and now rarely gets a single pimple.

Brian was so taken aback by his skin transformation that he has become a professional acne expert, set to launch a 10-step program, called The Acne Program, to guide people in clearing their own skin without expensive products.

Tips include eradicating dairy from your diet, changing your pillowcases and bedsheets every night, increasing your water intake and quitting alcohol and smoking.

Brian, from San Diego, said: ‘I made the decision to give up dairy to see if it helped and my skin started to improve immediately. I couldn’t believe it.’

Brian had tried a number of methods for curing his acne but with little success.

At 15 his skin worsened at the same time as he started to increase his dairy intake for the sake of his bodybuilding hobby – but he never made the connection.

His doctor prescribed medication accutane, but this didn’t do much.

Then, after seven years of suffering, Brian was advised to change his diet.

Brian said: ‘The course of accutane didn’t work until my doctor told me to take whey protein powders out of my diet. I took all dairy out and it finally started working.

‘Immediately I was no longer seeing new cysts pop up but it took a month or so for me to see the true benefits emerge and my redness and inflammation to start going away.

‘After my face had mostly cleared, I started having dairy and whey protein bars again and immediately started breaking out in cysts so I stopped having dairy entirely.

‘My performance in the gym improved, my inflammation decreased and my energy levels shot up.’

Brian is now keen to promote a vegan diet, and encourages people to sign up to his program to tackle their acne (as he would).

‘Six months later, I went fully vegan after theorising the meats I was eating were packed with hormones and those could be making my acne worse along with the dairy,’ he said. 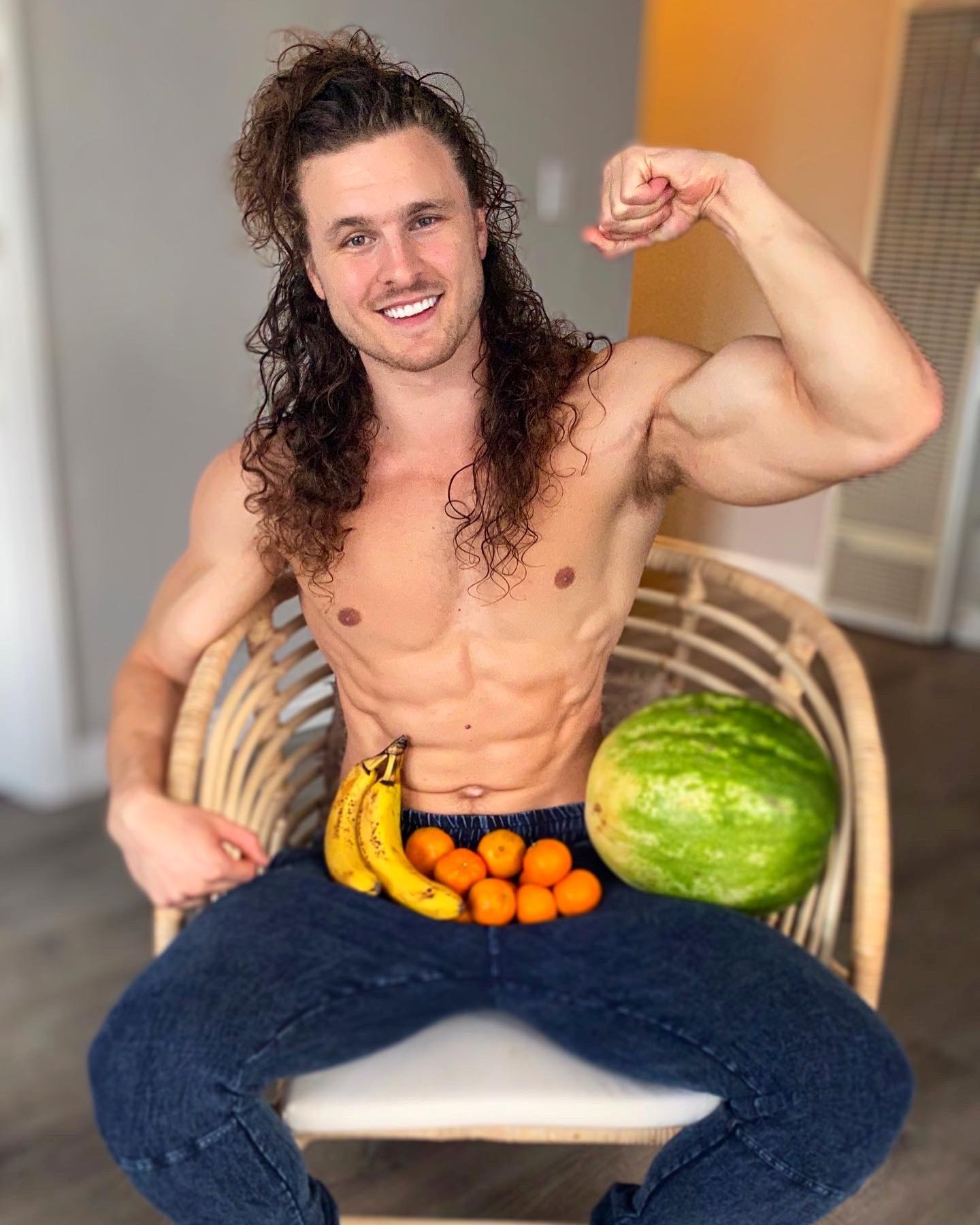 ‘I went vegan originally to improve my acne but now it lines up with my core values and beliefs.

‘I would recommend it to people with acne as dairy is one the largest and most common causes of acne.’

It’s worth noting that while giving up dairy and going vegan worked a treat for Brian’s skin, it’s not a cure-all for everyone.

Skin problems can be caused by all sorts of factors, including stress, genetics, and sensitivity.

If you’re struggling with acne or other skin concerns, talk to a dermatologist and chat with your doctor before making any major diet changes.