Kim Kardashian’s 2019 Met Gala dress was hands-down one of the most memorable looks of the night. And as the reality TV queen revealed in a behind-the-scenes video for Vogue, it took a lot of work to get it on.

The silicon Thierry Mugler creation ― it was designer Manfred Thierry Mugler’s first piece for his namesake house in 20 years ― was inspired by a wet shirtdress that Sophia Loren wore in the 1957 movie “Boy on a Dolphin.” (The frock also brought to mind Kardashian’s most recent Vogue cover.)

The dress was spun with silk organza and featured plenty of dangling crystals, meant to evoke water droplets. It also featured a plunging neckline, a tie detail at the waist and, of course, created an exaggerated hourglass silhouette on the star. 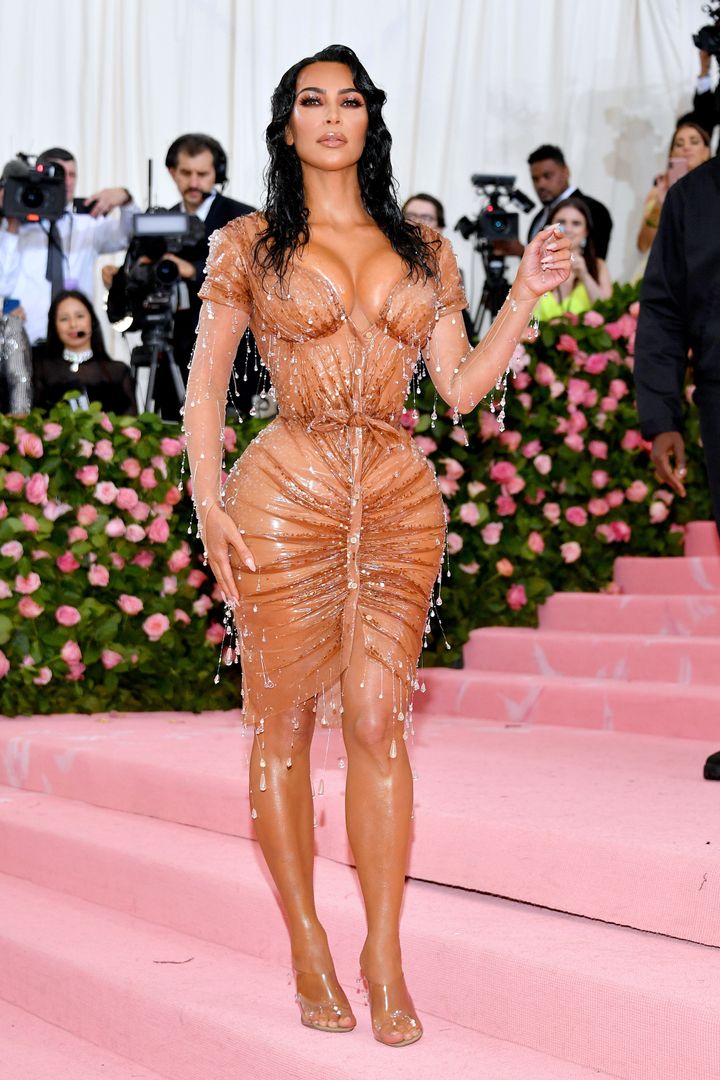 In order to get into the dress ― and to achieve that silhouette ― Kardashian was laced into a corset made by Mr. Pearl, who’s been dubbed “fashion’s most notorious corset maker.” (She was also wearing shape-wear shorts, which we suspect might have had some padding. HuffPost has reached out to a rep for the star for details.) 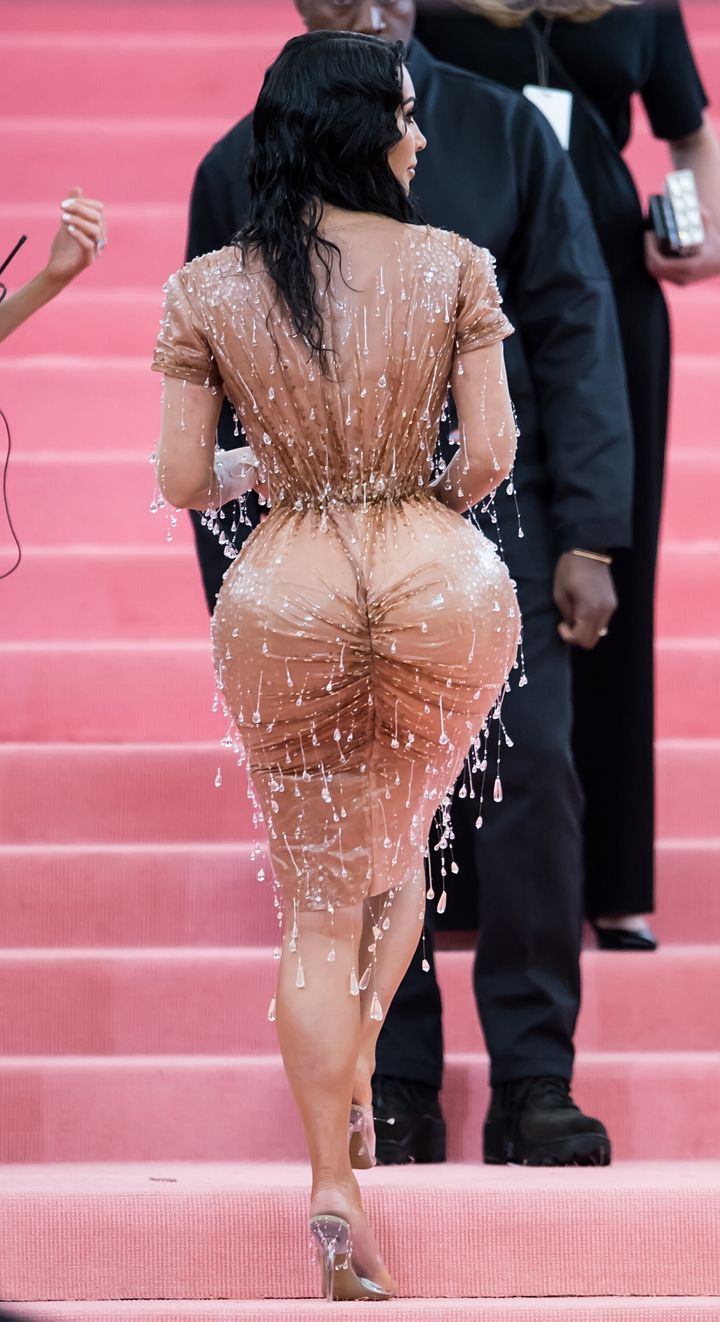 In the behind-the-scenes video (you can watch the full version at the top of this article), multiple hands are seen pulling the corset laces so tight that Kardashian’s skin begins to fold underneath it.

“I think we can go tighter,” Kardashian said before facing the camera and issuing a note to Anna Wintour.

“If I don’t sit down for dinner, now you know why,” she continued.

Kardashian later explained that she had to stand inside her vehicle on the way to the party, and said the ensemble would basically make it impossible for her to pee during the gala. We know how much Kardashian loves her waist trainers, but this look was on a whole new level.

At one point, Kardashian, a mother of three, video-calls her cousin, who gushes over the appearance of Kardashian’s corseted waist.

According to Harper’s Bazaar, Kardashian’s waist caused some debate online, which prompted the star’s trainer, Melissa Alcantara, to come to her defense.

“To make things clear 1. This dress is corseted BUT 2. Kim trains her ass off 6 days a fucking week, she wakes up early AF and is dedicated. 3. I paved the road for her but SHE did the work!,” Alcantara wrote in an Instagram story (per Harper’s Bazaar). “MOST IMPORTANTLY I don’t give a shit about your opinions on her body, if you think she fake or not! I see her every morning, I see her train and I see her sweat and I see all the work she does outside the gym and THAT is commendable!”

It’s clear Kardashian was fully invested in her Met Gala look, but it all just seems so uncomfortable. 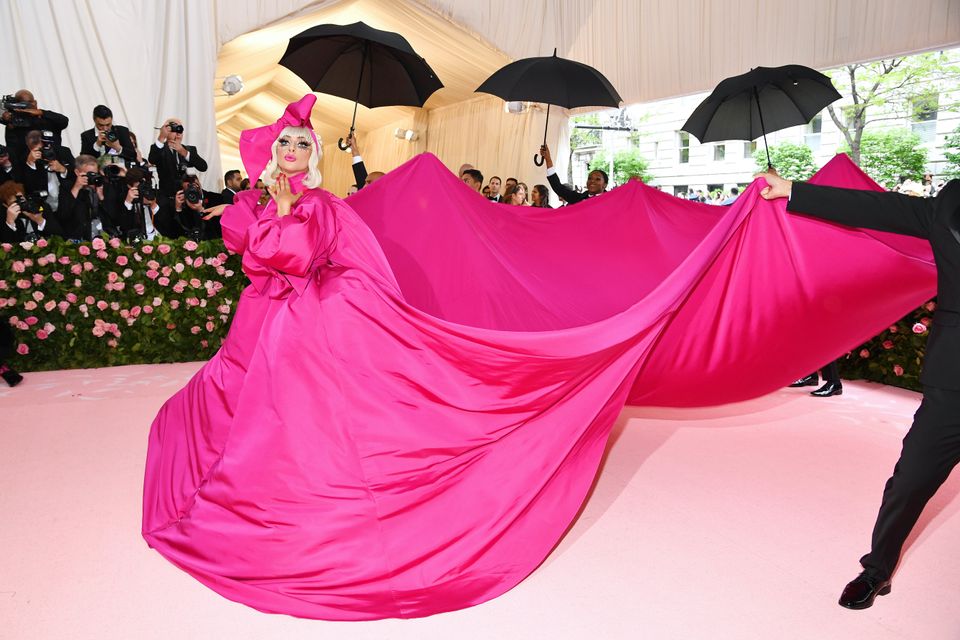