The Princess of Wales has revealed how her three children, Prince George, Princess Charlotte and Prince Louis are coping with the death of their great-grandmother, the Queen. The Prince and Princess of Wales discussed the well-being of their young ones while speaking with crowds as they viewed floral tributes outside Sandringham.

When asked how her children were coping, Princess Kate revealed: “The children are doing well and they are being looked after at school.” However, one crowd member was told George was said to understand the loss of his great-grandmother more than his younger siblings. One well-wisher said: “She said they were keeping this as normal as possible for the children.

“She says the children were settling in well to their new school and Kate was grateful for the support. I joked I had to be quick because I had to do the school run and she said she was heading back to London to do it as well.”

The royal couple greeted onlookers who gathered to catch a glimpse of the newly appointed Prince and Princess of Wales.

RELATED: Why Lambrook School is an extra safe choice for the Cambridge children

DISCOVER: How Prince William & Princess Kate are helping their children cope with grief at home

Despite the loss of their great-grandmother, the three children are still attending school. There has been a lot of change in the royal family since the Queen’s death, but the Prince of Wales has revealed he is trying to maintain a sense of “normality” for his three children.

Kate, William and their children had just moved their lives from London to Windsor. 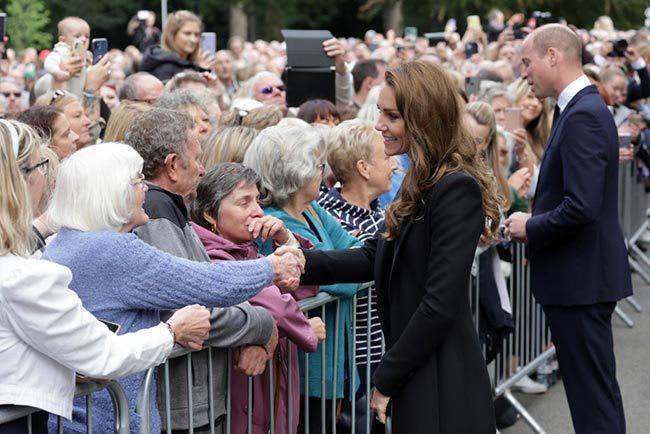 Earlier in the week, the royal children enjoyed a ‘Welcome Day’ for new pupils at the school. Their royal parents were seen walking hand-in-hand with their children as they approached the gates of the school.

All three children wore their summer uniform, with Charlotte in a navy gingham summer dress, navy socks and black shoes, and Princes George and Louis looking smart in navy shorts and socks, black shoes and a green and white checked shirt. 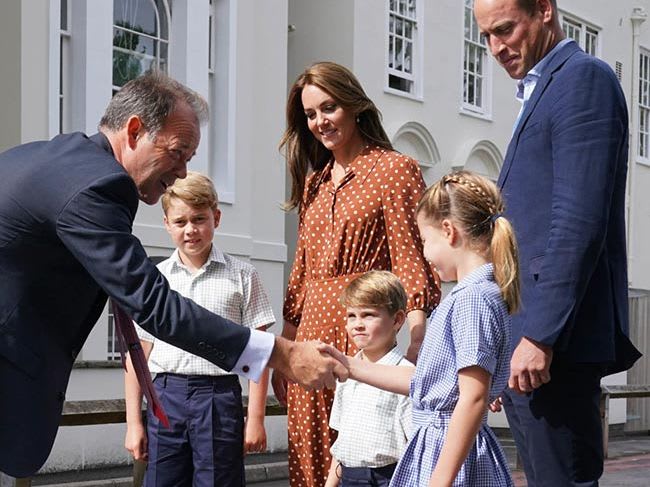 Despite the ongoing changes, the Prince of Wales explained how he and Kate were keen for the children to have as much “continuity” in their lives as possible.