We think the mullet is making a comeback, kids. At least, Rihanna is making it look good enough to be a thing again.

Slow your roll, Miley Cyrus. Looks like you’re not the only one who can make rocking a mullet look sexy AF. Superstar Rihanna proudly showed off her latest hair makeover while enjoying a night out on the town on Tuesday, November 17. Riri’s latest hair transformation to “business in the front, party in the back” was an unexpected choice for her, though she’s always been one to take risks with her look. 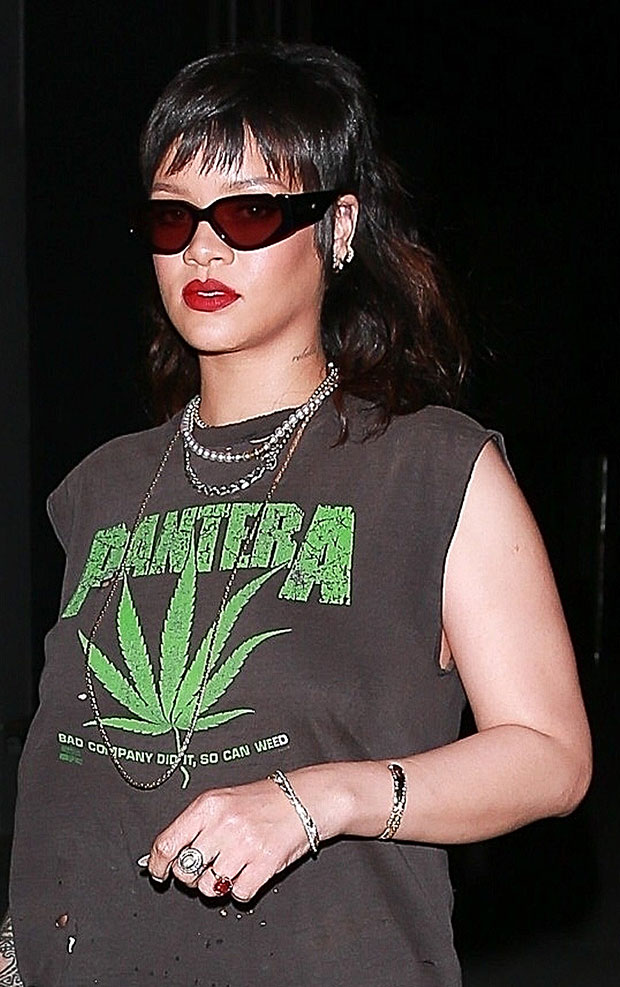 Rihanna debuted her makeover while grabbing dinner at celebrity hot-spot Giorgio Baldi in Santa Monica, C.A. Arriving around midnight, with the place completely empty, she paired her new ‘do with an equally wild outfit: printed green and white pants, white heels, and a baggy, get comfy looking tee with a  a marijuana leaf logo. She enjoyed her late night meal with pal and hairstylist Yusef, who has yet to take credit for the masterpiece atop her head. But if he’s the man behind the mane, we’re sure he’ll share how to get her look soon!

While the Ocean’s 8 star’s new look is certainly eye-catching, she’s by no means the only singer changing up her hair these days. Demi Lovato also debuted a new, rocking hair makeover this week. Shortly after hosting the People’s Choice Awards, the Disney darling went punk rock with her hair, dying it blonde and getting a buzzcut to the boot. 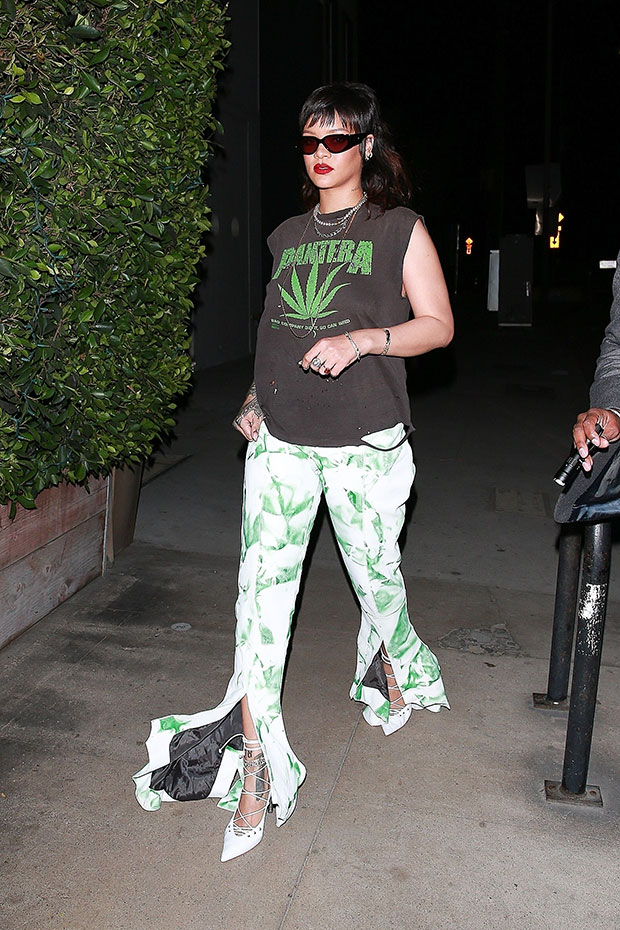 Then, there’s Taylor Swift, who has admittedly been tending to her own hair throughout quarantine, including doing the styling for her music video for Cardigan. Shortly after the announcement that her masters had been sold yet again and that she was working on re-recording her original music, Taylor recorded an at-home video  to accept Apple Music’s Songwriter of the Year award and sported straight locks which were reminiscent of her Red album era circa 2012. This led many fans to believe that the hair makeover was an Easter Egg, intended to reassure the fans that her re-recording her music was well underway.

Still, Rihanna is the queen of changing up her look, and it’s always for the better. But there’s just one question we have for her now: When are you dropping the R9 album?!?!