Ben Affleck and Jennifer Garner met up outside their son Sam’s swimming class on Saturday and were seen chatting.

Ben Affleck, 48, and Jennifer Garner, 49, are continuing to co-parent their three children and on May 1, they met up to pick up their son Samuel, 9, after he enjoyed a swimming class. The former husband and wife were spotted talking to each other while waiting for the tot outside a gate and appeared to be relaxed and friendly. They were dressed in casual clothing, including a long-sleeved black top and black pants for Ben, and a white short-sleeved striped shirt and jeans for Jennifer. 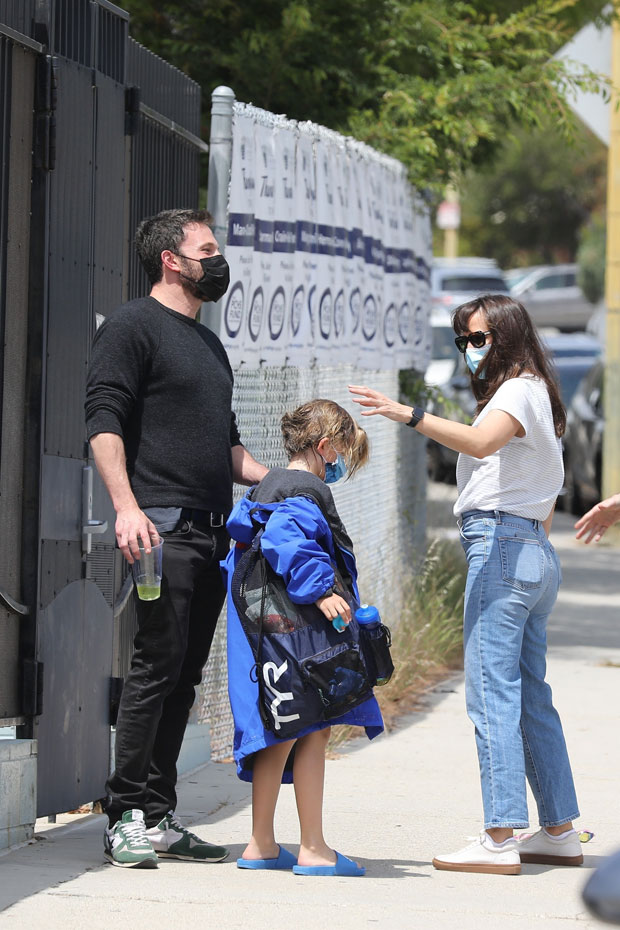 She also added white sunglasses and sneakers to her outfit while Ben added green and white sneakers. They were also both wearing face masks and showed affection for their son when he was standing next to them. 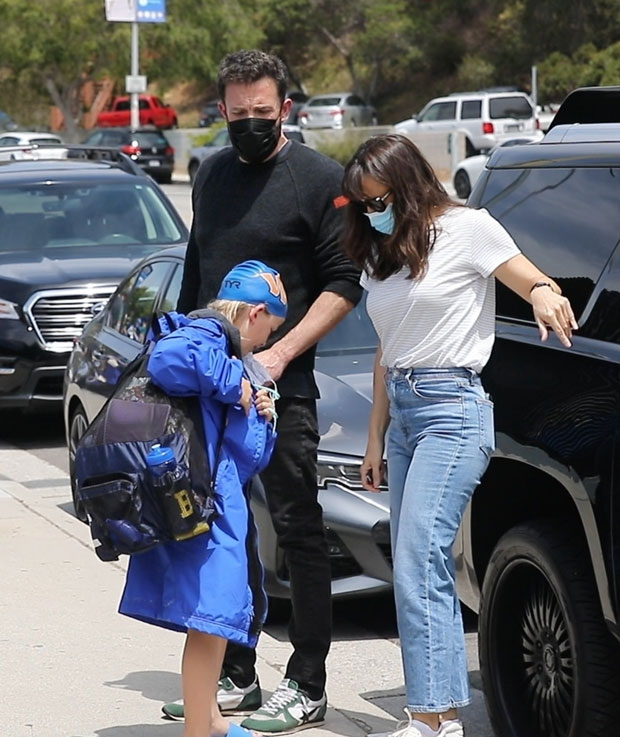 Ben and Jen’s latest outing is one of many they’ve had for their kids since getting divorced in 2018 and comes just days after Ben was reportedly seen hanging out with his ex Jennifer Lopez, 51, who recently split from her fiance Alex Rodriguez, 45. The former lovebirds met up as recently as Apr. 29 when Ben was seen exiting what is believed to have been Jennifer’s white Escalade SUV, according to Page Six. He has also reportedly been visiting her home multiple times.

“Security picks him up at a nearby location and drops him off after spending a few hours at her house,” an insider told the outlet. The insider also claims that Ben and Jen are “friendly” and have been since their split in 2004.

In addition to being romantically involved with both Jennifers, Ben dated actress Ana de Armas, 33. They were together through most of quarantine after getting close during the filming of the movie Deep Water and Ana had even met and hung out with his kids, including daughters Violet, 15, and Seraphina, 12, as well as Sam. Things ended in Jan., though, and a report claimed their different lives and desires is what caused the split. “Ana decided she doesn’t want to live in LA and Ben wants to be close to his family,” a source told Page Six. “His priority is to be rooted in LA. They are in different places [in their lives].”