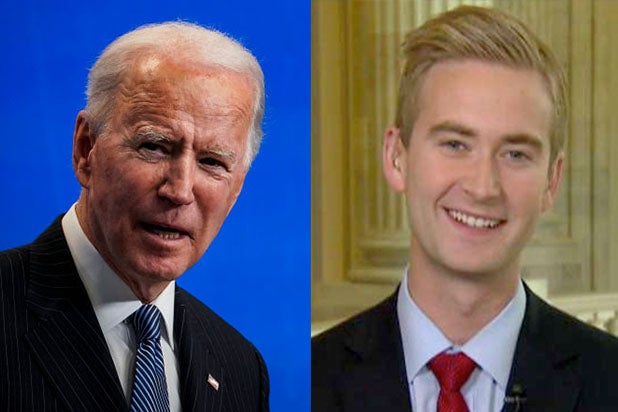 “Mr. President,” called out Doocy, who covered Biden during the 2020 presidential campaign. “What did you talk to Vladimir Putin about?”

Biden quipped, “You. He sends his best!”

Other assembled journalists laughed as Biden put on his face mask and exited the briefing.

The moment came one day after Biden called on Doocy during a different briefing, saying, “I know he always asks me tough questions and he always has an edge to them, but I like him anyway, so go ahead and ask the question.”

Prior to covering Biden’s campaign for Fox News, Doocy worked on coverage of the Democratic primary field. He first joined Fox News as a general assignment reporter in 2009 just after graduating from Villanova University.