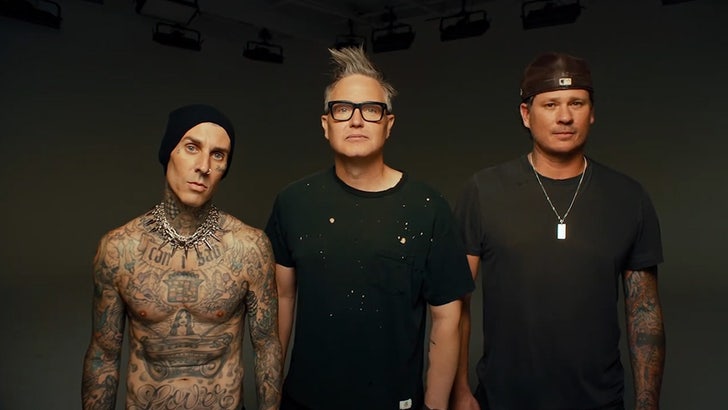 Blink-182‘s stepping back on stage once again … and Tom DeLonge is back in the saddle after saying goodbye to the band 7 years ago.

They announced the reunion of Tom, Travis Barker, and Mark Hoppus with an hilarious video Tuesday — a clip that contains even bigger news … they’ve got a new album coming soon!!! 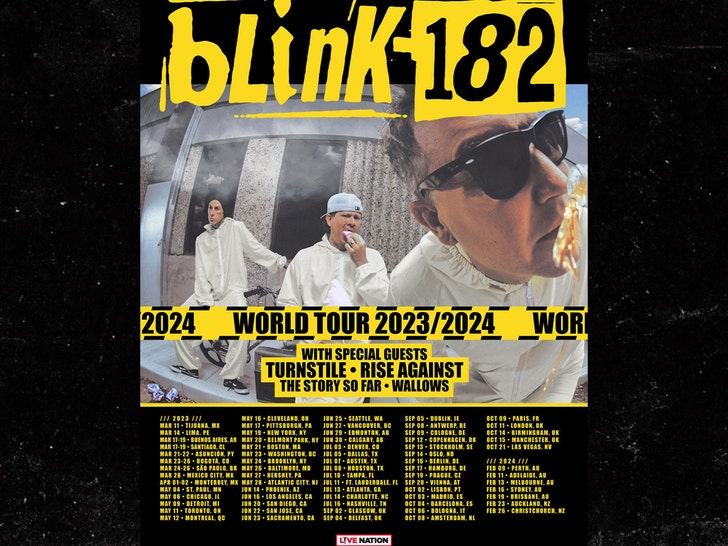 The world tour kicks off in March down in Mexico, then moves to the U.S. a couple of months later.

They’ve also got a new single, “Edging,” which drops Friday. It’ll be the first new track by Tom, Travis, and Mark in 10 years.

The 3 worked together until their first split in 2005 … they got back together 4 years later, but in 2015, Tom said he was officially out. Now, in the immortal words of Michael Corleone, it’s … “Just when I thought I was out, they pull me back in!!!” 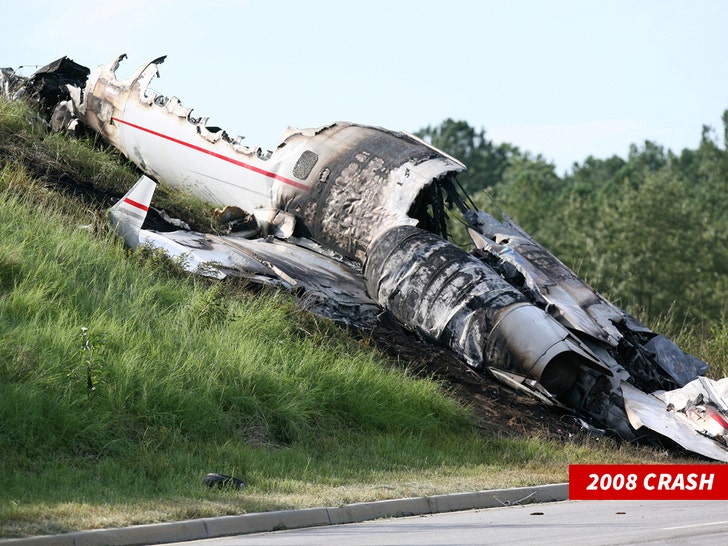 As you know, Travis heading on a world tour is a big deal — he was one of the 2 survivors in a deadly plane crash in 2008, having to get multiple surgeries and spend multiple months in a burn unit.

Since then, the drummer’s been avoiding flying — but showed signs of progress last year when he took to the skies with his now-wife Kourtney Kardashian for the first time in 13 years. 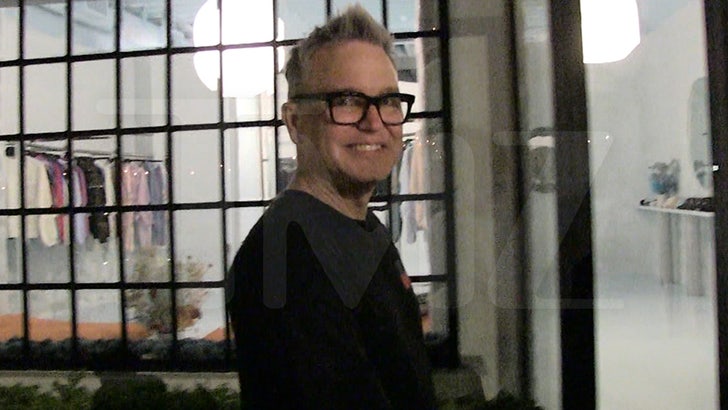 It’s great to see Mark with his fellow bandmates, too — as we reported, he battled cancer last year. We got him in WeHo earlier this year, and he told us he’s cancer-free, seeming like a huge weight was lifted off him.