It may be New York City’s most glamorous event of the year, but it didn’t stop British beauties from stealing the show.

Met Gala 2019 was flooded with the best of the UK, as major celebs such as Dua Lipa, Charli XCX and Kate Moss worked the red carpet.

In keeping with the “Camp” theme assigned by Anna Wintour of Vogue, the starlets donned colourful and bejewelled ballgowns. 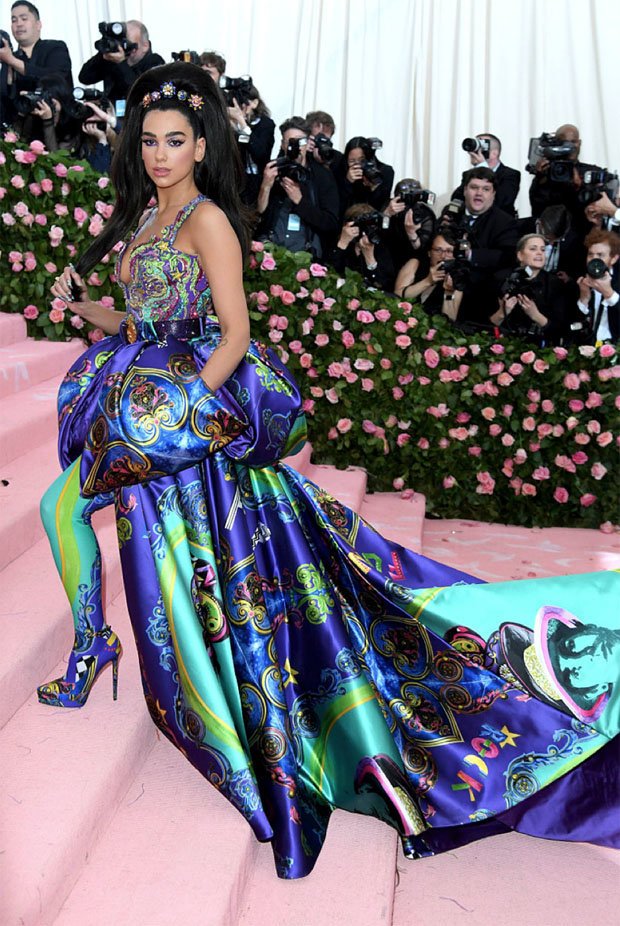 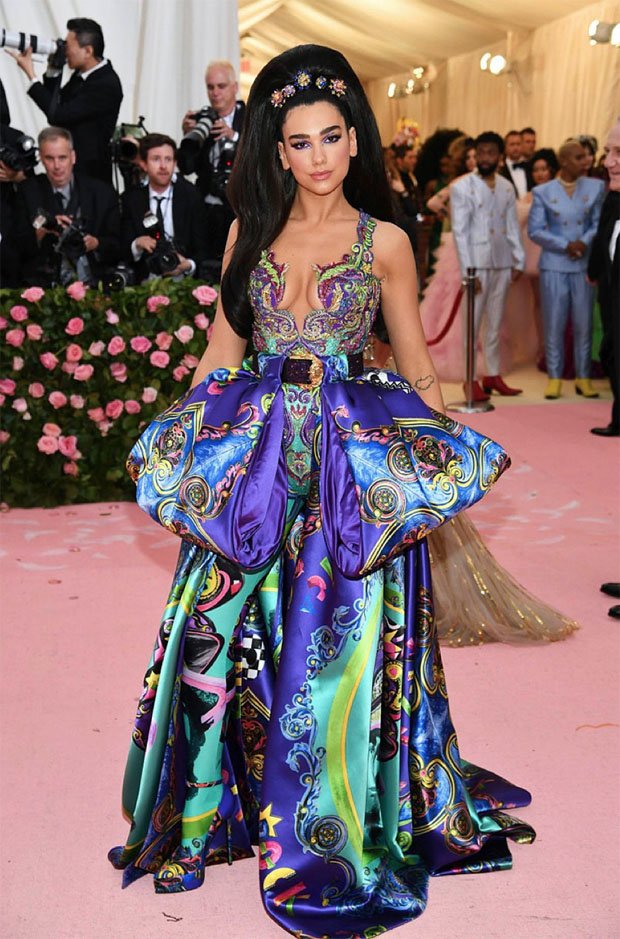 Pop star Dua Lipa, 23, wholeheartedly went with the theme of this year’s gala, as she arrived with a towering head of hair and a multicoloured gown.

Swirling around her bust, the dress featured an enormous bowtie at the waist and a deep-V neckline.

Though we’re used to seeing her with a cropped brunette bob, on Monday night’s red carpet her hair was worked into a voluminous 60s up-do.

One Twitter user labelled the statement look, the “best look of the night hands down”.

After striking a few solo poses for the cameras, she was joined by her hunky chef boyfriend Isaac Carew for some extra snaps. 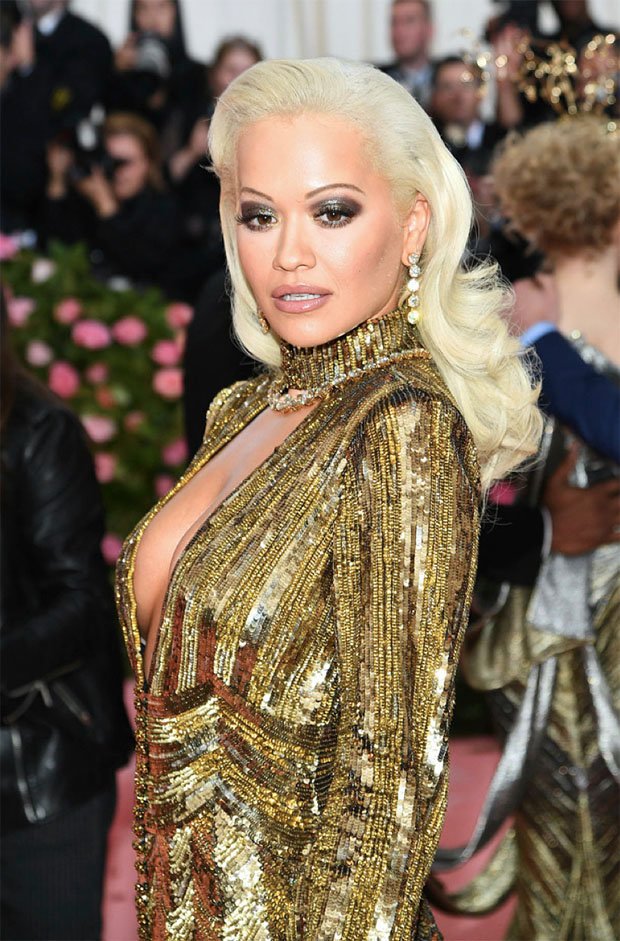 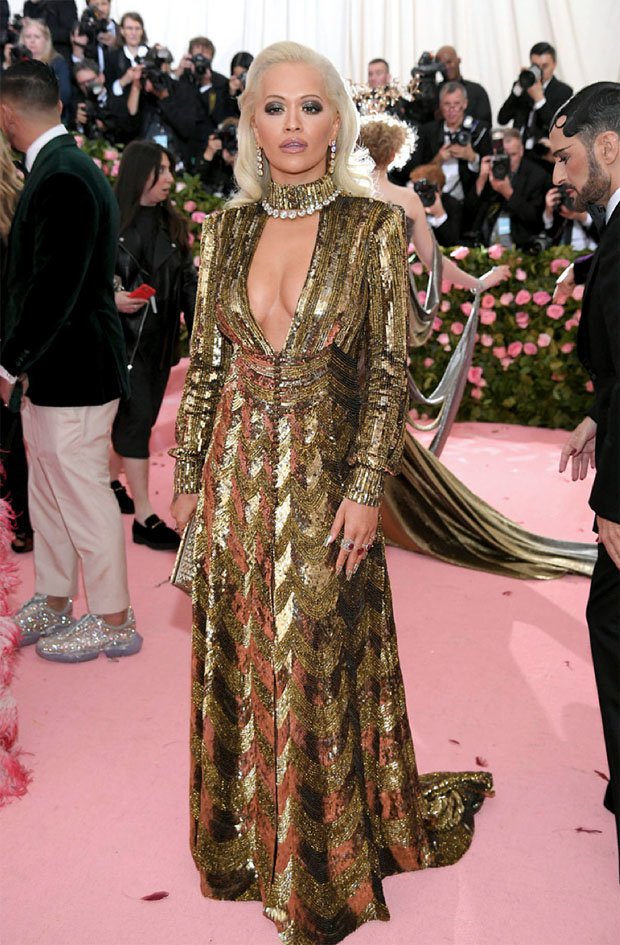 The songstress looked every inch a screen siren in her gala look, as she arrived wearing a golden floor-length ballgown.

Complete with a choker neckline, a cut-out at the bust, and delicate buttons snaking up the front, the dress put her spectacular figure on full display.

Side by side with pal Kate Moss, the duo oozed sophisticated sex appeal on the red carpet. 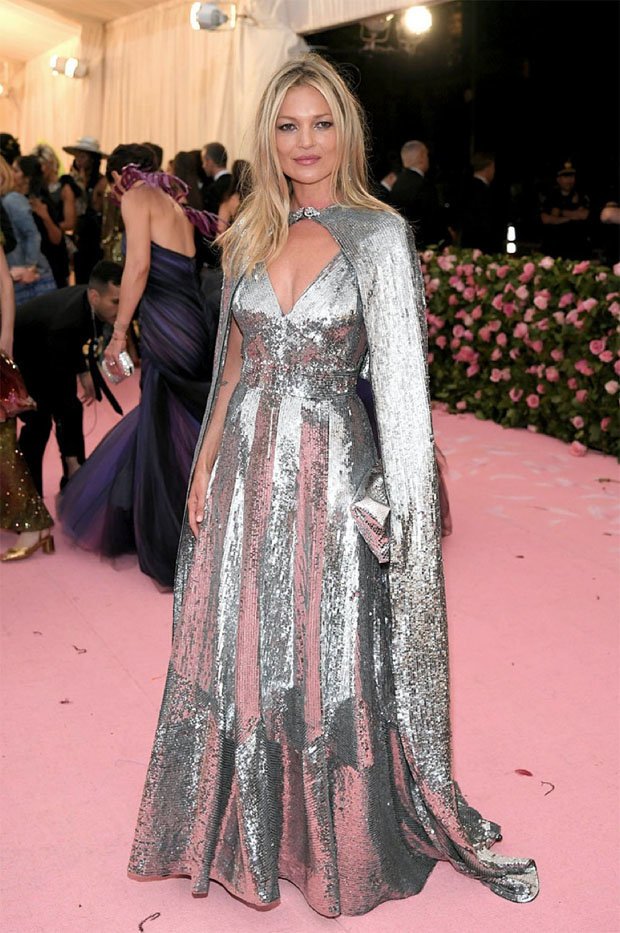 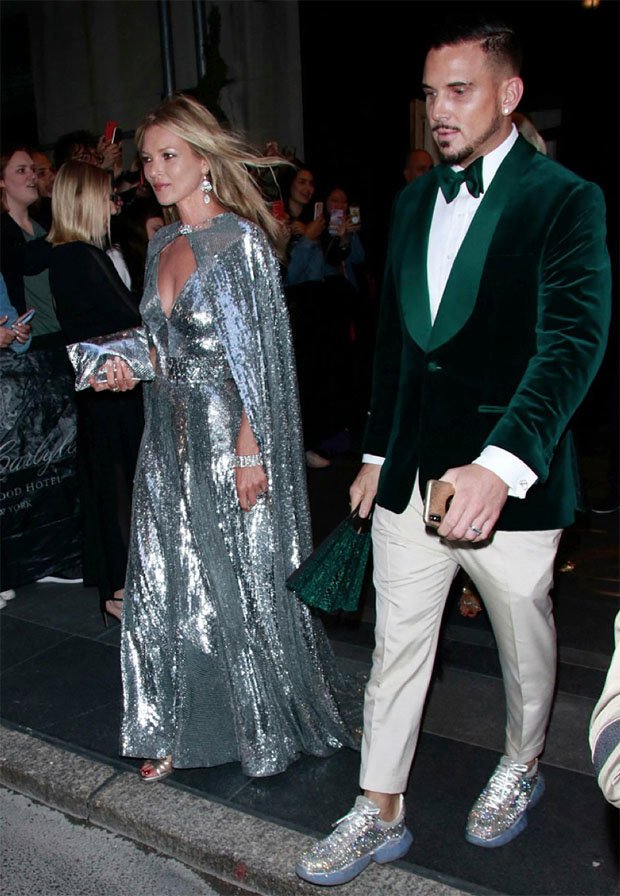 The legendary supermodel is never one to shy away from a statement look, as her silver ballgown suggested.

Plastered in sparkling sequins, it featured a plunging neckline and a matching cape.

The 45-year-old wore her blonde tresses down in waves and added a metallic clutch bag.

As she strutted, she was joined by fashion designer Marc Jacob’s hubby Char Defrancesco, who wore a green velvet blazer. 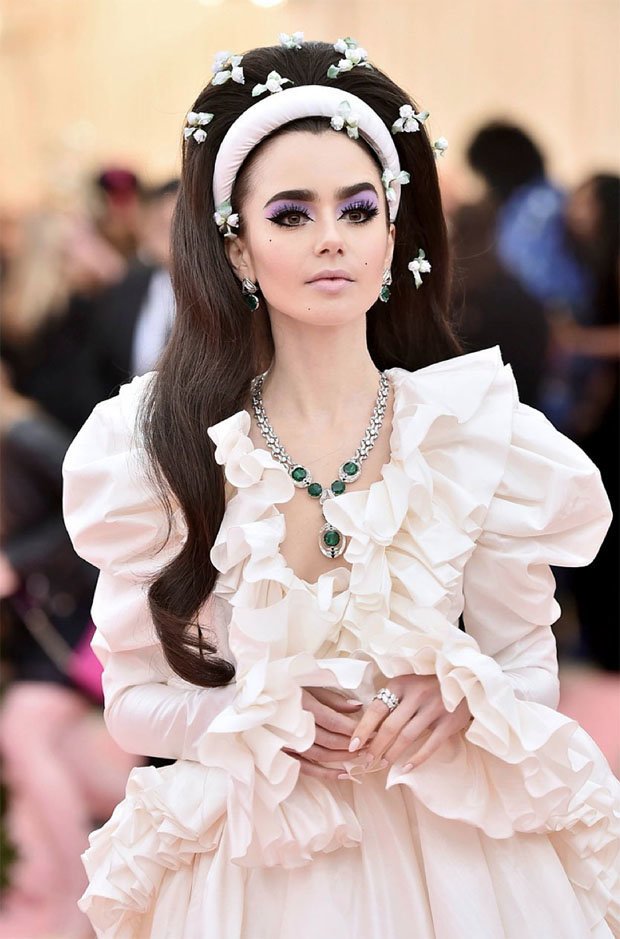 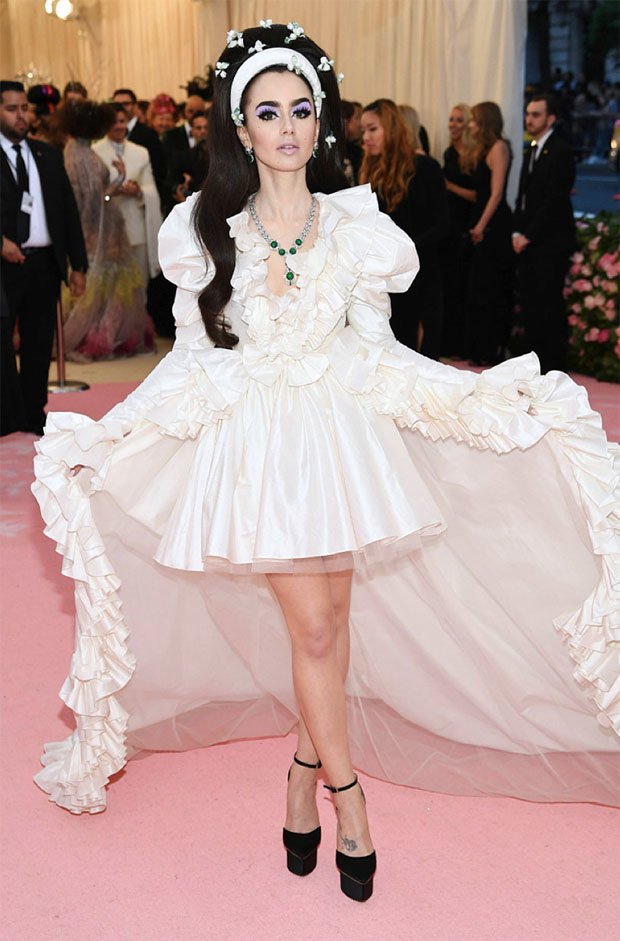 While Dua Lipa’s hair was piled high off her head, actress Lily Collins, 30, outdid herself with a ginormous up-do.

Over Twitter, fans likened her to Elvis Presley’s bride Priscilla, as she worked a 60s style outfit on the red carpet.

Flowers were added to her brunette locks, and her eyes were enhanced with a soft lilac shadow.

Covered in ruffles, her cream gown flowed into a train, trailing behind her on the museum staircase. 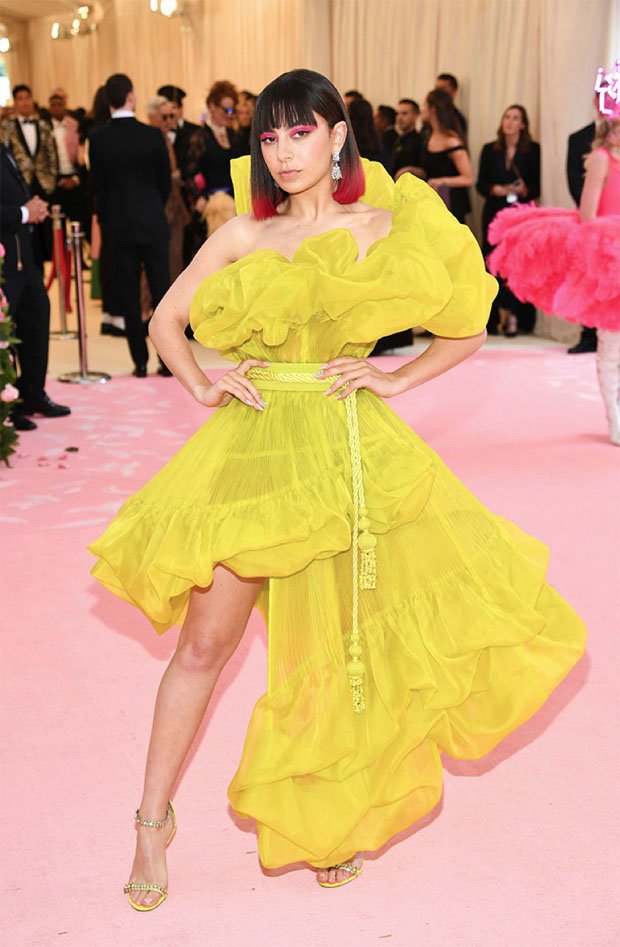 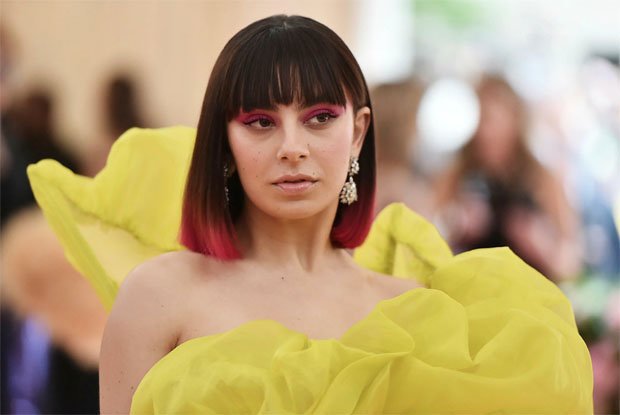 Making her Met Gala debut, the 26-year-old songwriter pulled out all the stops on Monday night.

Looking as chic as ever, she matched the tips of her hair to her flaming red eyeshadow.

Her fans gave it the thumbs up over Twitter, with one gushing: “Charli XCX killed it”.