Britney Spears shared an appreciation post for her BF of four years Sam Asghari, thanking him for being there ‘through the hardest years’ of her life.

Britney Spears gushed about her “cute asshole” boyfriend Sam Asghari on Wednesday, Aug. 25. The pop star, 39, shared an appreciation post for her personal trainer boyfriend, 27, of four years on Instagram and seemingly alluded to her conservatorship battles against her estranged father Jamie, who has been in control of her estate since 2008.

“Not only has this cute asshole been with me through the hardest years of my life but he happens to be an extremely good cook,” Britney captioned the post. She then made the case for her boyfriend to join the Fast & Furious franchise like a supportive girlfriend. “Fast & Furious franchise, don’t miss out on your next star,” the pop star added.

The duo began dating in 2017 after Sam appeared in Britney’s music video for “Slumber Party” in 2016, starring as her love interest. The personal trainer has been vocal with his support for his girlfriend since the February debut of Hulu and FX’s documentary Framing Britney Spears helped reignite public interest in the pop star’s legal arrangement. While Britney did not publicly respond to the doc at the time, Sam issued a supportive statement about his “better half” a day after the doc’s premiere. 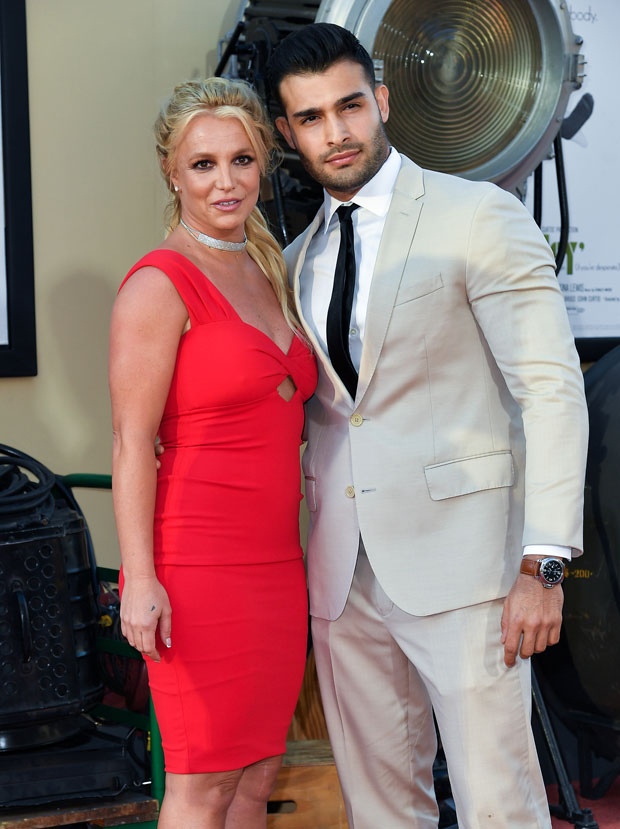 “I have always wanted nothing but the best for my better half, and will continue to support her following her dreams and creating the future she wants and deserves,” he told PEOPLE. “I am thankful for all of the love and support she is receiving from her fans all over the world, and I am looking forward to a normal, amazing future together.” The support continued a day prior to Britney’s very first conservatorship court appearance in June when the trainer wore a #FreeBritney t-shirt.

During her first court appearance on June 23, Britney slammed the conservatorship as abusive and offered harrowing testimonies on how it has stripped her of her basic autonomy. In subsequent follow-up hearings, Britney called for the removal of Jamie and expressed her desire to sue her entire family. On August 12, Jamie agreed to eventually step down from his role “when the time is right” to avoid a “public battle” with his daughter.