Former Countdown maths whizz Carol Vorderman, 58, was filmed playing the game Rock, Paper, Scissors with a train passenger, but soon became stunned by a magic trick she showed her. At first, the presenter was filmed losing a round of the game and later called the passenger “cheeky” for reminding her she was losing. Carol was then seen cheering after she won on her second attempt. Sporting a red hoodie, she could be seen waving her arms around in excitement while train passengers laughed.

Come on Carol, don’t let me down.

The mystery stranger then challenged Carol to another round, telling her friends: “I can’t let Carol beat me.”

She then lost the light-hearted game, but celebrated with the train passengers anyway and ordered a gin and tonic.

The mother-of-two was later seen getting involved with a magic trick with the same female passenger.

The latter was seen holding out a coin before saying to the host: “Come on Carol, don’t let me down.”

Carol then witnessed the passenger flipping a coin before she could close her hand and appeared stunned at the result.

Carol shared the humorous clip to her Twitter page with her 400,000 followers. 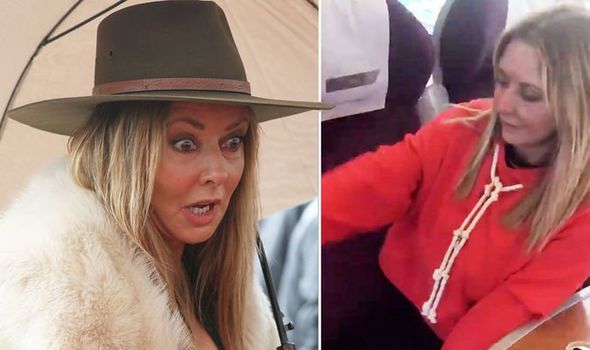 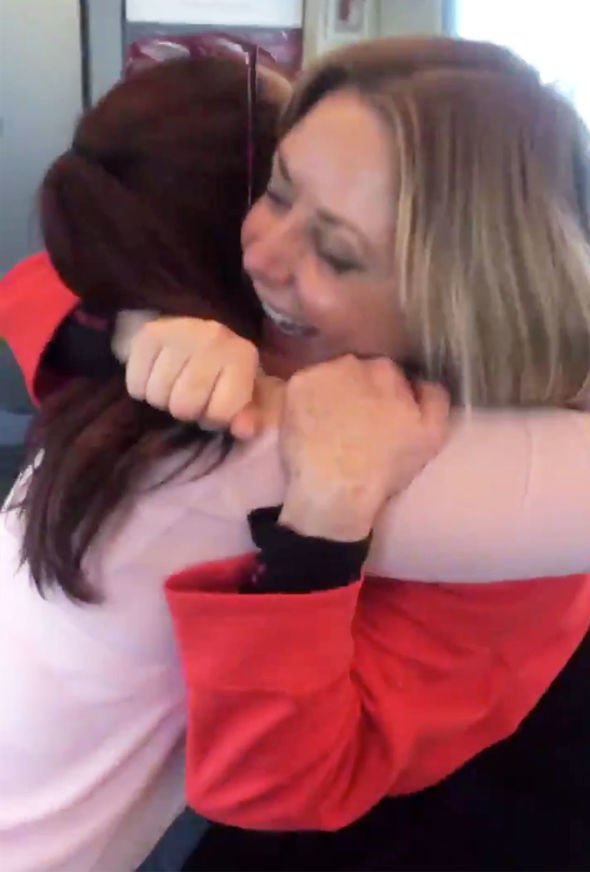 She wrote: “Dashed for train, in scruffs, make up off, 3 great girls got on at Macclesfield.

“They asked for selfies, then I lost at Rock Paper Scissors.”

Carol then branded the women “genius” for showing her the magic trick.

She added: “Then they taught me this trick, swap the coins before you can close yr hand [crying with laughter emoji] #Genius @theadoredsnob #TheyGotOffAtWolverhampton #TopGirls.”(sic)

One of the train passengers responded to Carol’s tweet, commenting: “You were living your best life.” 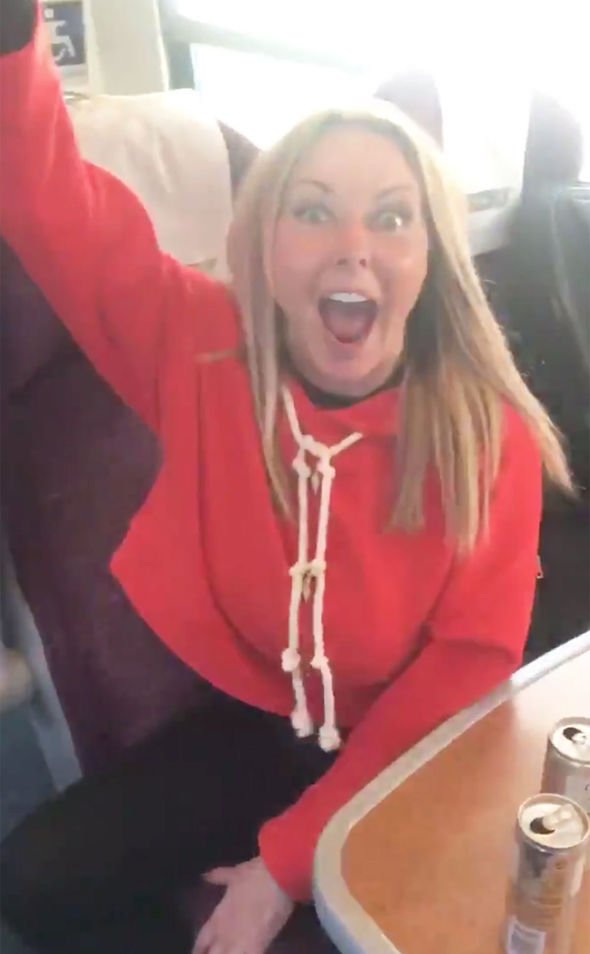 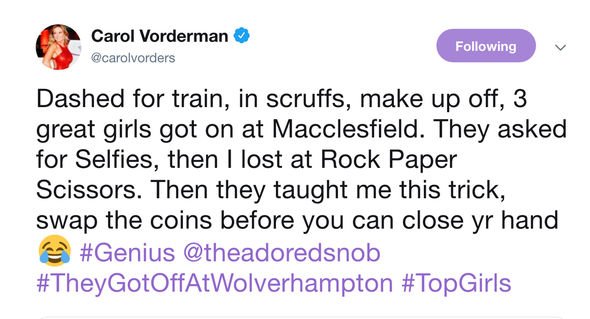 She then shared a video of the moment they played Rock Paper Scissors, adding: “Thank you for such laughs and giggles.

“I can’t get the picture on that only the sound sadly…. jeez. Hope Sian’s hangover (she had to have one!!!) is OK.”(sic)

Another fan commented: “Ahh,this is lovely,” while a second added: “Great video.”