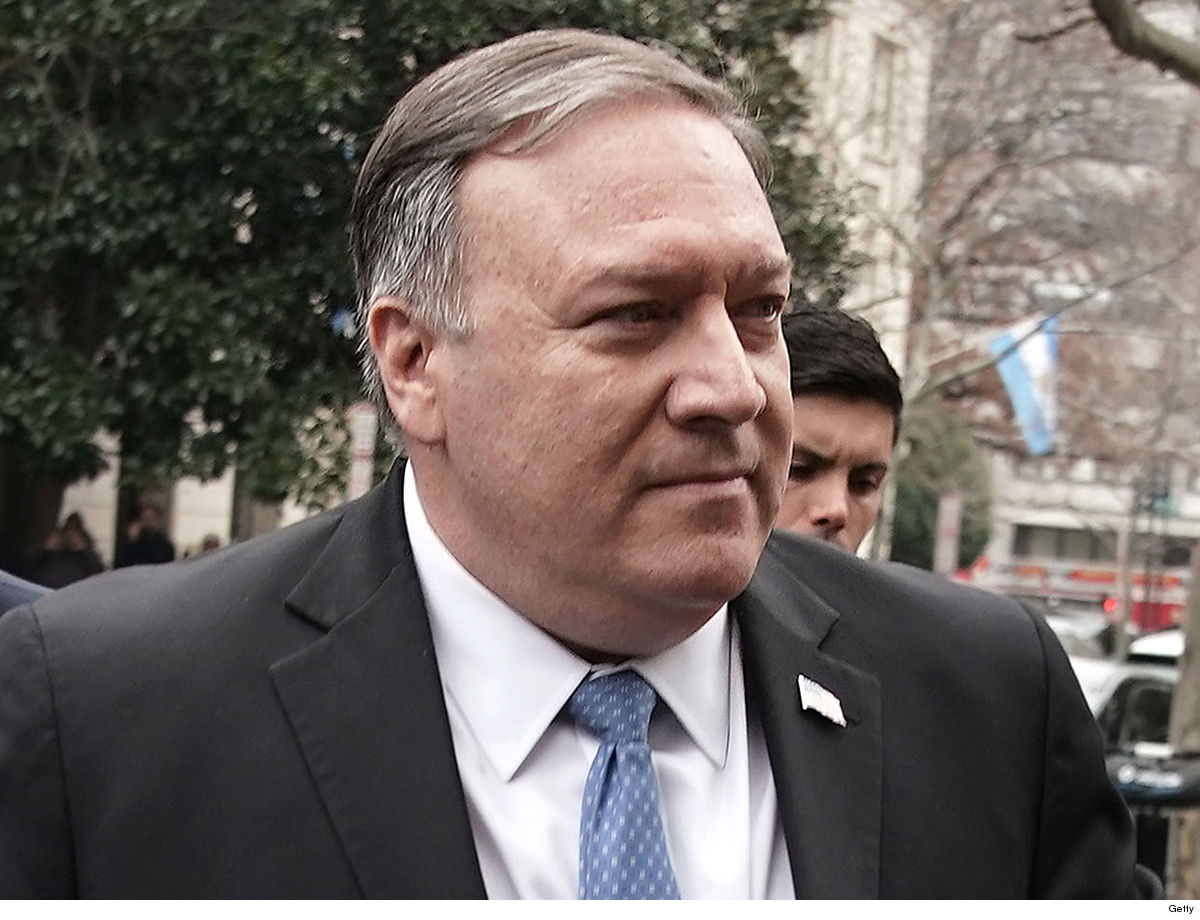 Secretary of State Mike Pompeo‘s trip through L.A. was almost interrupted by a driver who hit one of the local officers helping escort his motorcade — we say almost ’cause the rest of the fleet kept on going.

Law enforcement sources tell TMZ … a CHP officer on a motorcycle was broadsided Saturday while blocking traffic for Pompeo’s motorcade, which was getting off the 405 freeway at the La Cienega exit. We’re told a driver — who was going about 20 MPH — made an illegal U-turn and clipped the guy.

Video of the scene shows the officer lying on the ground and being tended to by fire personnel that responded. Our sources say the officer was transported to a local hospital with minor injuries and is expected to make a full recovery.

Meanwhile, we’re told the rest of the motorcade continued on its way … seemingly unaware of the accident that just occurred behind them. That, or they were in a hurry to get the SoS somewhere ASAP.

It appears the driver in question lost his bumper in the collision too, but got out of his car to survey the damage. It’s unclear if any arrests were made on the spot.

No official word on what Sec. Pompeo was doing in town — he’s supposed to fly to Russia this week to handle some official diplomatic business, and is set to meet with Putin himself on Tuesday.