The case of Chrishell vs. Christine continues. Chrishell Stause isn’t happy with Christine Quinn for calling her a “victim” amid her divorce from Justin Hartley.

Everything Chrishell Said About Justin Hartley on ‘Selling Sunset’

The 39-year-old soap star took to Instagram on Tuesday, August 18, to react to her Selling Sunset costar’s recent remarks.

Alongside a screenshot of Quinn’s quotes about Stause’s “victim mentality,” the actress fired back: ”I am a victor of many things and thriving. I can’t wait for you to get there so you can stop with this nonsense.” 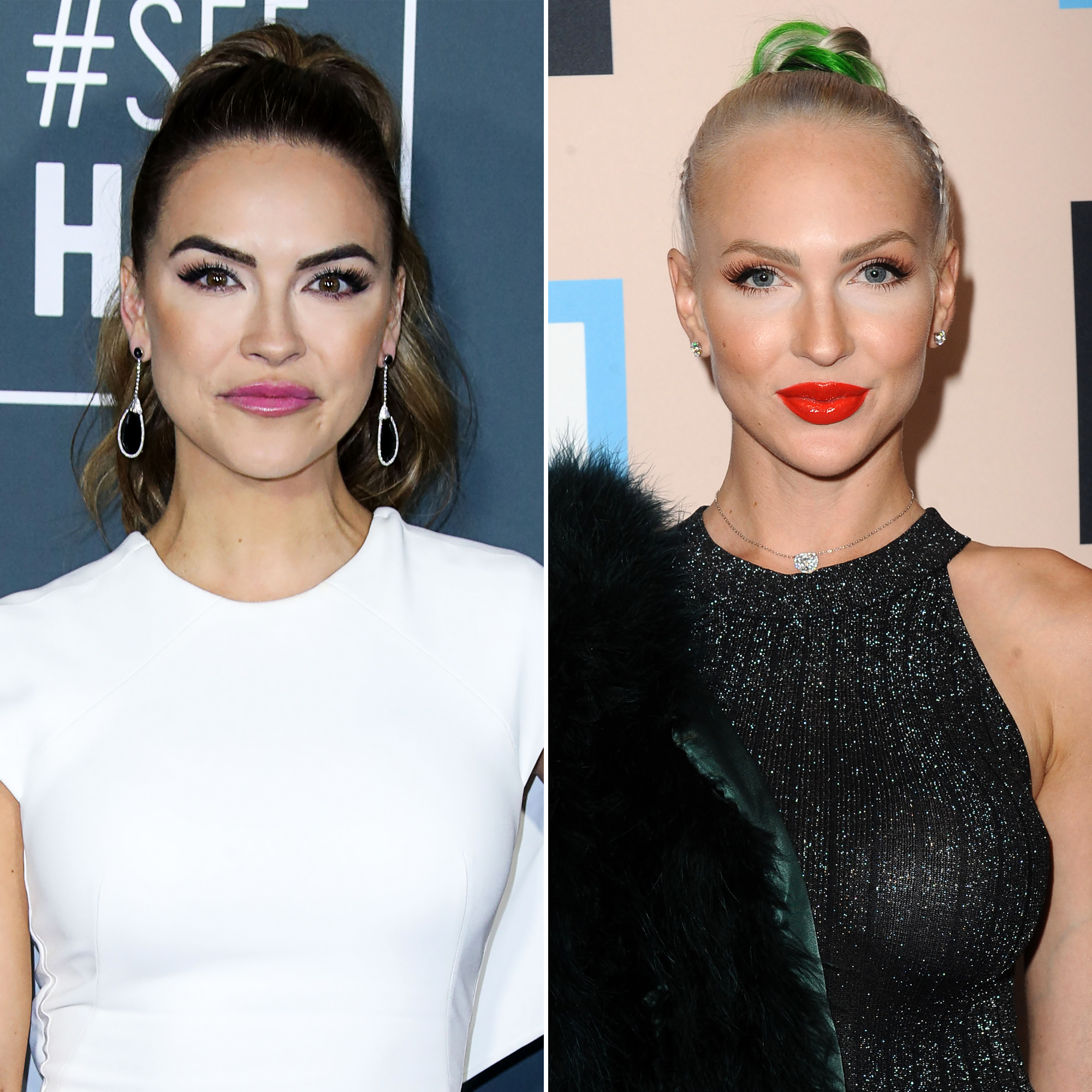 While Stause and Quinn, 31, have been at odds since the All My Children alum joined the Oppenheim Group during season 1 of the Netflix reality show, the recent drama seemingly stems from Quinn’s appearance on the “Not Skinny But Not Fat” podcast. During her chat with host Amanda Hirsch, Quinn accused Stause of overreacting after the Dallas native spoke about her split from Hartley, 44, in the press.

Justin Hartley and Chrishell Stause: The Way They Were

“I think what she was honestly mad about was the fact that, you know, she’s trying to, you know, have this portrayal of Justin Hartley being such a bad guy and just walking out on her,” Quinn said. “But, you know, I don’t know. I mean, I know only, like, I’ve met him and he was nice to me, and that’s what the interviewer asked me and that’s what I was going off of. … Maybe, she got mad that I was saying he’s a nice guy.”

Last month, Stause slammed Quinn for claiming she and Hartley went to therapy before he filed for divorce in November 2019.

“Then you go watch the interview and you realize, like, she’s just being dramatic for no reason,” Quinn told Hirsch of Stause’s clapback. “But she kind of has and always has had this, like, victim mentality. She’s always the victim of something. And I don’t know why she feels that way. I wish she didn’t.”

The end of Stause and Hartley’s relationship was a major topic of conversation during season 3 of Selling Sunset, which started streaming earlier this month. After a source told Us Weekly exclusively that the This Is Us actor is “irritated” his estranged wife spoke about the split on the show, executive producer Adam Divello revealed that Hartley’s team turned down an opportunity for him to appear on the series.

“I know [Chrishell] really wanted him to be on it,” the Hills creator told The Wrap earlier this month. “And they were newlyweds and they were living a new life and had just bought a new house. You know, she had a big, huge, fun part of her life happening that she couldn’t show on TV, on the show. So I think she was bummed out about that, I think we all were. But I think just because of the contracts, or whatever the case may be, that he wasn’t allowed to be on our show. So it wasn’t even something we thought about [for season 3], honestly, because we never had access to him in the first place.”

Is ‘Selling Sunset’ Coming Back for Season 4? Everything We Know

Hartley has subsequently moved on from Stause with Sofia Pernas. After the real estate agent “liked” a tweet that implied he was unfaithful, Hartley’s first wife, Lindsay Korman-Hartley, with whom he shares 16-year-old daughter Isabella, came to his defense in a lengthy statement via Instagram.

A source close to Hartley also told Us that the rumors he was unfaithful are “absolutely false,” noting he “didn’t even start talking to Sofia until the spring of 2020.”

While Netflix has yet to renew Selling Sunset for season 4, Stause teased on August 15 via Instagram that the cast got “good news.”