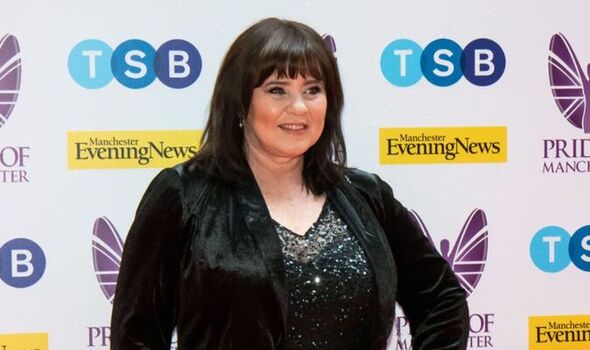 Loose Women’s Coleen Nolan has told how there is both “hope” and “help” after losing a loved one. The TV star and singer, whose sister and bandmate Bernie died from cancer, talks about grief with some of her celebrity friends in a new podcast.

The 57-year-old explained how Bernie’s premature death from breast cancer in 2013, as well as losing her parents and brother-in-law, impacted her.

Her aunt Teresa also died of skin cancer in February.

She admitted she will never get over Bernie’s death, but that she has learnt to live with it.

Coleen said: “I think it was a really important podcast to do, having experienced a lot of grief, and a lot of loss, and a lot of moving forward from it.

“With Bernie, it was so shocking really and so unexpected. But because I didn’t see her every single day – I live in the North, she lived in Surrey – I had this thing in my head, ‘Oh she is still in Surrey. It’s fine’. It was only the odd time where I’d think ‘I must text Bernie’ where it would hit me, she’s not there.”

She added: “The actual physical pain, that’s going to happen. Talking and not feeling alone can help. But all I can say is that gradually… I’ll never get over losing my sister, but I’ve learnt to live with it and I can think of her and smile and miss her for the joy she brought to us.

“The one thing grief takes away from you is hope, initially. You think there’s no hope, I’m never going to get over this. All I can say from experience is that there is hope. There’s always a reason to carry on. And, more importantly, there’s help.”

Despite worrying the podcast might be “depressing”, Coleen said that often the conversations ended in laughter, though it is important that people are not judged for how they grieve.

“The one thing everyone has in common is guilt. It is a natural thing, you start looking back thinking, ‘I wish I hadn’t had that argument, I wish I’d seen them more’.

“But again, talking about it and hearing that everyone I spoke to had experienced guilt in some form, is comforting. You just need to hear someone say you don’t need to feel that guilt.

“If someone loses a loved one and they want to go out that night because that makes them feel better, it’s not for me to say, ‘well you shouldn’t, that’s disrespectful’. I believe that whatever helps you get through, obviously not self medicating, should be encouraged and not judged.”

She described her own natural response to grief: “I’m not good at it. I will cry my eyes out when I find out someone has passed away, but then instantly shut it down and carry on and almost ignore it.

“But that’s my way of coping, I like to believe that they’re still there and I’m just not seeing them today. Some people worry about me, they’re like, ‘you don’t let it out enough, just cry’, and I’m like, ‘I can’t cry because if I cry I won’t stop’. I’m hoping I’ll get better with that.”

Talking, Coleen reckons, is the solution to many of the difficulties people face when grieving, something that women historically have been better at.

“It was great having Jake talking so openly about it and being on camera crying, I think that will mean a lot especially for young guys. My dad’s generation, and even my generation, men were brought up to think big boys don’t cry. I love that my son’s generation do talk about their feelings.”

One of Coleen’s most precious things is her family. She says they are “lucky” to have such a large support system.

She revealed sister Linda has gone “through every emotion you can imagine” after losing her parents, sister, husband and now living with incurable cancer.

“Yet she is one of the strongest people. She hates it when I say she is strong, she always says ‘I’m not strong, I just have no choice’. Linda will often say ‘right guys, I’m not seeing any of you today because I’m having a couch day’. So we let her do that. Two days tops and then we’re battering her door down.