Conor McGregor allegedly got in another fight outside the Octagon … this time a DJ claims the champ punched him in the face and broke his nose.

Francesco Facchinetti, a famous DJ from Italy, says he and his wife were hanging out with Conor and his fiancee in Rome and, at around 2:30 AM Sunday, Conor threw a punch landing on his face. Facchinetti says the attack was unprovoked. 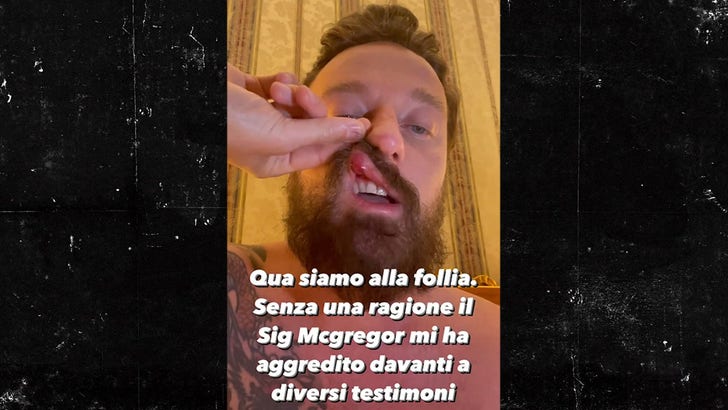 Facchinetti, who posted a video that clearly shows injuries, says they were all “having fun” earlier in the evening … so much so, Conor invited them to tag along to another party. It appears they didn’t leave because Facchinetti says that’s when Conor threw the punch in front of 10 witnesses.

Facchinetti was quick to say he’s suing Conor … “I took a punch for nothing. That punch could go to anyone. My friends, my wife, or other friends. That’s why I decided to sue Conor McGregor because he is a violent and dangerous person.” 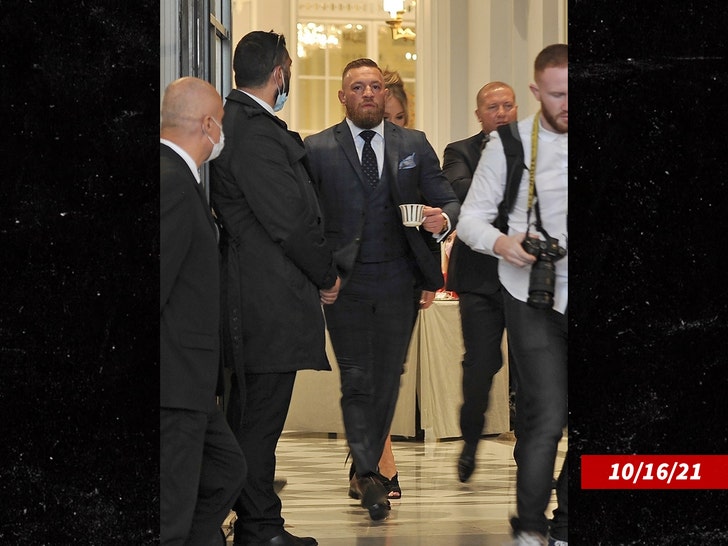 Facchinetti’s wife posted what she claims went down …“Then out of nowhere, he threw a punch in the face of Francesco. He was inviting us to another party. Francesco said, ‘Okay, let’s go’ and he hit him. Luckily, he [Francesco] was very close so he [Conor] couldn’t load up on his punch. Francesco flew back, fell on the table, and then on the ground. The first thing that came to mind was ‘are we kidding? Is it a show?’ Then I was paralyzed.

She went on … “I turned around and saw that his friends were holding him against the wall because he wanted to continue beating Francesco. Then they took him away. I turned on the light and the guards turned them off. Francesco was bleeding. I wanted to help him and the guards chased us away. He will stay in Italy until October 26th. If you see him stay away from him. Don’t go near him and ask for autographs because he is an unstable and dangerous person.”

Conor’s had numerous incidents where he’s flown off the handle, from throwing a dolly into a UFC tour bus, to smashing a cellphone, to attacking a guy at a bar. As for this incident … we reached out to Conor’s rep … so far, no word back.