Danny Baker, 61, who has this morning been fired by the BBC, uploaded an image showing a well-dressed man and woman holding hands with a monkey, who was in a suit.

The picture on his Twitter came with the caption: “Royal baby leaves hospital,” hours after Prince Harry and Meghan Markle introduced royal baby, named Archie, into the world.

The former Radio 5 Live DJ later deleted the picture, which was posted in view of his 501,000 followers, and apologised after receiving backlash.

What the f**k did we ever do to Danny Baker?

In a tweet shared to his 62,900 followers, Danny John-Jules said: “What the f**k did we ever do to Danny Baker? Well Danny Baker can kiss this monkey’s a**e and @talkRADIO can wipe it afterwards.

“Their line-up is nearly as disgraceful to diversity as @LBC anyway. See my previous tweet about the ‘Attitude’ of the media bias surrounding #Megan.”

In a separate tweet, Danny John-Jules, whose parents are from Dominica, said: “Anyone defending Danny Baker is kidding themselves. Defending their OWN conscience rather than common sense.

“If go around giving it Charlie Potatoes how you’re the ‘Voice of a Nation’ ‘Leading Britain’s Conversation’ WHO the f**k are you and WHICH Britain are you talking about?”

Danny Baker apologised for posting the picture online and said his mind is not “diseased”.

He said: “Sorry my gag pic of the little fella in the posh outfit has whipped some up. Never occurred to me because, well, mind not diseased. 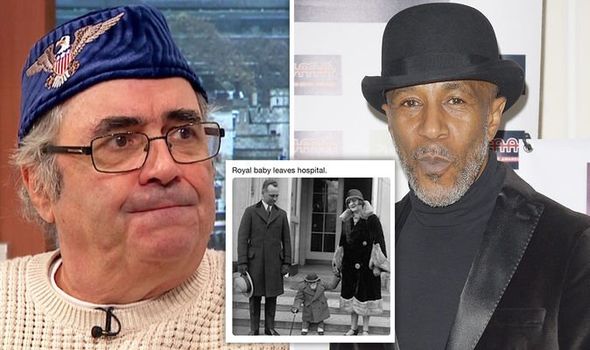 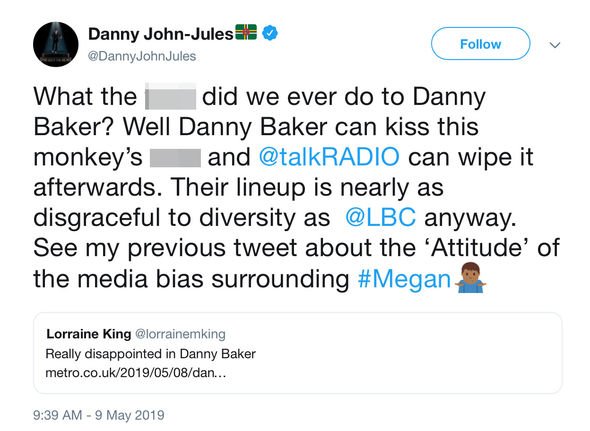 In another tweet, he wrote: “Once again. Sincere apologies for the stupid unthinking gag pic earlier.

Explaining what he thought the picture showed, he wrote in response to a Twitter user: “Money & grandeur undercut by a circus turn in a toffs suit. 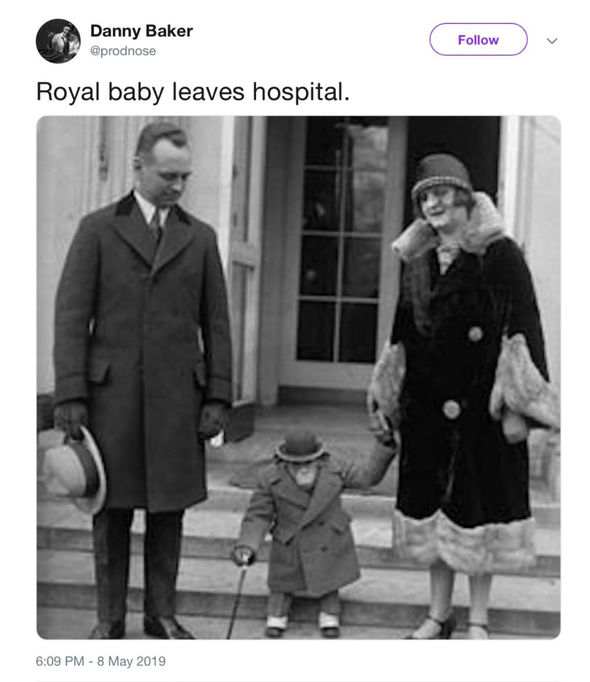 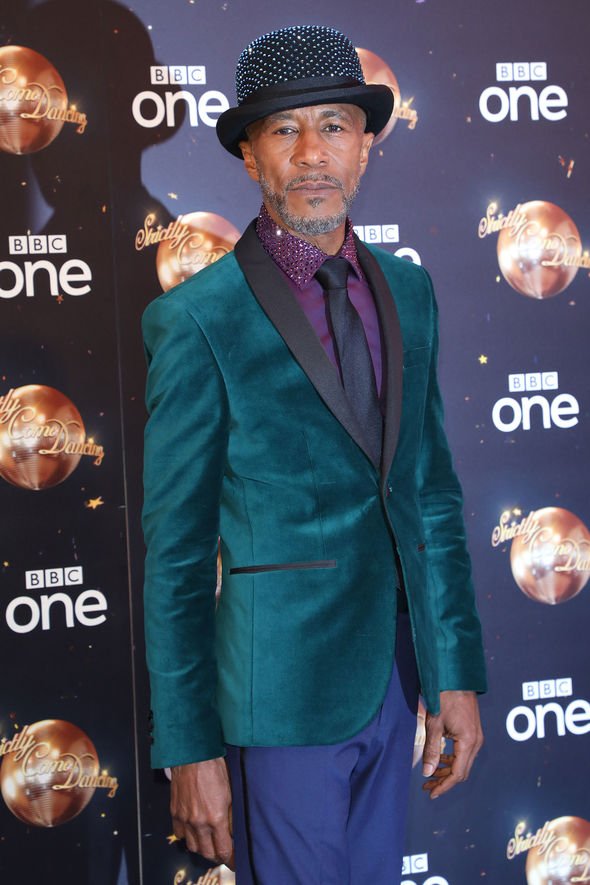 “The outfit is the joke. Once the racial thing was pointed out to me – I am far from a royal watcher Ty – of course I deleted it. All else is overheated Twitter horse s**t.”

This morning, the BBC confirmed Danny Baker has been fired after the radio host first revealed the news on Twitter.

The former I’m A Celebrity… Get Me Out Of Here! contestant wrote online: “Just got fired from @bbc5live. For the record – it was red sauce. Always.”

A BBC spokesperson told Express.co.uk: “This was a serious error of judgment and goes against the values we as a station aim to embody.

“Danny’s a brilliant broadcaster but will no longer be presenting a weekly show with us.”