Danny Baker, 61, took aim at the BBC in a Twitter rant where he blasted the corporation for sacking him from BBC Radio 5 Live over a “ridiculous tweet”. In view of his 502,000 followers, he wrote: “The call to fire me from @bbc5live was a masterclass of pompous faux-gravity.  “Took a tone that said I actually meant that ridiculous tweet and the BBC must uphold blah blah blah. Literally threw me under the bus. Could hear the suits knees knocking #F**kem.” His frustration comes after the radio DJ posted an image of a monkey in a coat, with the caption: “Royal baby leaves hospital.”

The star later deleted the picture, and apologised after receiving backlash.

At the time, he said: “Sorry my gag pic of the little fella in the posh outfit has whipped some up. Never occurred to me because, well, mind not diseased.

Despite the backlash, Danny has continued to post as he later tweeted: “Now, it’s started raining. Perfect #IntoEveryLife.”

In an earlier tweet, the presenter said he was no longer a part of the BBC, as he penned: “Just got fired from @bbc5live. For the record – it was red sauce. Always.” 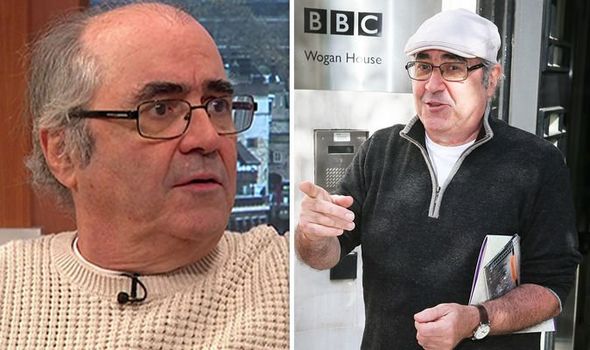 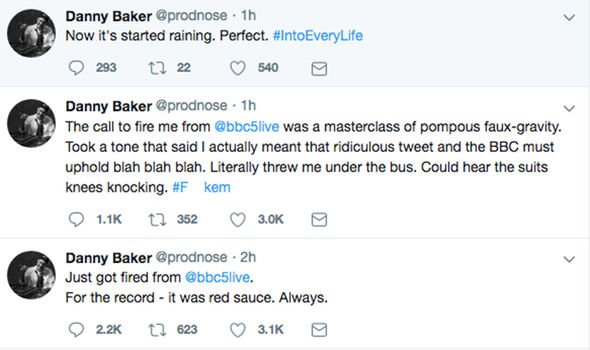 He wrote: “Once again. Sincere apologies for the stupid unthinking gag pic earlier.

However, his apology did not go down well as outraged Twitter users called for Danny to be fired.

One person commented: “Danny Baker posts an image comparing Archie – a Royal newborn with African heritage to an APE. Danny Baker should be sacked by the morning!!!” 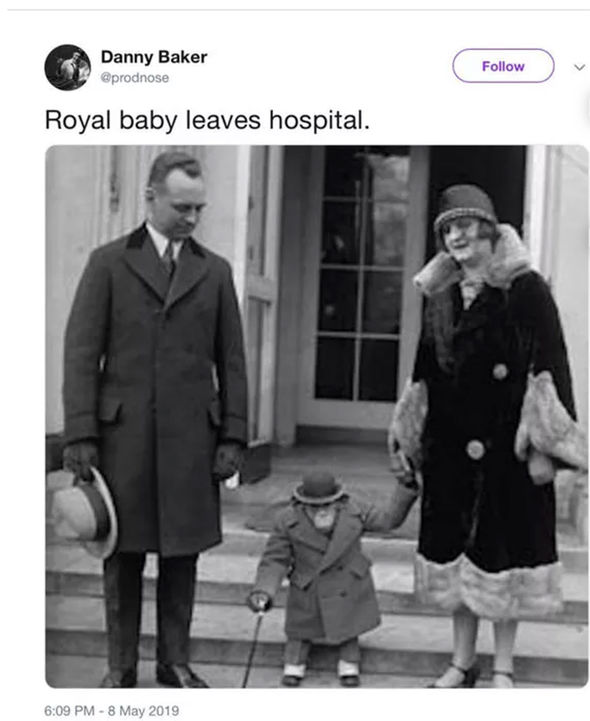 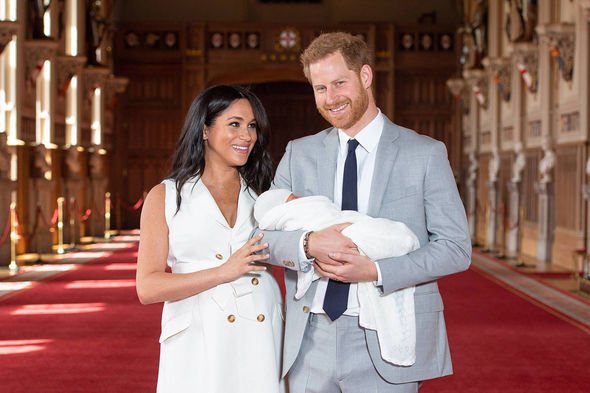 Another person replied: “I wouldn’t expect such a tweet from Danny Baker. Racist or naive? He should be smarter than either.”

TalkRadio presenter, Julia Hartley-Brewer, also commented about Danny’s tweet and wrote: “I want to give Danny Baker the benefit of the doubt, but I’m really struggling to find any reasonable explanation for this tweet, now wisely deleted.”

In a tweet shared to his 62,900 followers, the actor stated: “What the f**k did we ever do to Danny Baker? Well Danny Baker can kiss this monkey’s a**e and @talkRADIO can wipe it afterwards.

“Their line-up is nearly as disgraceful to diversity as @LBC anyway. See my previous tweet about the ‘Attitude’ of the media bias surrounding #Megan.