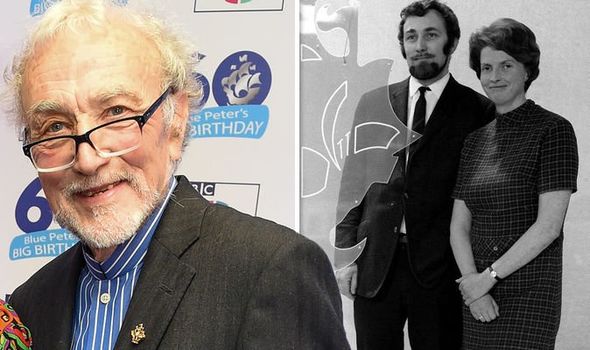 Blue Peter and Newsround creator Edward Barnes has died at the age of 92.

The sad news was confirmed by producer, Richard Marson, who had been informed of Edward’s death by former Blue Peter editor, Joan Maureen ‘Biddy’ Baxter.

The former editor-in-chief of the hit show wrote on Twitter today: “I’ve just taken a call from Biddy Baxter to say that Edward Barnes has died at the age of 92.

“One of the true greats of children’s TV, founding father of Blue Peter, creator of Newsround, Swap Shop and much more but also a dear and loyal friend.”

Edward is one of the founders of the BBC children’s show, which was first created by John Hunter Blair in 1958.

The programme was then developed by a team at the BBC fronted by Baxter, with Edward an assistant director.

The television executive went on to act as producer for Blue Peter.

Following his work on Blue Peter, Edward became Deputy Head of Children’s Television in the 70s.

During his time in this role, Edward also created Newsround.