Actress Gabourey Sidibe is getting married! The ‘Empire’ star told fans about her betrothal to Brandon Frankel and showed off her beautiful diamond engagement ring.

Wedding bells will be ringing in 2021 for Gabourey Sidibe. The Empire star flashed a big diamond ring from her boyfriend Brandon Frankel in a Nov. 24 Instagram photo and video. The 37-year-old and the marketing and branding expert have been together since 2019. But according to the actress, they’re so close that people already believed that they were married! The couple showed off how adorable they are together while making the big announcement in an sweet IG video.

“Hi” Gabby said to the camera with a big smile, as Brandon behind her did the same. She then held up her left hand do show a glittering diamond ring on it. “AHHHHH! I put a ring on it!” Brandon exclaimed excitedly, as Gabby grinned sweetly and said, “That’s it. That’s all we wanted to say,” followed by a hearty laugh. Brandon then made it clear — just in case everything that came before it wasn’t obvious enough —  by announcing, “We’re engaged.” 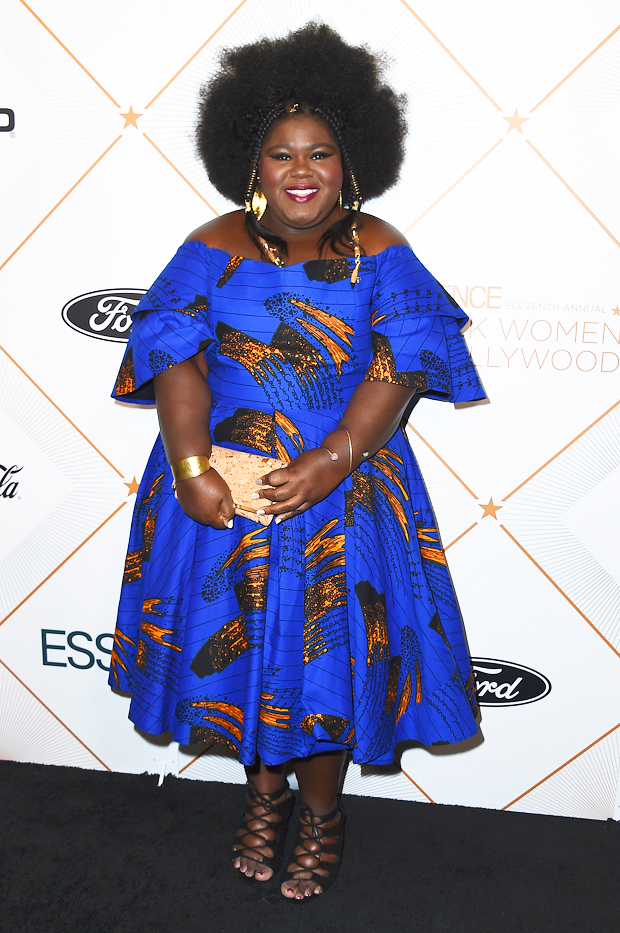 “It’s weird that people think we’re already married but I guess our hearts and intentions for each other are just that clear to see. My BFF proposed and now I get to hold him forever,” Gab wrote in the caption to the video and the photo, which showed her holding her hand over her face with the ring clear as day, and Brandon posing with a goofy expression behind her.

The Precious star called Brandon, “The funniest man I’ve ever met. The sweetest human to exist. @brandontour made up a song for when i put my bonnet on at night. The second I look a bit stressed and overwhelmed, he jumps into action to take over what he can for me. Every moment with him is a joy.”

“He is the partner I thought I was too independent to need. I’ve learned so much about myself through him and I feel grateful and excited to learn more about the entire world with him by my side. My partner, my best friend, my cats’ daddy, my mans, my heart, my fiancé!!!,” she concluded her caption. Underneath in the comments, Brandon wrote, “I LOVE YOU TIL THE END OF TIME” to his bride to be. The couple has been sharing so many sweet videos together throughout quarantine, where they’ve been adding to their feline family. Gabby even wished Brandon a Happy Father’s Day on June 21 on behalf of her kitty Aaron.