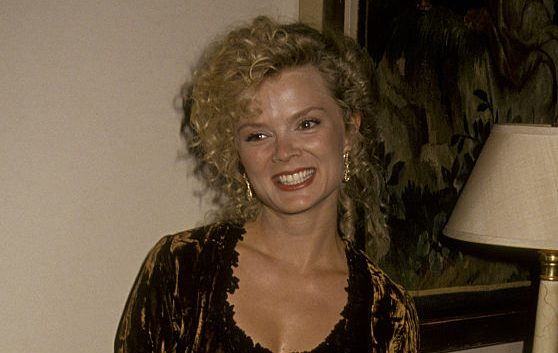 Romy Walthall, best known for starring in Face/Off and The House of Usher, has died aged 57, her son Morgan Krantz has confirmed.

In the 1997 action film Face/Off she played Kimberly, the secretary to John Travolta’s character Sean Archer.

Her other film roles include the thriller Thief of Hearts in 1984 and A Bunny’s Tale in 1985. It told the story of an undercover investigation into the working conditions of Bunnies at Playboy Clubs.

Walthall also had a varied career in television, playing Audrey Wilkes in L.A. Law and Rita in the series Man of the People about a man with a shady past who replaces his wife on a city council.

Her most recent film credit was 0s & 1s in 2011 which Krantz co-wrote and starred in as James Pongo, a man whose life spirals after his computer goes missing. Walthall then retired from acting and became a teacher, Variety say, working in San Fernando Valley.

Her daughter Isabella paid tribute on Instagram, saying of her mother: ‘Thank you mommy for making me a hustler, a smooth talker, a cuddler, a dreamer. A LEFTY!

‘If I had it to do all over again I’d choose you every time. I will always always always love you ferociously. More than the moon with a fence around it! See you around mommy.’

A memorial was held for Walthall last week.