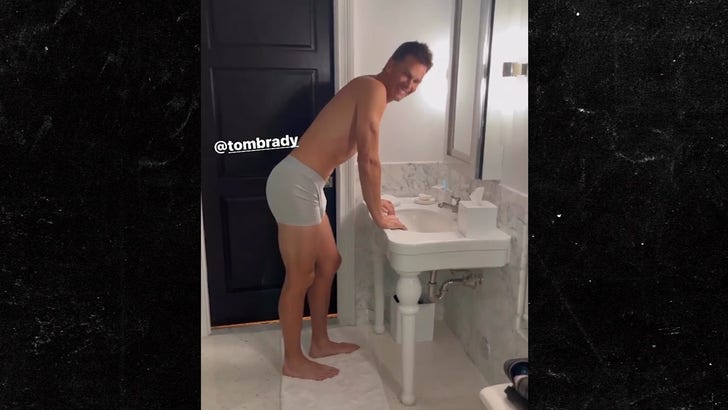 Gisele just gave us all a glimpse of Tom Brady that we’ve never seen before … showing video of the greatest of all-time in nothing but his undies!!!

The supermodel just posted video of her hubby in a bathroom on her social media page, showin’ off his fit bod and his latest Brady Brand boxer briefs.

Tom appears to be timid in the clip — but Gisele was clearly loving putting him on camera, asking the Tampa Bay Buccaneers star about his skivvies over and over again in the quick vid.

Tom, with some sly hand placement to make sure the camera didn’t capture too much of his body, eventually threw a towel over his wife’s phone — before the video ended.

As you know … Brady ventured into the retail industry at the beginning of this year when he launched his own Brady Brand clothing line, and it seems the next item he’s lookin’ to hawk is underwear.

And, hey, if you look half as good as the 44-year-old, 7-time Super Bowl champ does in them … might be worth the investment??