Attorney General James announced that Cuomo created a “hostile work environment for women” and that he engaged in a pattern of “unwelcome and nonconsensual touching” and made comments that were “suggestive” sexual nature” to his female employees in her report. According to the New York Post, the months-long independent investigations found that Cuomo sexually harassed 11 women in the workplace. The investigation results were put into the 165-page report released by James, resulting in calls for Cuomo’s resignation.

But as we mentioned, not everyone is turning their back on Cuomo just yet. Keep reading to find out how Trump ally Giuliani came to Cuomo’s defense. 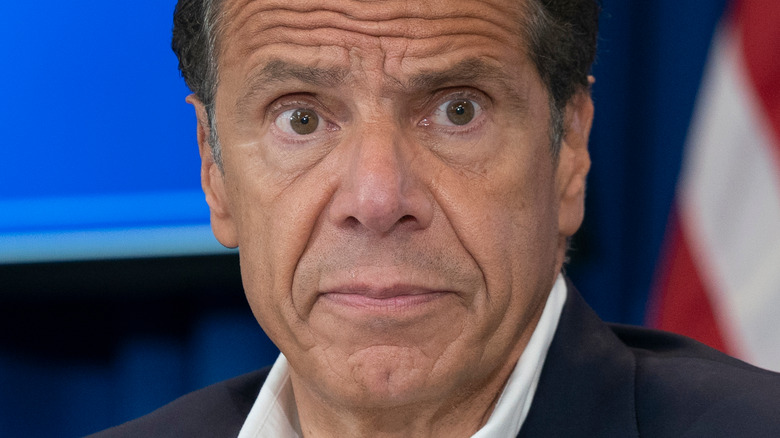 Believe it or not, one of Donald Trump’s biggest allies, Rudy Giuliani, is sticking up for Andrew Cuomo. According to the New York Post, Giuliani is urging people not to find Cuomo guilty just yet. Giuliani tweeted his defense of Cuomo on August 3. “Today’s AG James ‘trial by press conference’ marks the end of Due Process and Constitutional Law as we know it in America! Conviction by press conference, investigative report and media verdict without a trial became illegal one thousand years ago.”

Giuliani continued his defense of Cuomo, tweeting in a separate post, “The truth of the charges against Cuomo should be determined by a trial of an impeachment and/or an indictment, not by the media. Also, the covered up allegations of sending the elderly to death in nursing homes, rather than to available safe beds, should be tried by a jury.”

Giuliani’s passionate defense of the New York governor is surprising for several reasons. First, his son, Andrew Giuliani, wants to unseat Cuomo. Second, during the January 6 Trump event in Washington D.C., the former New York City mayor called for a “trial by combat” to overturn the election results, which caused a stir. But what the two New Yorkers do have in common is being investigated for their questionable actions, and clearly, that’s enough for Giuliani to take a side.