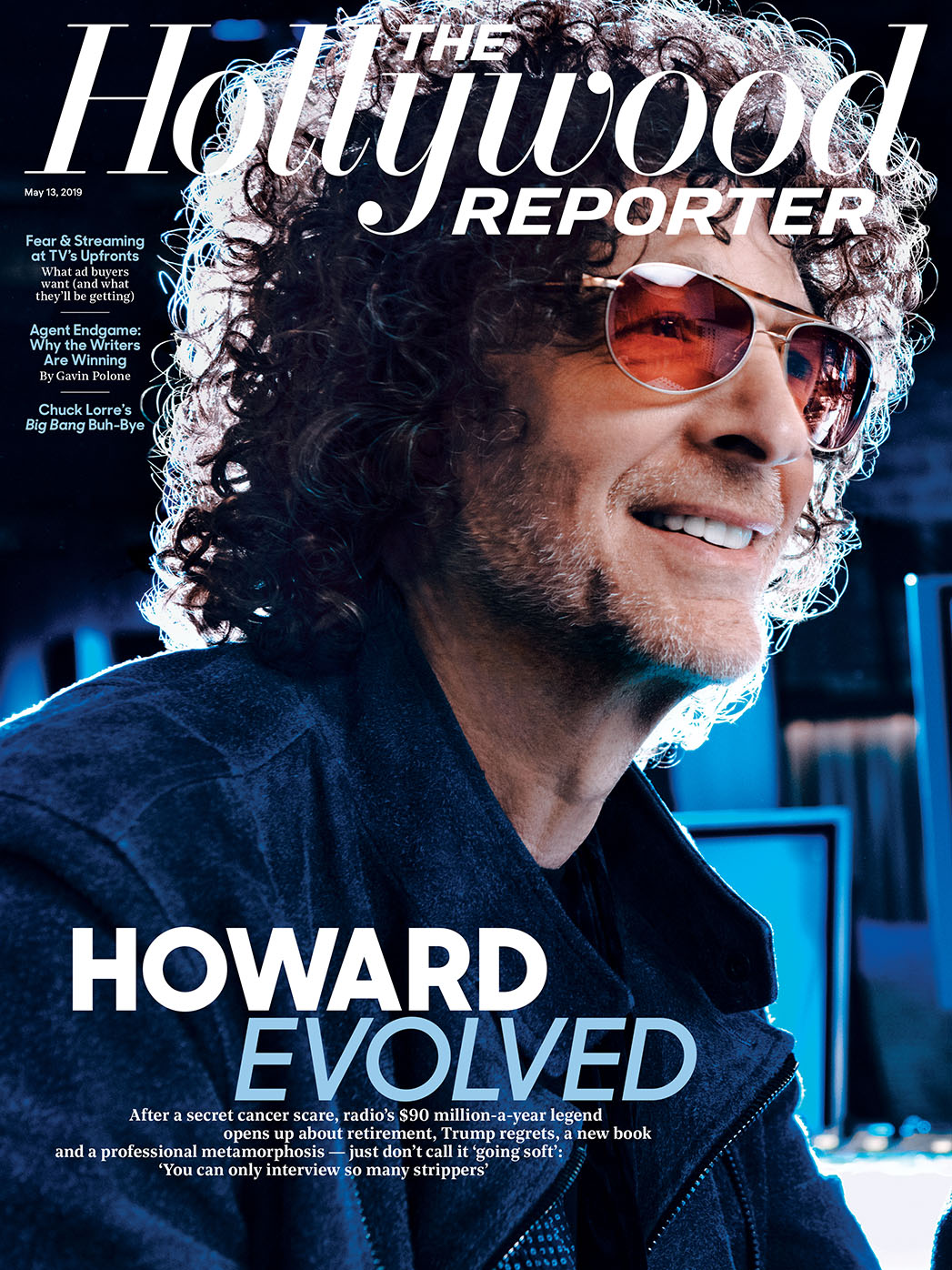 Years ago, when I was trying to explain to people at a party what I did for a living, an older man from New York said “oh like Howard Stern,” and I took it as the biggest compliment. Howard used to be much edgier and ruder as a radio host, but he changed and grew, a lot of us do that, and now he’s known as a friend to celebrities. He’s had two bestselling books out, and there’s a new one coming next week called Howard Stern Comes Again. It has transcripts of his favorite interviews and some personal stories he’s never revealed before. The Hollywood Reporter has a profile and interview with Howard to promote the book, and it’s a great read on his career and philosophy. Howard gets very self-reflective, he admits he was an a-hole to celebrities and to his family, and he also reveals that he took three days off work for surgery in May, 2017. He needed to have a growth removed from his kidney which could have been cancer. (It wasn’t, and he kept the reason for his absence from the audience until now.) I especially like how he backed down from his feud with Wendy Williams. (In March Wendy said Howard had lost his edge and went Hollywood. He then trashed her and called her a nobody.) Howard also sounded like he felt somewhat guilty for helping humanize Trump by letting him be on his show so often. He backed down on giving him publicity once Trump secured the nomination. Here are some excerpts:

On his heydey and what an a-hole he was
I didn’t know what was up and what was down, and there was no room for anybody else on the planet. I remember thinking, ‘How could I have missed out in my life on someone so special because of some dumb posturing on the radio?’

On how America’s Got Talent helped humanize him to the public
I had a reputation as a stark-raving lunatic before tha. I went from America’s nightmare to Santa Claus. Literally, people were putting their kids on my lap.

Gwyneth Paltrow’s 2015 interview in which she got bawdy, turned things around for him
Sure enough, we start talking, and she’s fascinating, and I’m getting to know her, and then she goes: ‘One of the things you can do to make your man happy, ladies, is, like, sometimes in the middle of a fight, I just blow him. It ends everything.’ So, she took me there.

He hasn’t talked to Trump since Trump asked him to go to the Republican National Convention and he declined
It was a difficult thing because there’s a part of me that really likes Donald, but I just don’t agree politically. A more self-serving person would have gone all in on Donald because I’d probably be the FCC commissioner or a Supreme Court justice by now.

He supported Hillary and kept trying to get her on his show
There’s a segment of my audience that really gets turned on to people they thought they hated because we tap into their humanity. They were like, ‘F-k Lady Gaga, why are you having her on?’ And then it’s over, and they go, ‘Shit man, I’m going to go see her in concert.’

He admits Wendy Williams may have been right about him
That was me at my worst. I thought she was saying that I was a piece of shit and I sucked. But as [I hear it] now, I don’t see it as an offense at all. If ‘Hollywood’ means that I’ve evolved in some way and the show has changed, then yeah, she hit the nail on the head.

Howard isn’t sure if or when he’ll retire, but he’s been daydreaming about it. He’s 65, but I don’t see him leaving his post anytime soon. I think he’ll be working for at least 10 to 15 more years, he just loves it so much and he’s so good at it. It’s also kind of cool to think that he reinvented himself in his late 50s. He’s really open, honest and willing to change and that’s why he has so many fans. As for his feud with Wendy, I bet that he also heard about her sad personal life and feels bad for that reason too.

Oh and of course I had to check Howard’s wife Beth’s Instagram. This beautiful cat with one eye needs a home! She doesn’t get along with other cats but is sweet to people.

My dear FLORIDA friends… with a sad heart I have to share the news that former foster Mazie, despite her incredibly sweet disposition, does not get along with other household pets. She is loving to all people and is a delightful, sweet 2 year old kitty who is #perfectlyimperfect with just one eye. Her adopter wrote, “we love her to pieces and she’s so easy to care for and would make a perfect single kitty companion for someone. It’s the best for her and it’s breaking our hearts.” I thank her adopters and her resident cats for giving her so much time and patience. I thank them from the bottom of my heart. If you would like to add a super special girl to your family and have no other pets, email [email protected] ? I can assure you that you will fall madly in love immediately, like we all did. 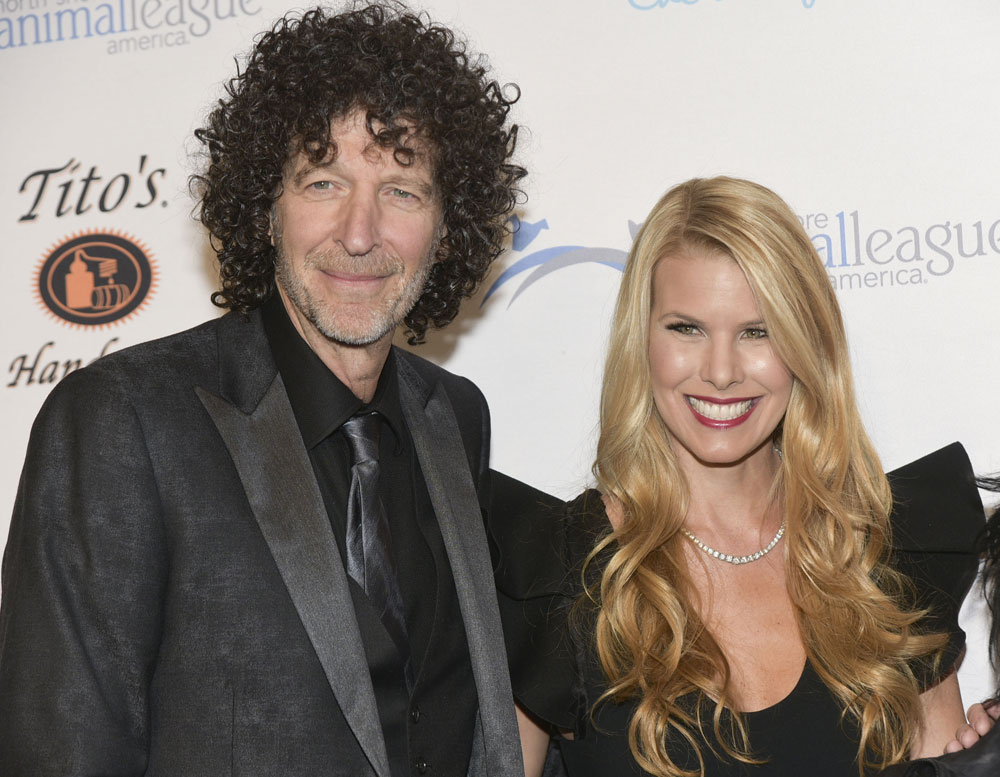