LeBron James has been commanding attention since he was only a child and burst onto the basketball scene as the greatest high school player in the country. What followed was a whirlwind for James’ professional career.

He was the first high school sophomore to receive the USA Today All-America First Team award and followed it up by being named Player of the Year by both Gatorade and PARADE magazine as a junior. While he could have entered the NBA before even completing high school, he decided to wait until after graduation.

In 2003, he was the number one draft pick and went straight from high school to the Cavaliers. He would soon become the youngest player ever to get the NBA Rookie of the Year award.

He had a long and celebrated run with the Cavaliers before enraging what seemed like the entire city of Cleveland by moving to the Miami Heat. After a brief return to Cleveland, he moved on to the Los Angeles Lakers, where he still performs amazing feats of athleticism today. Sports fans know much of that story by heart, but what they might not know is much about the basketball legend’s personal life.

Who is LeBron James’s wife, and how did their relationship begin? 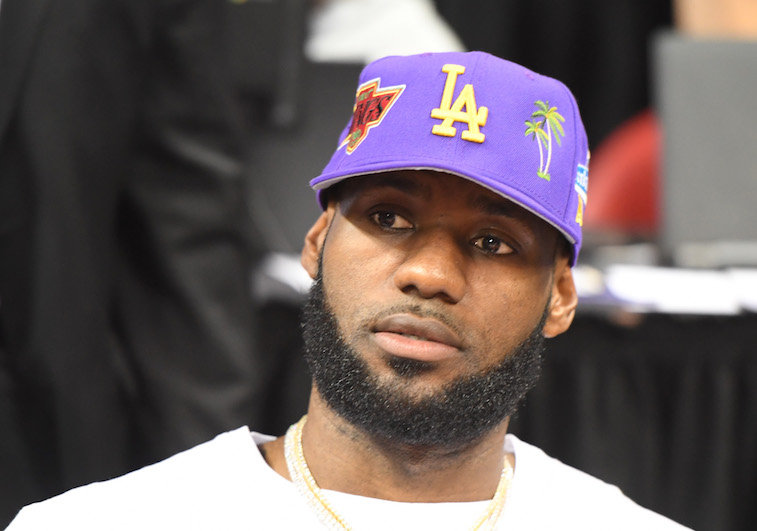 James is still with his high school sweetheart

When James went straight from high school to the national spotlight, he took his high school sweetheart with him. James began dating Savannah Brinson when they were both high schoolers at rival schools in Akron, Ohio.

They met at a football game, and though she was also an athlete (participating in cheerleading and softball), she did not know anything about James’ reputation when she accepted an invitation to watch a basketball game.

Their first date was to Outback Steakhouse, and when Brinson left her takeout box in the car, James had an excuse to go back and see her once more as he returned it to her.

The pair started their family early

Brinson became pregnant their senior year in high school, and she was scared about the future. She didn’t imagine that James would go on to be a megastar. She assumed he’d be a “hometown hero” and that the fame would eventually fade away.

James assured her that everything would be okay and that they would continue to build their lives together.

Their first child, LeBron James, Jr., was born in 2004. Three years later, the couple welcomed another son named Bryce Maximus. They added their third child, a daughter named Zhuri, in 2014. The basketball star has been vocal about his determination to be present for his children and take an active role in parenting.

They had a private wedding in San Diego

In 2014, the long-time couple officially tied the knot in San Diego at a very private event that had a strict rule against photography.

Rumors swirled about all kinds of guest appearances among the 200 people in attendance. While some said Beyonce and Jay Z performed a song for the newlyweds and that Oprah gave a speech. Who actually showed up is something of a mystery.

We do know that many of James’ past and present teammates made an appearance. Dwyane Wade, Carmelo Anthony, and Chris Bosh were all in attendance.

The peanut butter to my jelly, ham to my burger, the apple of my eye, the King of my castle…….❤ #SoProudOfMyHusband #MushyPost #MCE

LeBron and Savannah James have now been together for half their lives, and they have certainly weathered some ups and downs (such as terrifying moments when James’ injuries put his career in jeopardy).

However, James has new endeavors on the horizon, including a starring role in the new Space Jam movie—an extension of some earlier forays into the acting world.

It’s hard to say where the future will take the legendary basketball player, but it’s safe to bet that his high school sweetheart will still be by his side.