James Jordan, 42, has admitted he has noticed something “creepy” about his “daddy voice” while chatting to his baby daughter Ella. The former Strictly Come Dancing professional, who welcomed the little one with his wife Ola Jordan, 38, in February this year, took to Twitter this morning to share his worrying discovery.

James explained to his 269,000 followers that after listening back to his Instagram story videos of his cute interactions with Ella, he realised he “sounds like” a frightening horror film character.

Referencing the demonic clown Pennywise from the hit movie series It, the Dancing on Ice winner said: “Watching back my Instagram stories and realised that my daddy voice sounds like ‘IT’ The Clown.

Fortunately, in spite of the scary moment, James insisted his daughter “still finds him funny”. 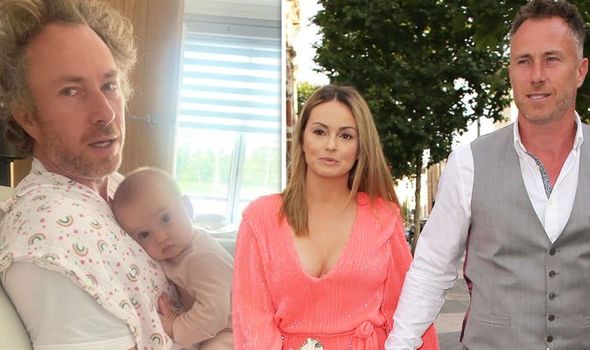 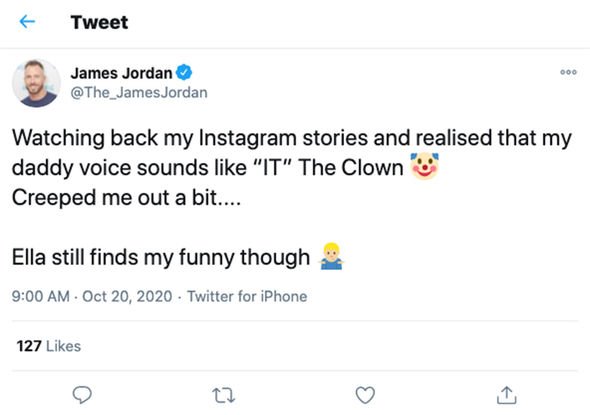 Elsewhere, James and his other half Ola have spoken out about making a big change at home after becoming parents for the first time earlier this year.

The couple had been planning on moving Ella into her own bedroom for a while, but finally made the major step earlier this month.

Although babies are usually put in their own cots at around six months, James and Ola are adamant that they wouldn’t have put their daughter, who will be eight months old at the end of October, to bed on her own before now. 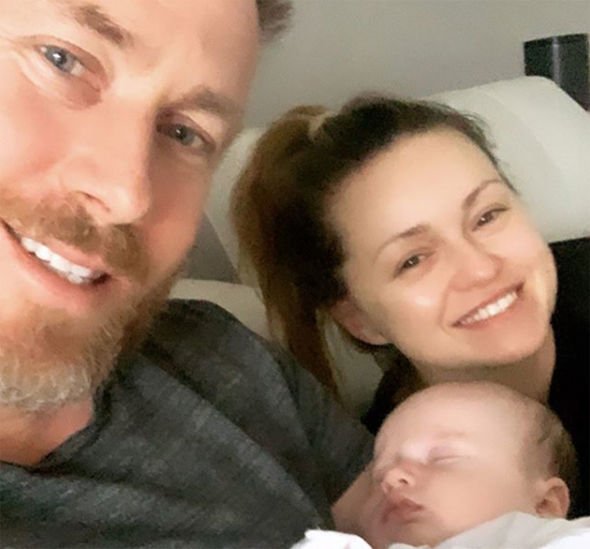 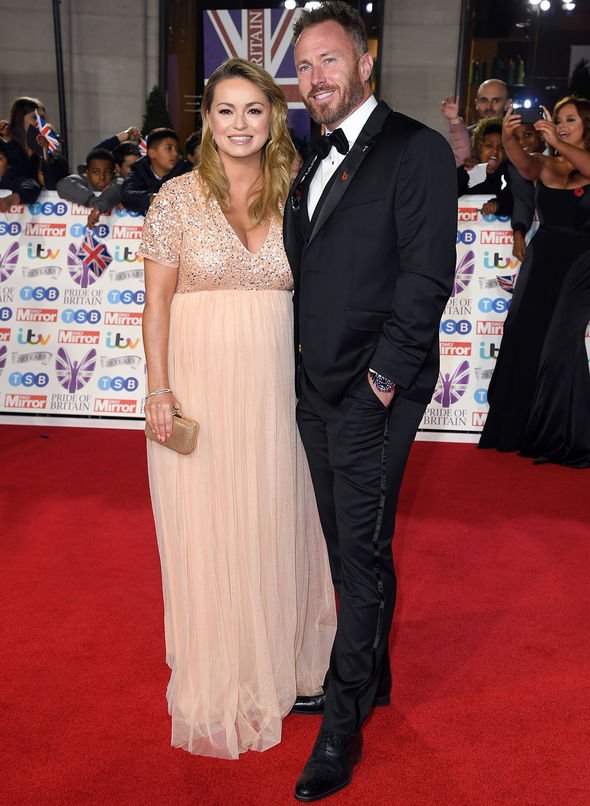 The stars found the decision quite emotional, as they enjoyed having Ella sleeping beside them in their bedroom.

However, James revealed they received a warning from his dad, Allan, who told them their daughter needed to start sleeping in her own bed.

“My dad said, ‘You should start putting her in her own bed or you’ll be making a rod for your back later on. I think you should do it,'” the Dancing on Ice winner divulged.

Allan’s words of advice had an impact on the new parents, as Ola added: “So we did it.

“We put her in her room yesterday! The day before we said, ‘This is going to be the last night she sleeps with us’.”

In spite of her determination to make the move, Ola went on to admit she struggled with the idea of it initially.

She continued: “When I was getting her ready for bed I was feeling anxious!

“I was thinking, ‘Oh my God, she’s not going to be next to me anymore.’

“I was getting all teary then I thought, ‘Snap out of it, she has to do it, she’s getting to be a big girl now,’ and she was fine!”

Fortunately for James and Ola, their decision paid off and Ella had a peaceful first night in her room.

Ola explained in the couple’s Hello! Magazine column: “When I walked in at 8am to get her, she was so happy to see me and ready to get up.

“It was a good experience last night, so I hope it stays that way.”