Remember when we thought 2020 was the most bizarre year? And then 2021 was like, “hold my beer?” Yeah, well, when it comes to relationship drama… Jason Sudeikis and Olivia Wilde’s split is turning out to be messy. It all began when Jason and Olivia’s breakup became public knowledge in November 2020. After nine years together, they decided to go their separate ways. So much for #couplegoals… *sigh*. And if that wasn’t shocking enough, in January, outlets began reporting that Olivia is dating Harry Styles. It feels soooooo weird to type that, btw. Anyway, it turns out that Jason was crushed to learn the news. 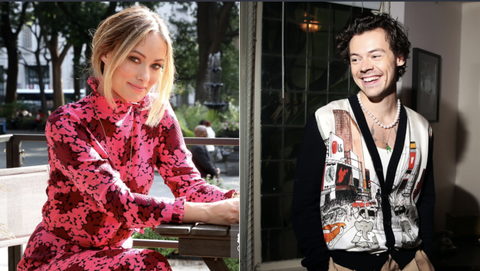 Harry and Olivia have apparently been dating for a few weeks, according to People, E! News, Page Six, and TMZ. They’re are currently working together on Olivia’s movie Don’t Worry Darling, but according to Page Six, the relationship might have led to her split from Jason (emphasis on might). One source alleges that Jason and Olivia split in November 2020 and Olivia’s relationship with Harry led to the breakup.

“Olivia and Jason were having issues, like any other couple, but Jason loves Olivia—he completely adores her, and that’s what makes this so sad. He’s always been committed to making their family work,” the insider says. Now, this is where it gets a little… muddy. According to the insider, Olivia and Jason have been dating for longer than a few weeks. “Jason found out about Harry and pushed the conversation,” the source says. “Olivia then asked for a separation and news of the split was made public.”

Hmmm… whether that’s true or not, Jason seems to be devastated. Ugh, breakups.