If you wondered what kind of home is worthy of the ‘Bennifer’ reunion, here’s a look at the multi-million dollar Miami palace where Jennifer Lopez and Ben Affleck are staying.

After taking their reunion to the chilly peaks of Montana, Jennifer Lopez and Ben Affleck decided their revitalized relationship needed a sunnier location. J.Lo, 51, and Ben, 48, arrived in Miami on May 23 and headed to her rental property shortly afterward. For those curious about what ‘Bennifer’s South Beach love nest is like, TMZ tracked down the information (SEE MORE PICS HERE). The property is a “two-story fortress,” and TMZ lists J.Lo and Ben’s beach home as being 10,000 square feet. It has eleven bedrooms, twelve bathrooms, three garages, a private gym, pool, jacuzzi, and spa. 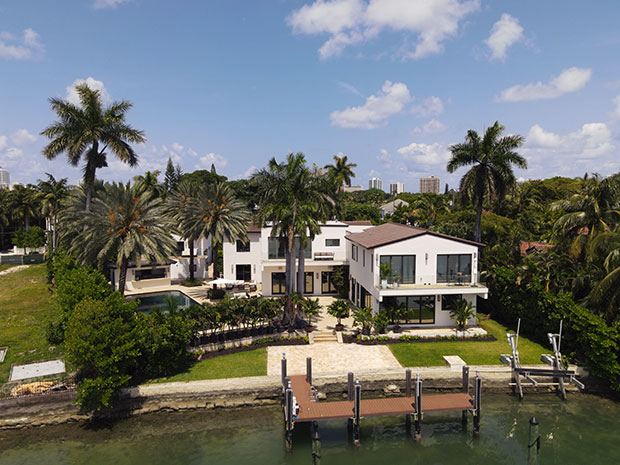 There’s also a guest house on the 27,000 square-foot lot – in case J.Lo gets sick of smelling Ben’s cigarettes whenever he pops out on the balcony for a quick smoke – and a docking area — just in case these two want to rent a boat and cruise around Miami. The photos of the property, obtained by TMZ, depict a glamorous Miami estate. The interior is a pristine white, with an open floor plan that makes the already huge property look gigantic. The dining area has floor-to-ceiling windows that look out on the waters, allowing those staying there to bask in the Florida sunshine.

The property has a balcony, that much we know. Ben and Jen hung out on the balcony shortly after arriving at the home on Sunday. While checking her phone, J.Lo flaunted her toned leg in a pose that would make Angelina Jolie jealous, and Ben just enjoyed a quick smoke break. If either packed a bag, then they could hang their clothes in the walk-in closet, and then some – from the looks of it, it’s bigger than most Brooklyn apartments. There are also plenty of spaces to host large gatherings – just in case J.Lo and Ben want to invite anyone over. 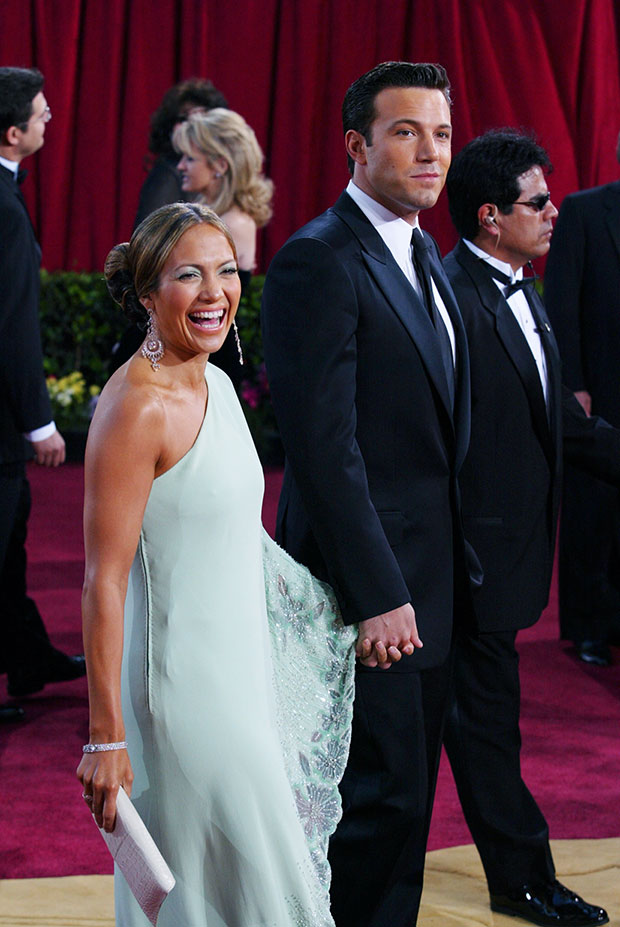 It’s unclear how much Jennifer is paying to stay at the property (SplashNews reports it costs about $130,000 to rent per month) or how long she plans to stick around. TMZ reports that the home was sold to jewelry designer Paul Morelli last month, and that he paid around $18 million for it (and that realtor Julian Johnston had the listing.) As of 2020, Jennifer was worth an estimated $150 million, per Forbes, so she could talk Paul into buying it if the price is right. (Ben Affleck is worth a reported $55 million, according to Forbes, for anyone curious.)