Fox News Flash top headlines for May 2 are here. Check out what’s clicking on Foxnews.com

Singer Joe Jonas and "Game of Thrones" actress Sophie Turner were reportedly married in a surprise ceremony in Las Vegas on Wednesday night following the Jonas Brothers' performance at the Billboard Music Awards.

The groom’s brothers and bandmates Kevin and Nick were part of the ceremony, which was officiated by an Elvis impersonator, People reported. The couple reportedly exchanged ring pops during the ceremony. 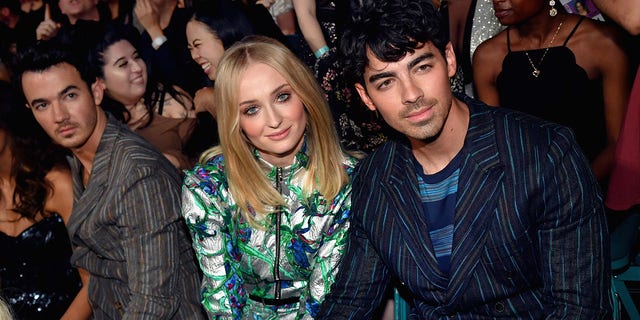 Attending the wedding were several artists who had been at the Billboard Music Awards, including Khalid, Entertainment Tonight reported.

DJ Diplo first gave fans hints of the wedding on Instagram, showing a clip of Jonas and Turner entering the chapel with Jonas' brothers.

"Gonna hit up this wedding real quick," he wrote, according to ET.

Jonas proposed to Turner in 2017 after the couple had dated for a year.

A rep for Turner confirmed the happy event to Fox News.