Congratulations are in order for John Corbett, 60, and actress Bo Derek, 64. The Sex and the City star, who may be reprising his role in the show’s HBO Max revival series, appeared on the Aug. 3 episode of The Talk and told his buddy, Jerry O’Connell, that he and Bo secretly “got married” around Christmas.

“Jerry, I can’t believe that I forgot to tell you that around Christmas time we got married. Bo and I got married!”, John said. And as you can see in the video below, Jerry O’Connell was shook. “I noticed your ring and I was gonna say something but not on live television, but wow, congratulations!” he said.

John then added, “You know, we’re pretty private people. We didn’t make an announcement. All our friends and family knew but, this is the first time either one of us has said anything publicly about it because really we haven’t had an opportunity. So, you’re my buddy, and now I guess I’m telling all of America or the world. After 20 years, we decided to get married. We didn’t want 2020 to be that thing that everybody looks back at and hated…let’s get one nice this out of it.” 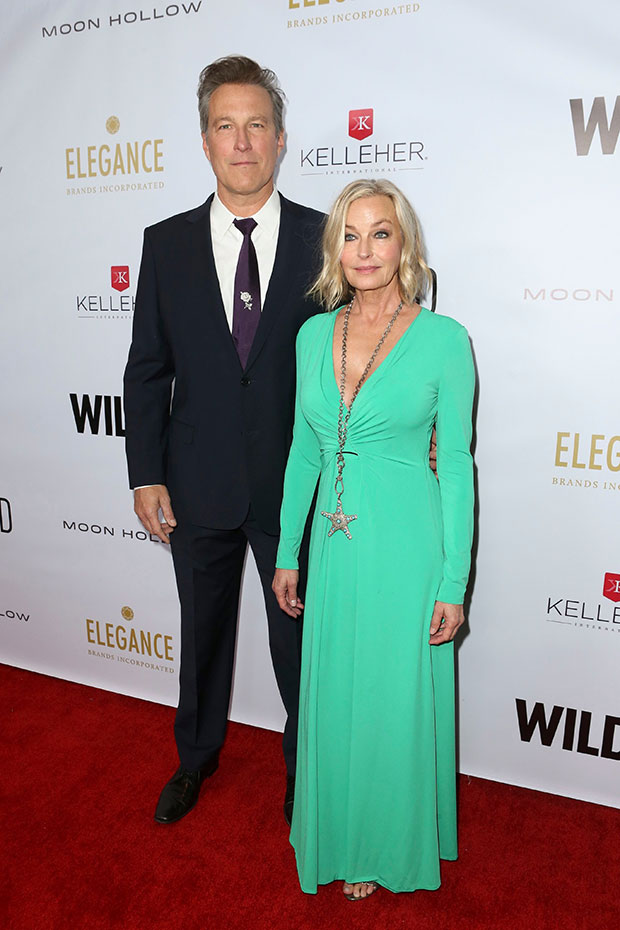 Jerry then joked: “I can’t wait to have our bachelor party!”

Bo is best known for her breakout role in the film 10, and playing Jane Parker in the 1981 film, Tarzan, the Ape Man, while her famous boyfriend is best known as Aiden Shaw to fans, who remember him from the original HBO series Sex and the City, as well as the 2010 film, Sex and the City 2. Bo and John have been dating since 2002, and they first met after being set up on a blind date. So romantic, right?