Justin Bieber cleans up quite nicely! The hitmaker surprised fans by wearing a three-piece white tuxedo in a series of photos shared on August 17.

Justin Bieber, 27 is a man of many talents, and obviously, switching up his wardrobe is one of them. On August 17, Justin traded in his typical relaxed and casual attire for a three-piece white tuxedo during a night out on the town.

The “Intentions” singer may be known for his oversized hoodies and jeans, but on Tuesday, he decided to switch it up while heading to an upscale dinner at the highly popular restaurant Crustacean in Beverly Hills. Justin proved that he cleans up quite nicely as he wore a three-piece white tux that featured a jacket with a black lapel. The singer completed the formal look with black leather dress shoes, which made the look even more dapper.

As fans would know, this isn’t the first time this month the “Peaches” hitmaker rocked a suit. On August 10, the singer shared a few snaps of him and his wife Hailey Baldwin, 24, dressed to the nines. In the mirror-style selfie, which Justin shared to his Instagram, the couple looked so in love.

In the pic, Hailey looked stunning, per usual, in a figure-hugging baby blue latex dress with most of her hair pulled back to frame her face. The brunette beauty opted for a heavy eye-makeup topped with a peach-hue pout. Meanwhile, Justin wore a black pinstripe blazer with a silk, button-down black shirt underneath. And they both accessorized their looks with some fancy jewelry. 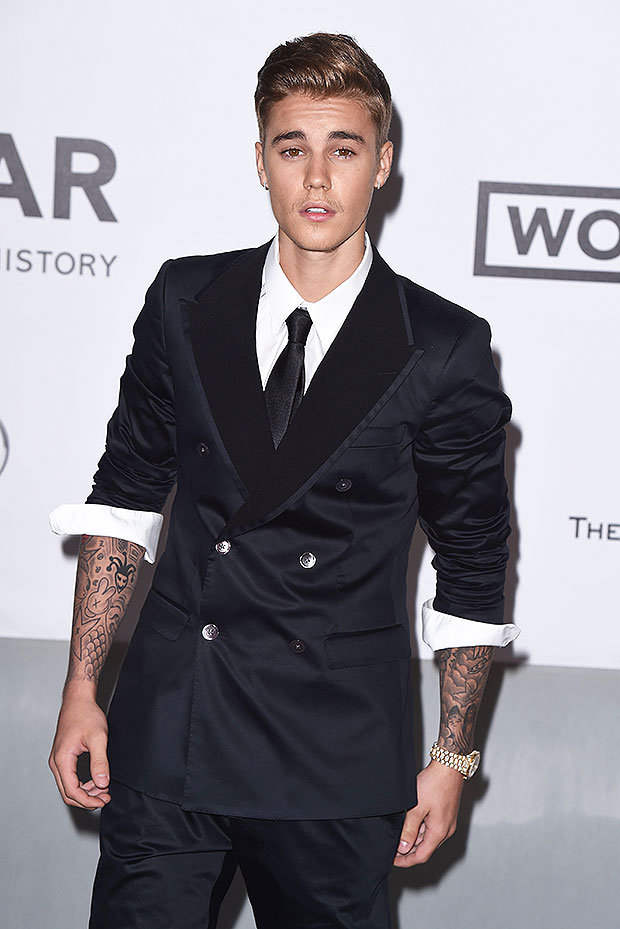 From the looks of their latest pics, they’re making the most of the last bits of summer. Over the past few weeks, fans have been getting more of a glimpse into their date-filled marriage. Just recently, the two enjoyed a laid-back vacation up the California coast, to Montecito, CA. During the ‘baecation’ the love birds had a romantic steak dinner together at Lucky’s Steak House. They also recently enjoyed a date night at Nobu in Malibu.

From extravagant dinners to relaxed outings, these two definitely prioritize their relationship and each other.