The Biebs has gams for days! Justin Bieber found himself an unlikely SKIMS model this week as a billboard for his Balenciaga ad campaign didn’t quite go up on the Sunset Strip in Los Angeles as planned.

The billboard was being put up over one for Kim Kardashian West’s SKIMS line, featuring soccer star Alex Morgan in gray underwear and socks. The billboards were pasted on top of each other, showing Bieber from the waist up in a leather jacket and white T-shirt and Morgan from the waist down. 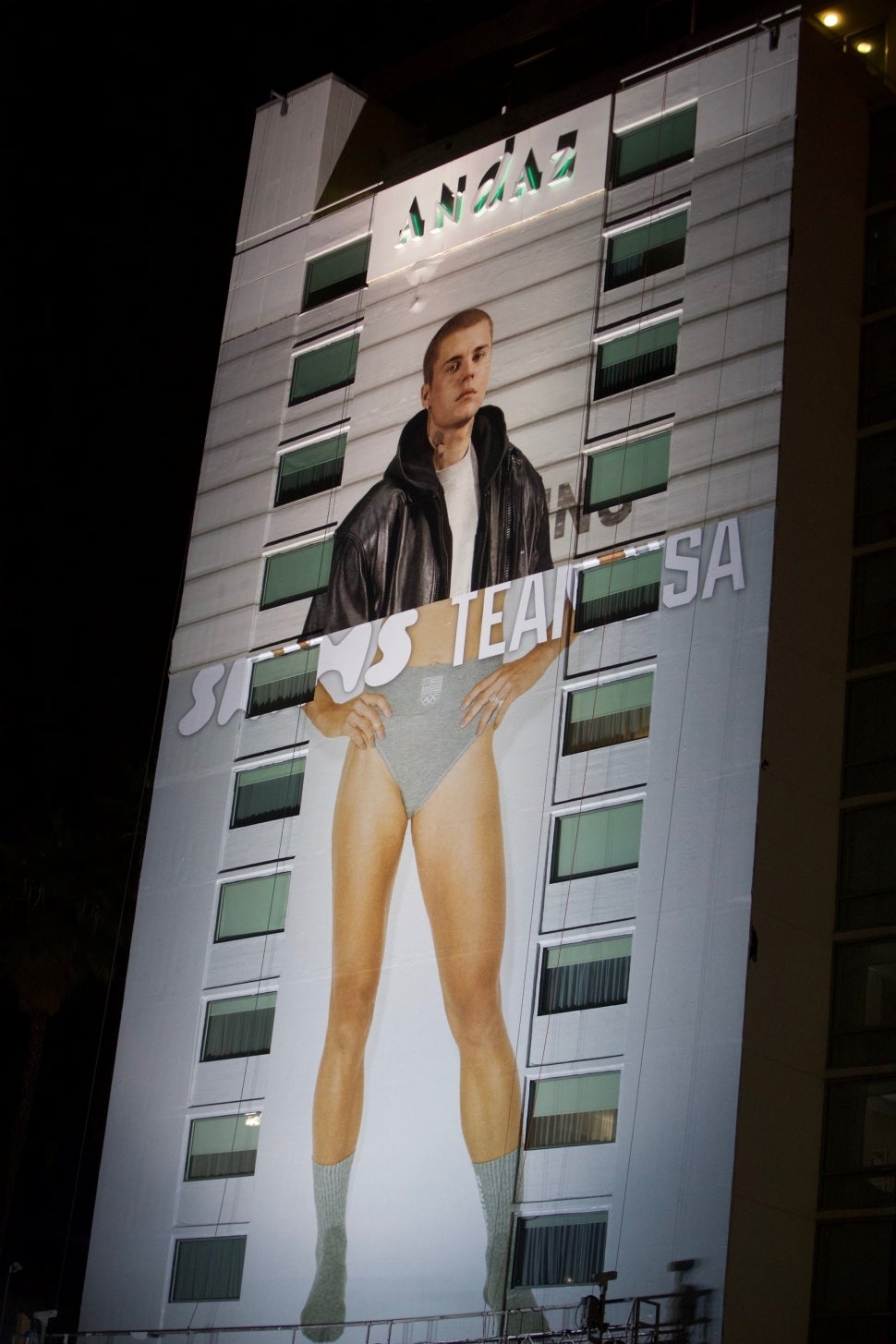 According to photographers, the mishap was up overnight on the Andaz hotel West Hollywood. Though the Biebs hasn’t commented on the mixup, Morgan took to her Instagram Story, reposting a tweet of the image.

“RIP upper half of my body,” Morgan wrote along with a series of laughing, crying emojis. 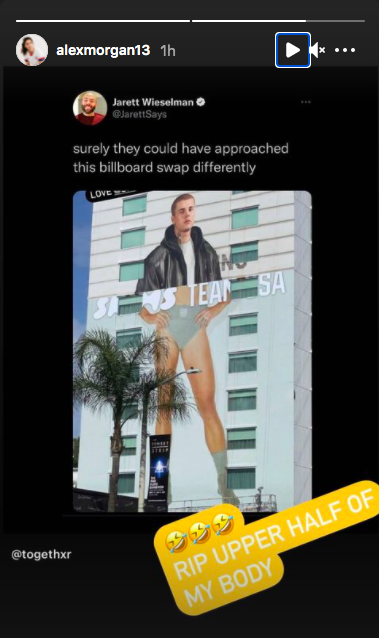 Bieber’s bottom half has since been added to the billboard.