Katya Jones, 30, and Neil Jones, 37, appeared on Jeremy Vine today to discuss the topical news items of the day, but talk soon turned to the drama which surrounded the couple and Seann Walsh, 33, last year. Katya and comedian Seann were pictured sharing a kiss on a night out in October after being partnered together on Strictly Come Dancing several weeks earlier. Presenter Jeremy, 53, brought up the incident on the Channel 5 programme today, prompting the Russian-born dancer to shift awkwardly in her seat.

“Suddenly I want to talk about Brexit for some reason,” she quipped, trying to dodge the question.

“It’s one of those things,” she continued, sounding reluctant. “It’s life, it happened but we’re here, back together, really excited about what’s to come.

Jeremy then asked the couple if they had “had words” about the kiss with Seann.

“Yeah, we did,” Neil replied, while Katya chipped in: “Of course. It’s important to talk always. A relationship is about talking.”

“We moved on,” her husband insisted. 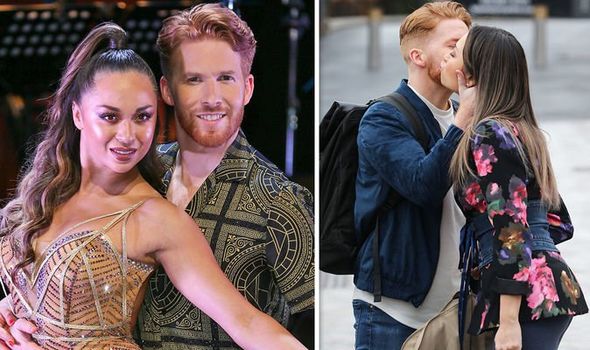 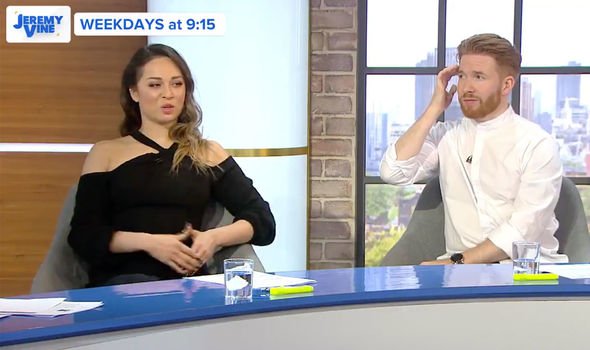 “A lot of people assume that kind of thing goes on all the time on Strictly but no one has a camera on it,” Jeremy noted.

Later, Neil explained how there has to be “trust” with dancer’s other halves when they are taking part in Strictly.

“You’ve got to have a lot of trust, it’s important,” he said, concluding: “People think it happens all the time but it doesn’t.”

Katya and Neil first met when he stood in for her dance partner at a competition in Blackpool in 2008. 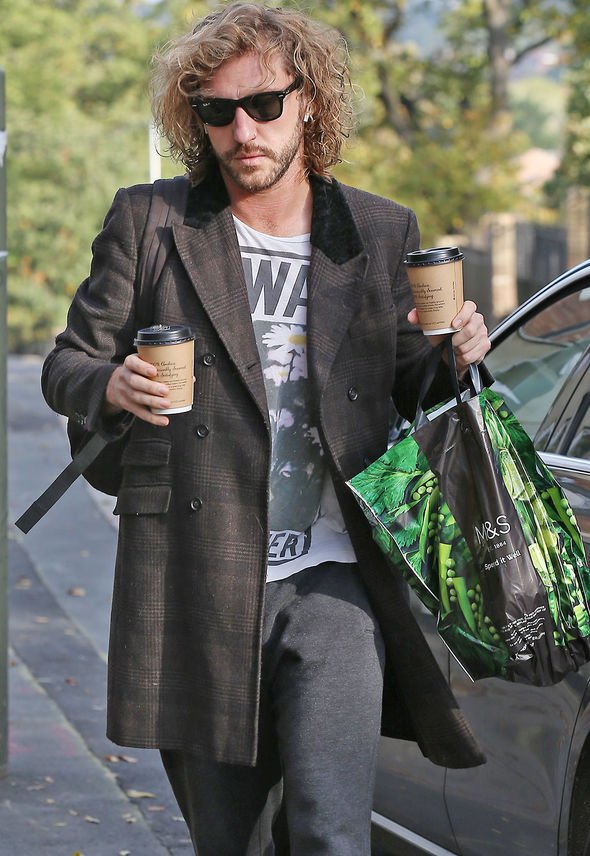 At the time of the controversial kiss, Seann was also in a relationship.

He had been dating actress Rebecca Humphries for five years and she later revealed the kiss with Katya had occurred on her birthday.

In a statement which she shared with her 29,000 Twitter followers, she said: “I was alone at home when Sean texted at 10pm saying the two of them were going for one innocent drink.

“We spoke and I told him, not for the first time, that his actions over the past three weeks had led me to believe something inappropriate was going on.”

Both Seann and Katya publicly apologised for their actions after the kiss hit headlines.