The ‘Survivor’ video is one of DC3’s most memorable! Kelly Rowland confessed to one hysterical mishap that happened while shooting the dramatic helicopter rescue scene.

Kelly Rowland, 40, took a walk down memory lane with the “Survivor” music video. The 2001 tune was the lead single from the Destiny’s Child album of the same name, featuring Beyoncé, Michelle Williams and Kelly as shipwreck survivors on a deserted island. Eventually, the trio are rescued by a helicopter — but the scene lead to one unforgettable blooper that involved Kelly’s wig flying “halfway across the beach.”

“So specifically on this video, it was the coldest day in LA and I’ll never forget [because] that water that [Beyoncé] is letting brush up over her lovely yellow outfit? That water was cold,” the new mom explained during a Thursday, March 11 appearance on Good Morning America with hosts Robin Roberts, Michael Strahan and George Stephanopoulos. Specifically, Kelly was referencing a bit of Beyoncé, then 20-years-old, crawling along the sand in a yellow bikini. 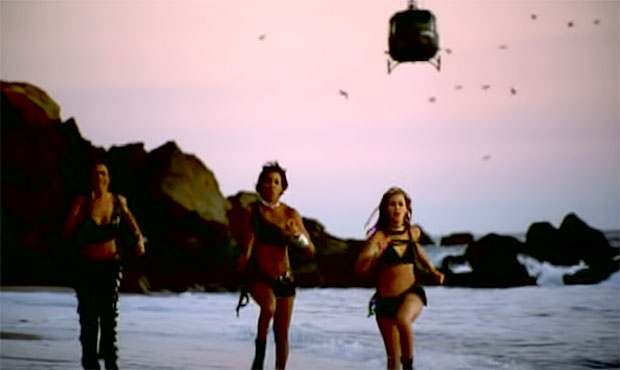 “[It was] like freezing,” Kelly — who also shot scenes walking out of the Malibu waters — went on.  “And let me tell you something else. I had a wig on this day, because we had to switch looks quick, and my wig flew off as soon as the helicopter at the end comes down. My wig flew half[way] across the beach. It was hilarious,” she shared of the unexpected moment. Specifically, Kelly rocked a short dark red bob wig for the shoot, along with a one-shouldered camo-print crop top and short-shorts. The matching military inspired looks went on to inspire one of the biggest fashion trends of the early ’00s.

While Destiny’s Child last performed together for a surprise reunion during Coachella 2018, the three women have remained closer than ever. The K singer had a “reunion” with Beyoncé and Michelle after giving birth to son Noah with husband Tim Weatherspoon back in January. Kelly and Tim are also parents to son Titan Jewell, 6. “We genuinely love each other and we talk every other day and those are their aunties,” she revealed to host Robin, 60, who dubbed trio’s bond as “so strong.” 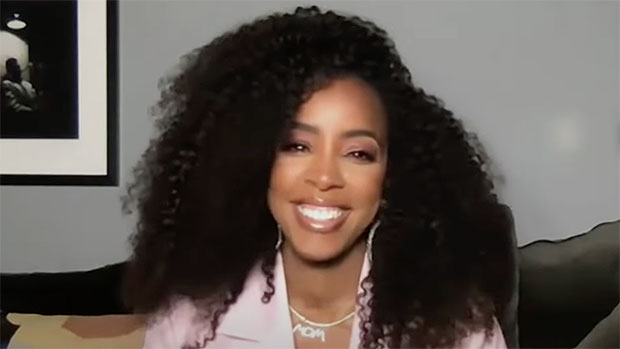 “Absolutely … I mean, it wasn’t just for the cameras for us,” Kelly smiled, reflecting on the moment. “[I feel] rich, rich in love. Rich in passion and work ethic and rich in laying down the foundation,” she added. Of course, at just 3 months old, Noah doesn’t know anything about the iconic Grammy winning group his mother was once a part of!  “[Noah] doesn’t have a clue who Destiny’s Child is,” the 40-year-old joked to the three GMA hosts. “He just got here. He just knows ‘Aunty BeyBey,’ ‘Aunty Mimi’ and ‘Mommy’ and that’s it. It’s the most beautiful thing about Destiny’s Child, is our sisterhood.”

Kelly, who was just a 17-years-old when Destiny’s Child dropped their first album in 1998, fondly remembers that time of her life. “It was such a different time in the music industry. You know, we were overseas internationally having like 12 and 13 hour work days,” she also said. “I feel like it was laying the foundation [for future opportunities] as well and that’s why I’m still able to talk to you guys. It’s a blessing that Destiny’s Child has given me. I feel rich,” she gushed.