Kourtney Kardashian and Travis Barker were spotted getting playful with each other while enjoying a romantic dinner at a posh restaurant in Los Angeles.

Kourtney Kardashian, 41, and Travis Barker, 45, had some fun on a comfortable and cozy dinner date in the City of Angels on Feb. 9 and it was adorable to see! The Keeping Up with the Kardashians star and Blink 182 drummer, who reportedly turned their long friendship into romance recently, were seen arriving at a Japanese restaurant called Matsuhisa, where they showed off some PDA. The lovebirds sat across from each other at a table and had their arms stretched out to hold each other’s hands while also playing a cheeky game of thumb wars at one point. Check out the pics of Kourtney and Travis HERE!

The mother-of-three looked gorgeous in a black jacket as she let her long dark locks down for the outing and the musician wore his own black leather jacket and a black knit hat. They appeared to enjoy a bottle of Fiji water as well as a pitcher of lemonade, which was seen on their table. 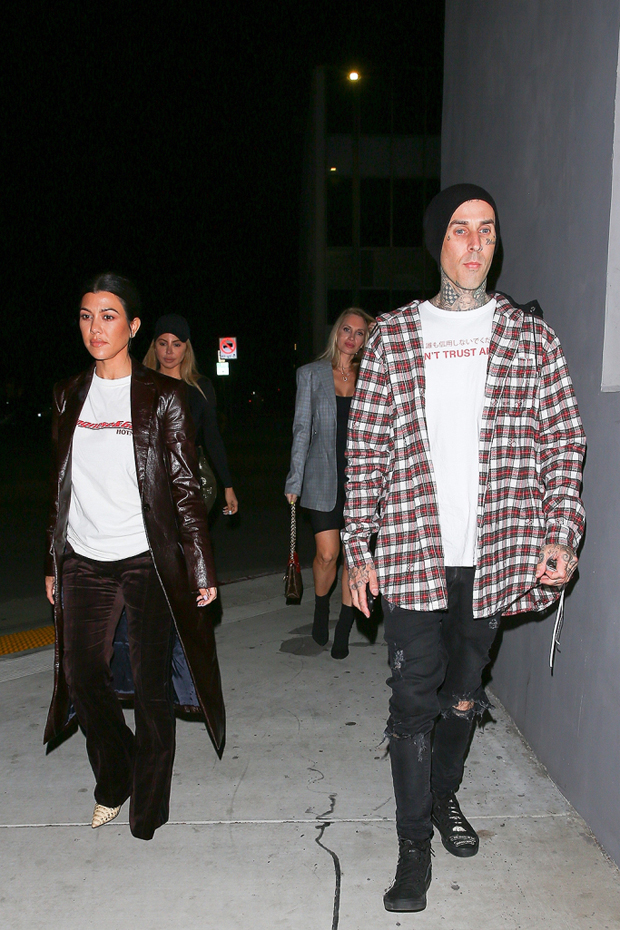 “They seemed completely taken with one another as if they were the only two people in the world,” an eyewitness told E! News. “They seem very connected, very close. Travis took her hand and they giggled as they started having a little thumb war with one another.”

“It was playful and sweet,” the insider continued. “They were talking constantly and very engaged in one another. It seems like such a natural fit, being that they have been friends for so long. There was no awkwardness.” 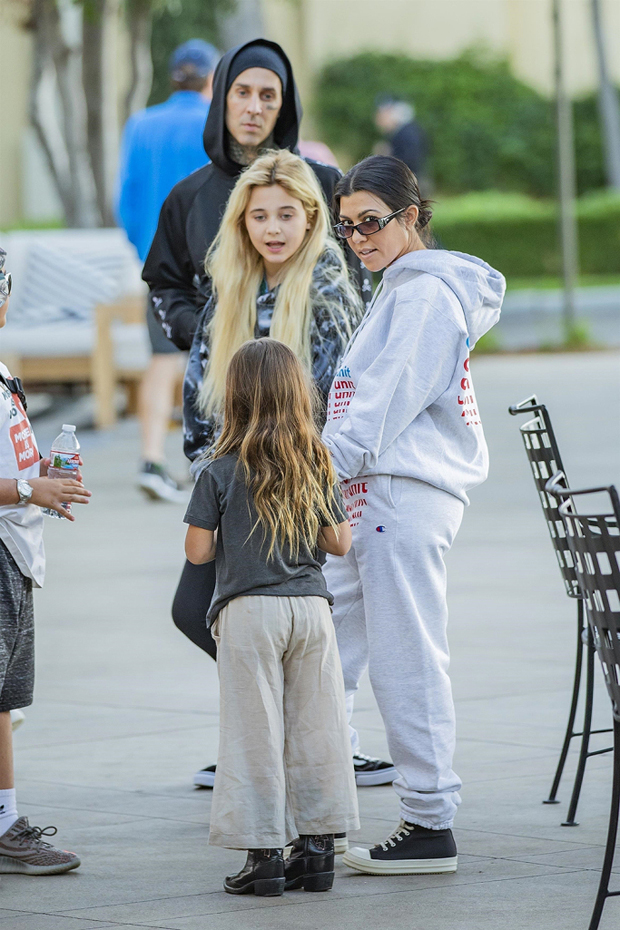 After their date, the stars were seen leaving in a black luxury car as Travis drove.

This is just one of numerous outings Kourtney and Travis have been spotted on over the years. They have sparked dating rumors on and off but neither of them have ever confirmed or denied whether or not they’re more than just friends. The latest romance rumors started when they hung out together at Kris Jenner‘s Palm Springs home last month.

“Kourtney and Travis dating is not a publicity stunt or because anyone’s bored — it’s very real. These two have known one another for years, and there’s always been a lot of passion and chemistry between them,” a source EXCLUSIVELY told HollywoodLife. “They just never got together, because the timing wasn’t right.”