The former TOWIE babe isn’t shy when it comes down to getting frisky.

Lauren Goodger recently bared all as she stripped down for a raunchy photoshoot wearing nothing but her birthday suit.

And the 32-year-old shows no sign of hiding how sex-positive she is as she took to her official Instagram account to promote a webcam agency to her 765,000 followers.

In the caption, Lauren was quick to mention that it was not an “advert” and that she had not been paid to promote the 18+ role but didn’t mention if she was webcamming herself or not.

The advert for The London Gems describes itself as “The UK’s number one webcam modelling agency”, which could see women earning up to £1,000 a week.

It also states that full training is given and if people sign up they will get paid on Tuesday.

Lauren wrote in the caption: “Our webcam models are taking home up to £1000+ every week.” 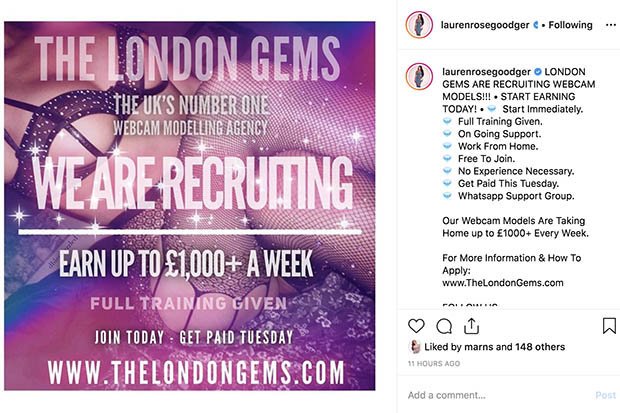 She also bullet-pointed a list of pros of the job which include, training, ongoing support, working from home, free to join, no experience necessary, paid by Tuesday and a WhatsApp support group.

Fans were left seething over the post, with some deeming it “irresponsible”.

One wrote: “I think you should be ashamed to put your name to this.” 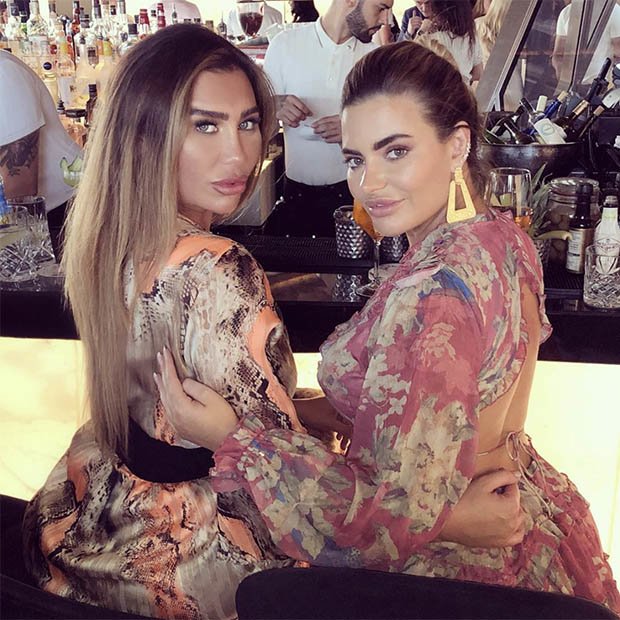 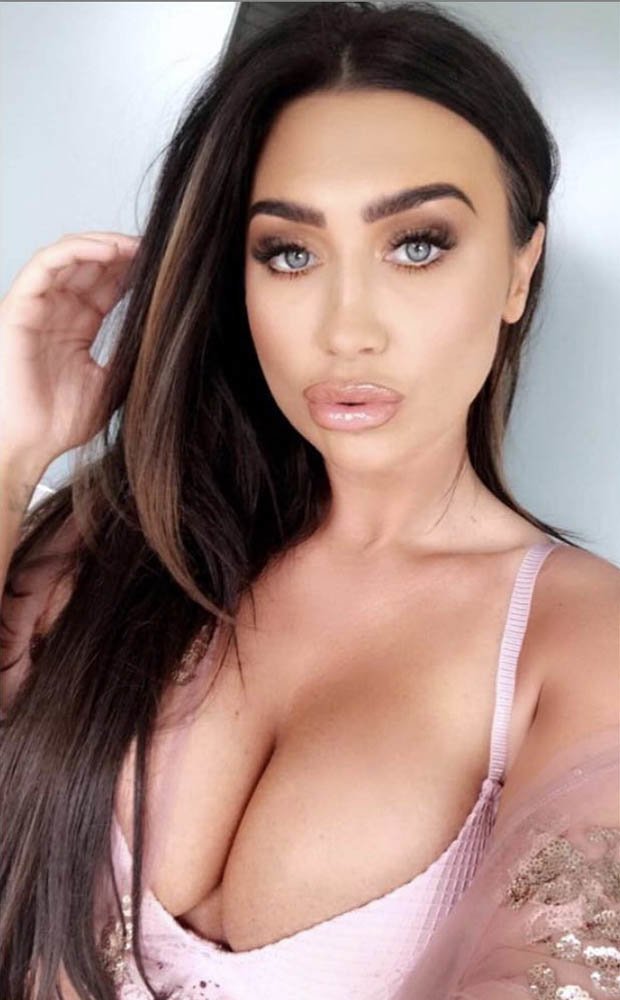 A second commented: “You are seriously advertising this s**t?”

Another said: “Seriously go and get a decent job and a little respect… Instead of flogging this crap.”

Others seemed in support as they tagged their friends, one chimed: “This would be perfect for you!”

Daily Star Online has contacted a spokesman for Lauren for comment.