Leah Bracknell, 55, played Zoe Tate in the ITV show Emmerdale, for 18 years before she exited the soap in 2005.

The actress had been diagnosed with stage 4 lung cancer in 2016 and the star’s manager confirmed the news of her death today in a heartfelt statement.

Leah was previously told she had just months to live when she was first diagnosed with the disease three years ago.

She admitted she believed medical science is “amazing” but has it’s limitations as she hoped for an “impossible miracle”.

Speaking to the Mirror, earlier this year, Leah said: “People think, ‘Oh. she’s crazy,’ but I believe in thinking outside the box.

“Medical science is an amazing thing and it is keeping me alive, but it has limitations because it is to do with the logical mind,” she explained.

“But things we call miracles, things we don’t understand, happen all the time. They happen outside the realms of logic and scientific data.

“Nobody knows why they happen, but it is possible for the impossible to happen,” she continued. “I still hope I could get my impossible miracle.”

Speaking about her death, her manager issued the following statement: “It is with the deepest sadness that Leah Bracknell’s family confirm that Leah passed away in September, three years after her diagnosis with stage 4 lung cancer.

“They would like to thank all the public for their support and generosity which contributed to the extension and quality of her life over the past three years. Leah continued to embrace life and faced her illness with positivity. Many aspects of her journey can be found on her blog. 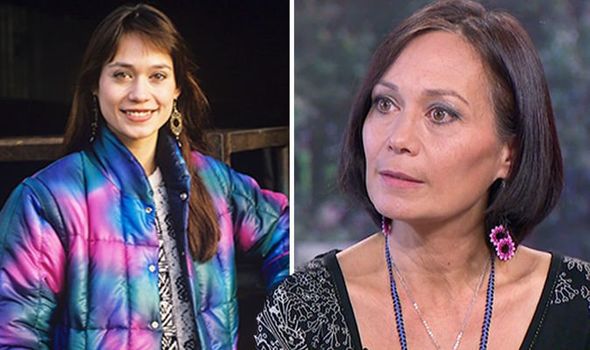 “Leah was best known and much loved as Zoe Tate in Emmerdale. She also had roles in Judge John Deed, A Touch of Frost, The Royal Today and DCI Banks to name just a few, as well as numerous appearances on stage and in pantomime. As well as acting, Leah was also an accomplished yoga teacher and shamanic healer.

“Leah had an energy and enthusiasm for life, a kind heart and much love to give to those around her.

“Her family have asked for privacy at this very sad time.”