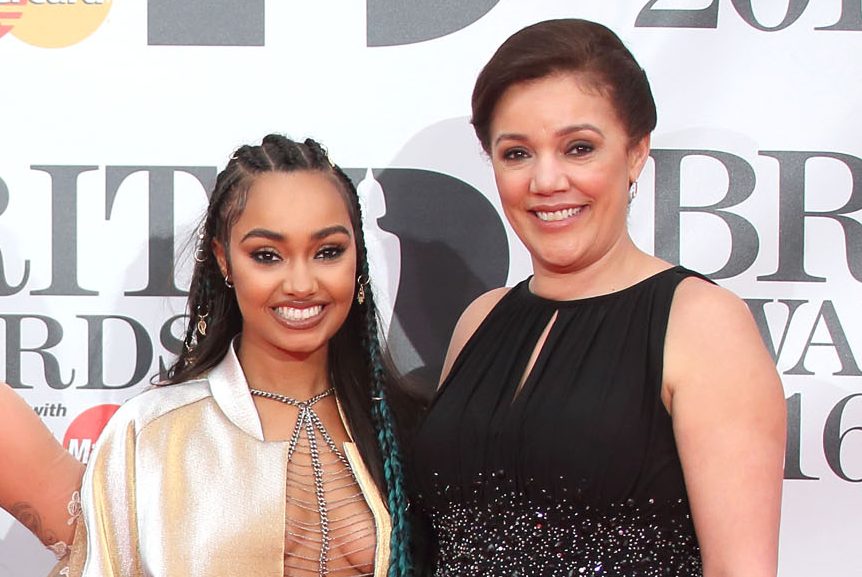 Leigh-Anne Pinnock’s mum has spoken out in support of her daughter after Nicki Minaj appeared to call her a clown in a recent live stream with former Little Mix member Jesy Nelson.

Leigh-Anne seemingly became the target of Nicki’s fury during an Instagram Live the rapper did with Jesy off the back of their collaboration Boyz.

Towards the end, Nicki turned her attention to the allegations of blackfishing against her collaborator, as well as the alleged reaction from her former bandmates.

Thanking her daughter’s fans for their continued support of the star, who recently welcomed twins, Debbie added, ‘thank you everyone,’ signing off with a string of heart-kiss emoji.

Fans took the opportunity to flood the comments with supportive messages for Leigh-Anne.

‘Tell her we love her so much and mixers will always have her back,’ wrote one user, with a second person adding: ‘we send all our love to you and leigh.’

‘Debbie, we love Leigh and wish her all the best. She deserves all the love in the world because she is a wonderful person, an amazing person,’ commented a third fan.

‘Immediately that person has to wear a big red clown nose and clown boots. When people part ways go about your f***ing business…. Whether you brought it up behind closed doors whatever, you are a f***ing clown.’

Nicki continued: ‘Sweetheart, take them messages and shove them up your a*s. Don’t come out to try and ruin anyone, let her enjoy this time. Print them text messages out, buss that a*s open and shove it up your motherf***ing a*s.