Lewis Capaldi might have been celebrating a little too much when he won Best Track for his number one song, Someone You Loved at the Q Awards at London’s Roundhouse on Wednesday night.

But he might be wishing he went home a little earlier as he was pictured leaving an afterparty looking very worse for wear, with his friend propping him up and restraining him at various points.

Scottish crooner Lewis had been partying at Joe’s Bar in Camden after winning his gong at the nearby Roundhouse, with a friend, who was kicked out by security.

Someone You Shove: Lewis Capaldi appeared VERY worse for wear as he was restrained by a pal after his big Q Awards win… (before his friend got in a serious scuffle with security) 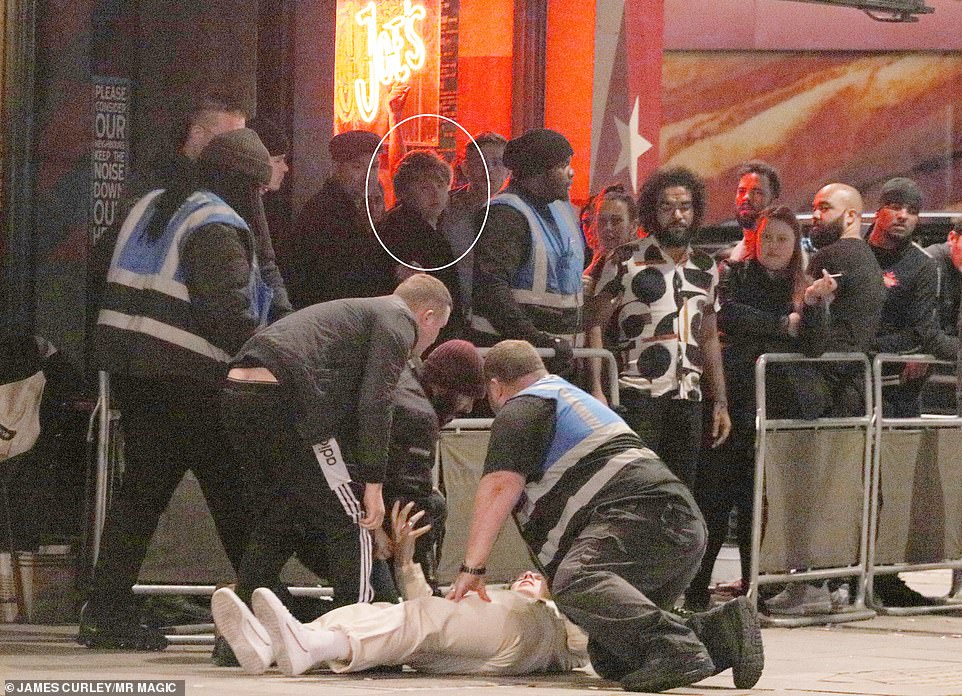 Down in one: The Scottish crooner (circled) had been partying at Joe’s Bar in Camden after winning his gong for Best Track at the nearby Roundhouse, with a friend, who was kicked out by security

His pal was pictured lying on the ground after getting into a reported scuffle at around 2am after the lads were seriously seen letting their hair down.

MailOnline has contacted a spokesperson for Lewis and Joe’s Bar for more information.

Lewis loves to document his big nights out on social media, however, he made no mention of the afterparty on his Instagram stories.

At the time of writing, Lewis’s final Instagram story showed his winning his award at the event. 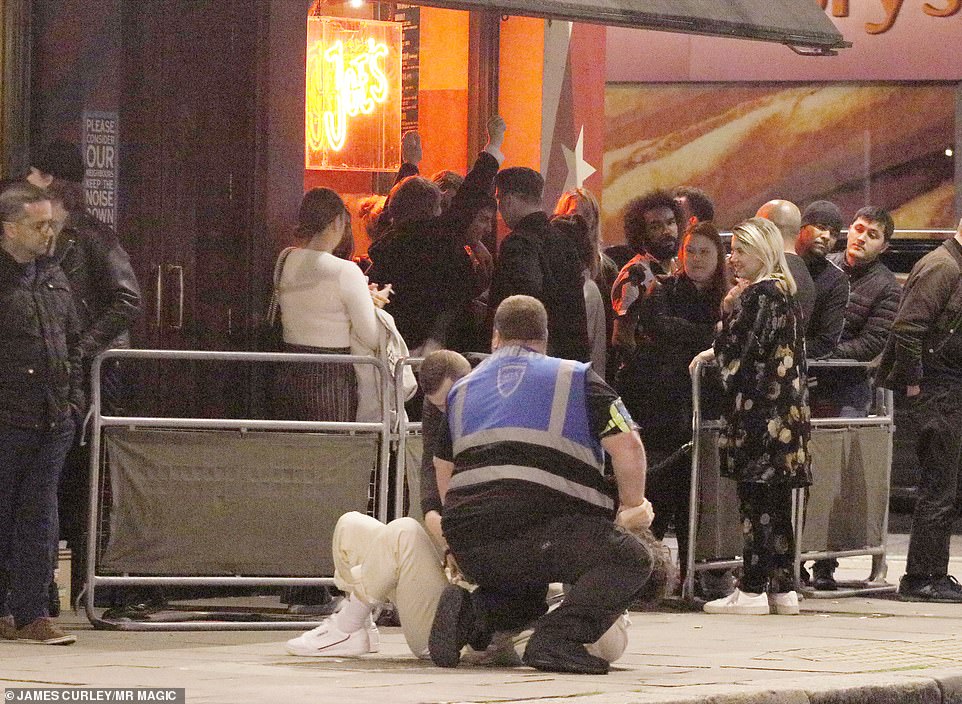 Raise your arms in the air if you (literally) don’t care: Lewis got back into the party spirit, seemingly unaware that his friend was still being pinned to the ground 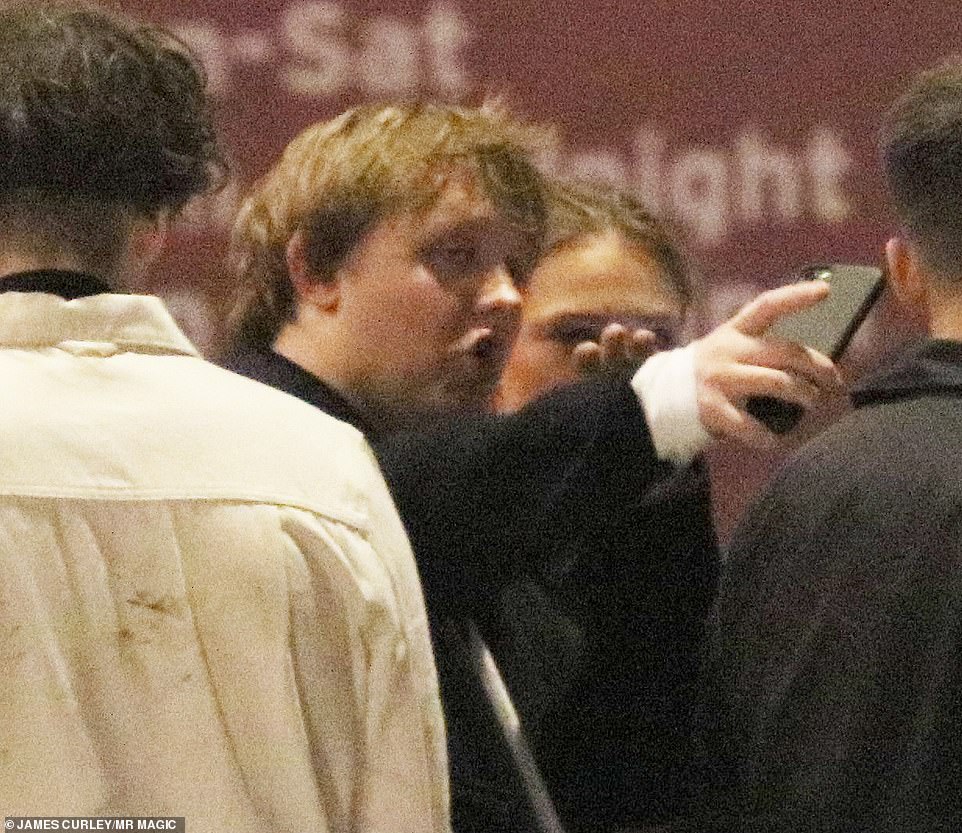 Shout about it: Lewis was pointing the finger at pals as he enjoyed more of his wild night out and his friend had dirt all over his jacket from when he was tackled to the ground 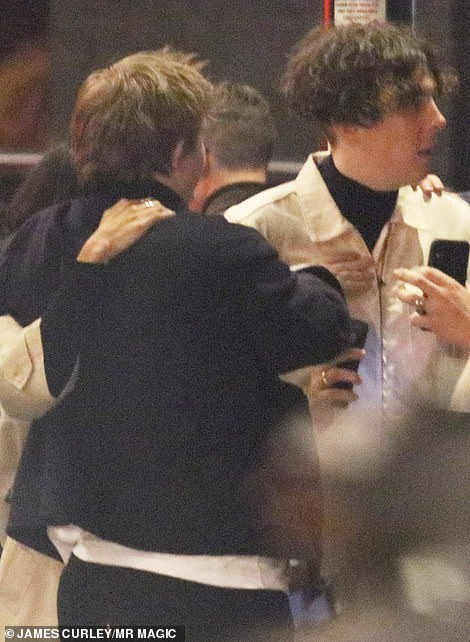 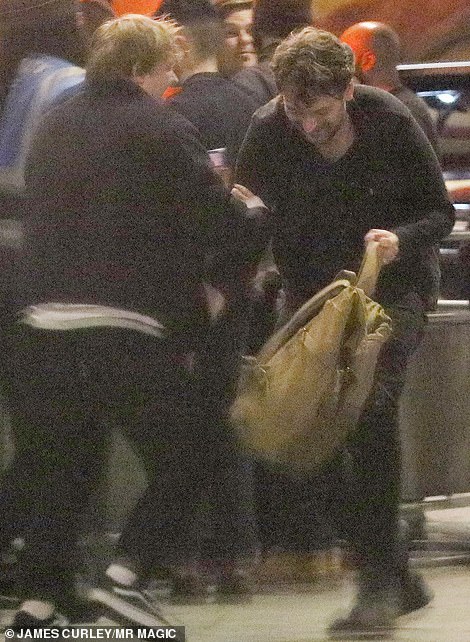 Calm down: At one point, he appeared to be holding his pal back as the situation intensified 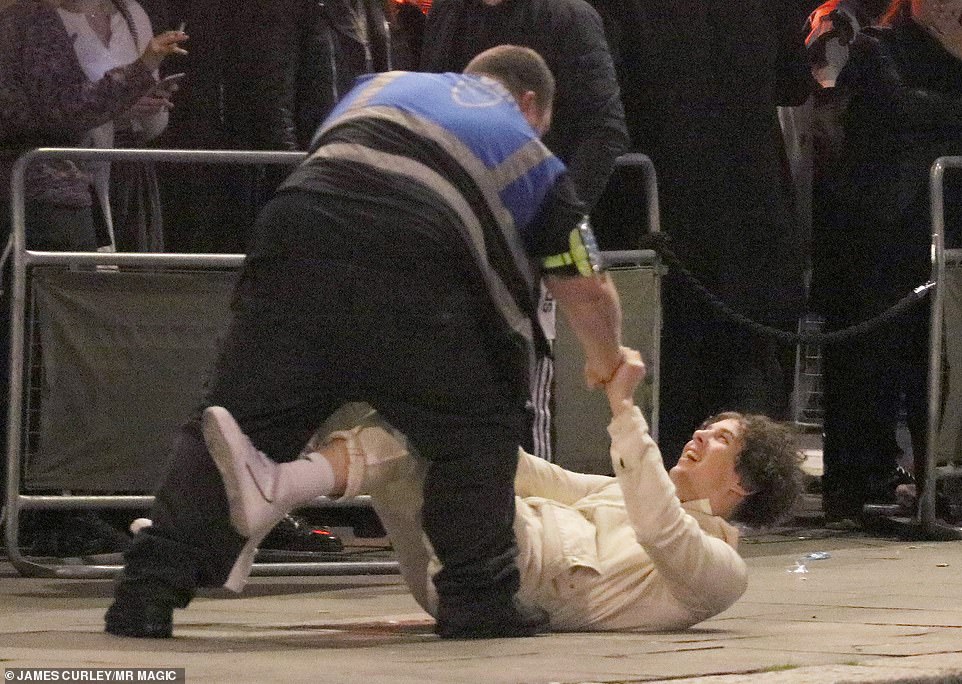 Having a laugh: Lewis’s pal couldn’t contain his laughter as he grappled with security in front of shocked onlookers 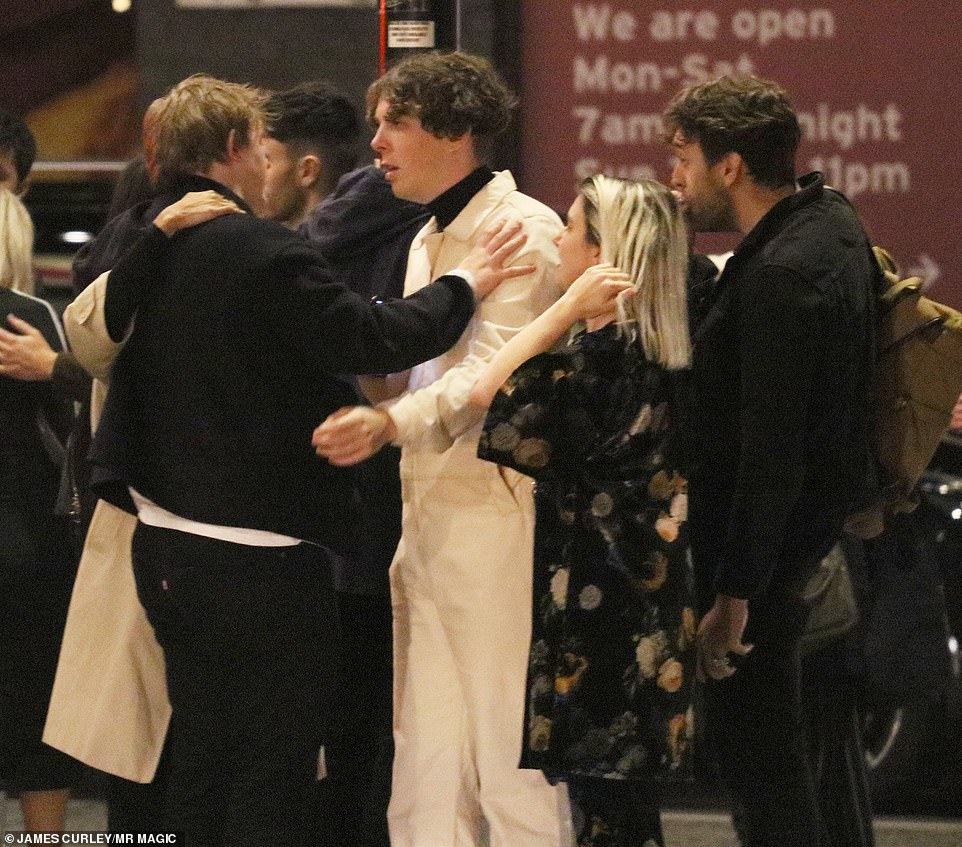 A reassuring hand: Lewis attempted to cool things down as he had his arm around a mystery lady

Lewis, Stormzy, Lana Del Rey and The 1975 are among the big winners of this year’s Q Awards.

Lewis was the fastest unsigned artist to reach 25 million plays on Spotify, and the first to sell out an arena tour before releasing an album. 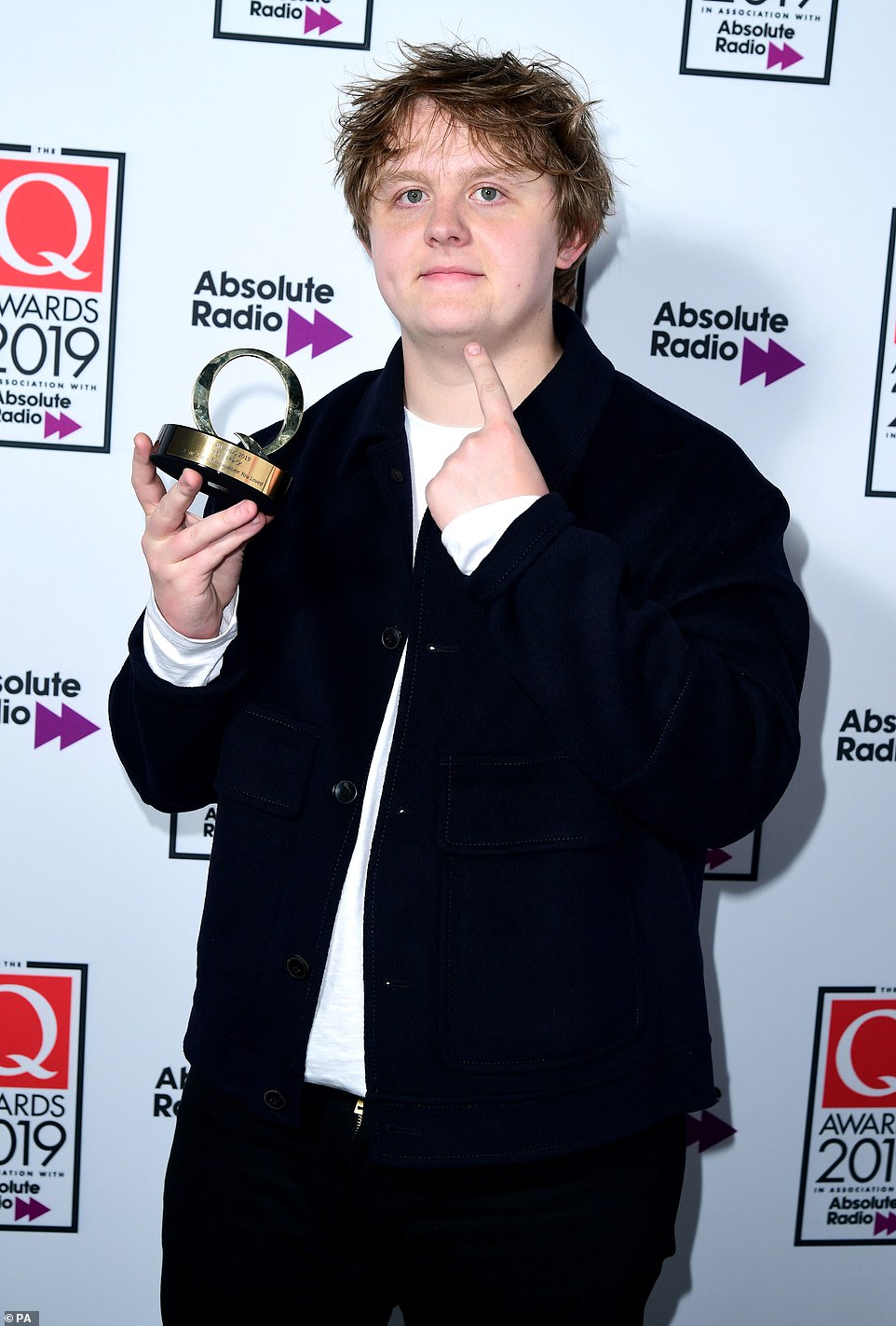 The calm before the storm: Lewis was thrilled to be honoured at the iconic Q Awards earlier on in the evening 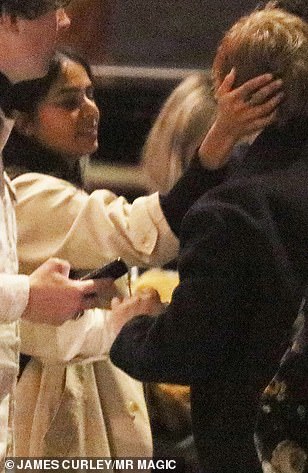 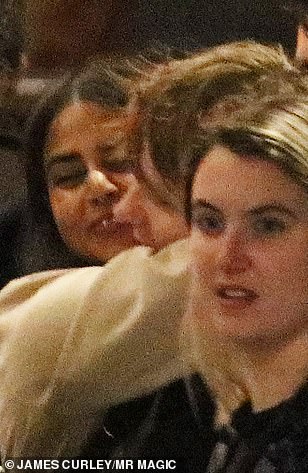 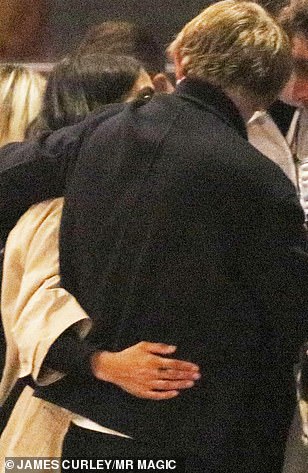 A little moment: She then placed one hand tenderly around the back of his head – it is not known if they are friends or anything more 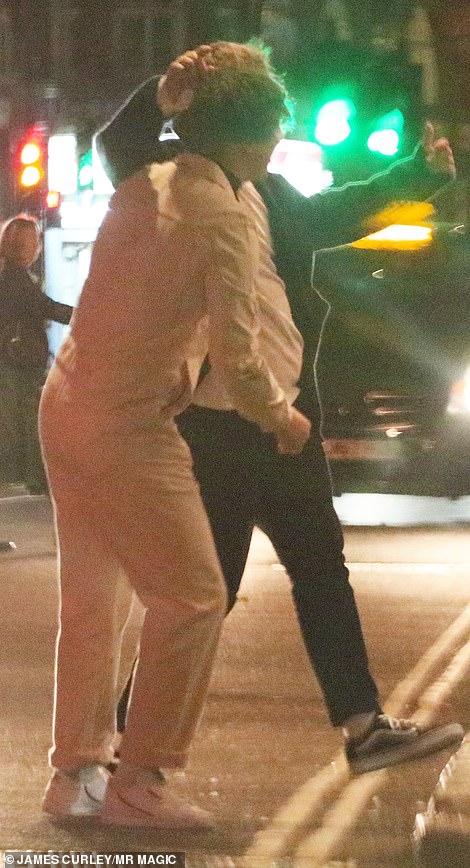 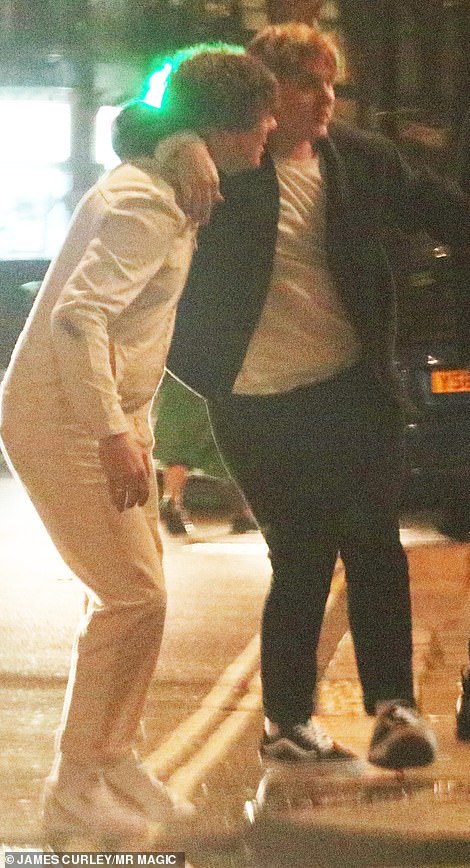 Divinely Uninspired to a Hellish Extent: Lewis really looked like he had made the most of the free bar at the Q Awards 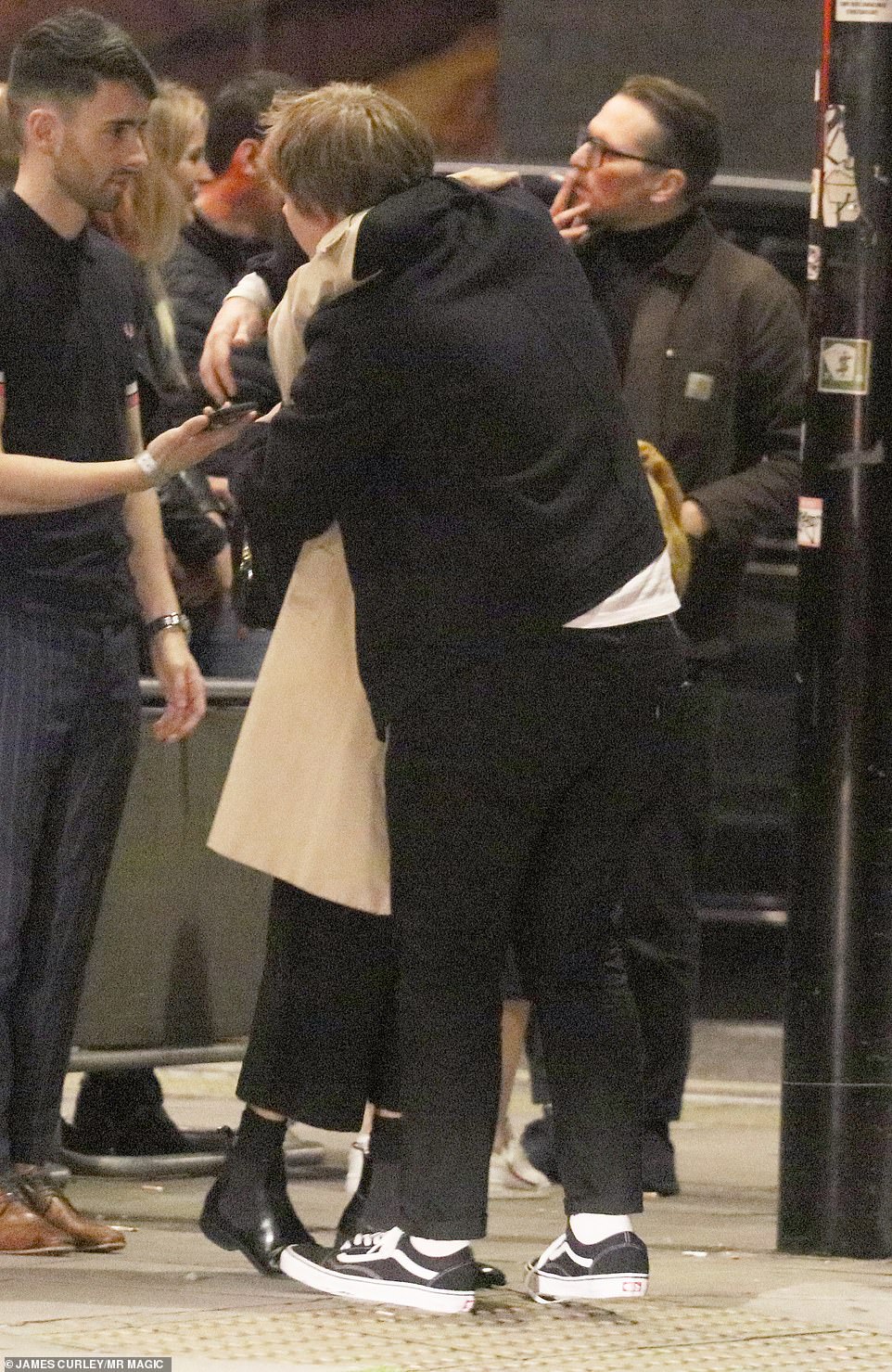 Hold Me While You Wait (for a cab): Lewis threw his arms around a mystery lady as the night came to a close 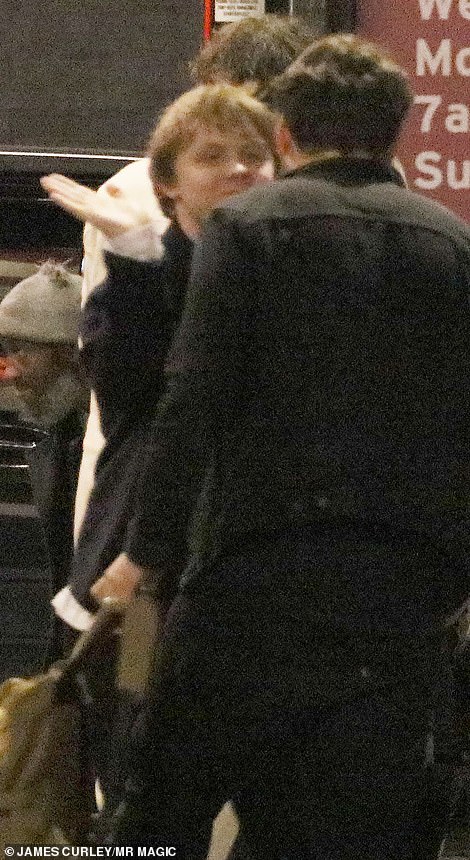 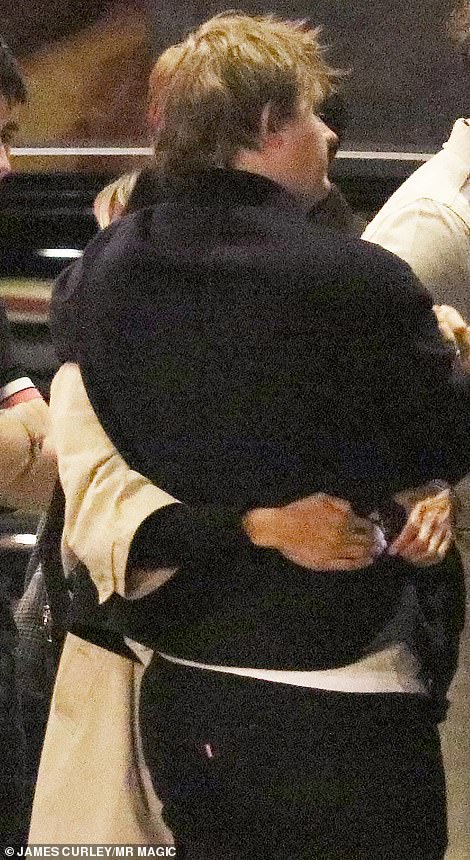 Cheeky mood: He was pictured giving his friend a playful slap around the chops as things continued to get raucous

He said of his number one hit: ‘I wrote that song when I was 17 and I’ve sung it in pubs round Edinburgh and nobody listened, so to have 6,000 people sing it back to me means a lot.’

Lewis previously told The Guardian: ‘I could always sing loud because I was playing pubs when I was 11, and you’ve got to sing loud there. But I saw Joe Cocker on some Beatles documentary, and I was floored.

‘I tried to sing like that, and I was f***ing terrible, as you would expect from someone going through puberty trying to give it the raspy voice.

‘But then I finally fell into it at around 18. I don’t know if I’ve done some irreparable damage to my voice trying to get here. I never had any lessons, but obviously now I’ve had coaching to keep it going. I get really bad acid reflux, so I’ve got to watch myself on tour: no spicy foods, as little alcohol as possible.’ 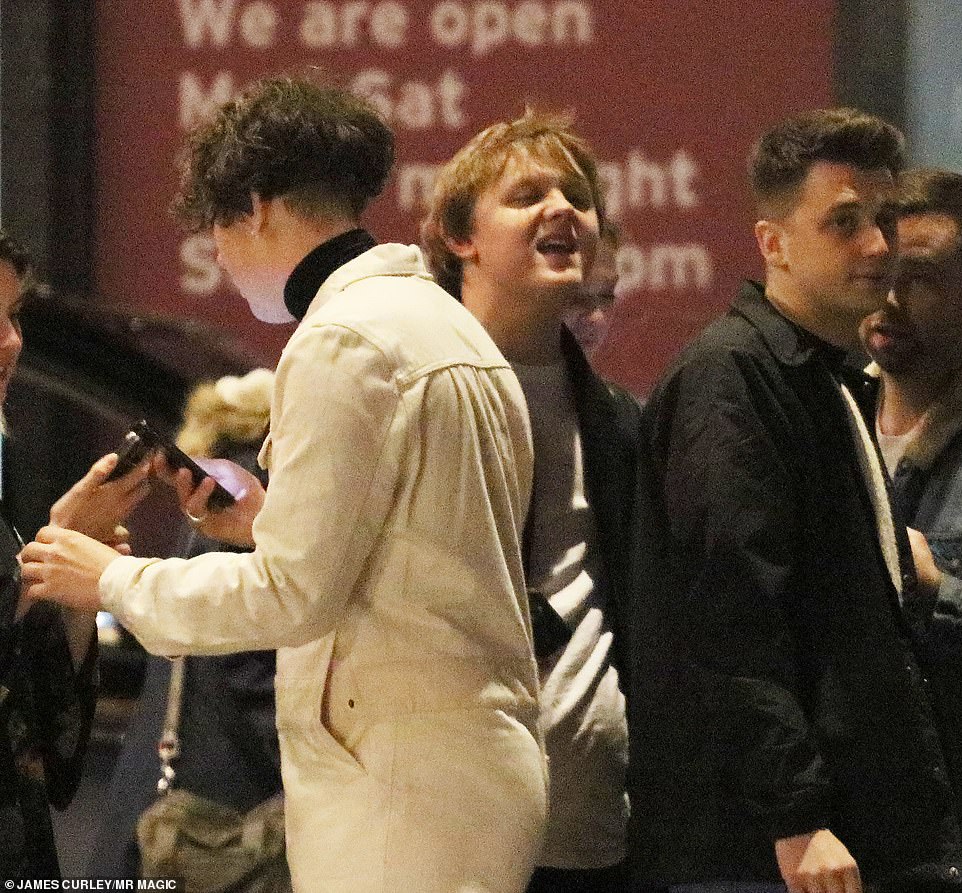 You’re not on stage now, Lewis: The singer seemed to be commanding attention as shouted across the street 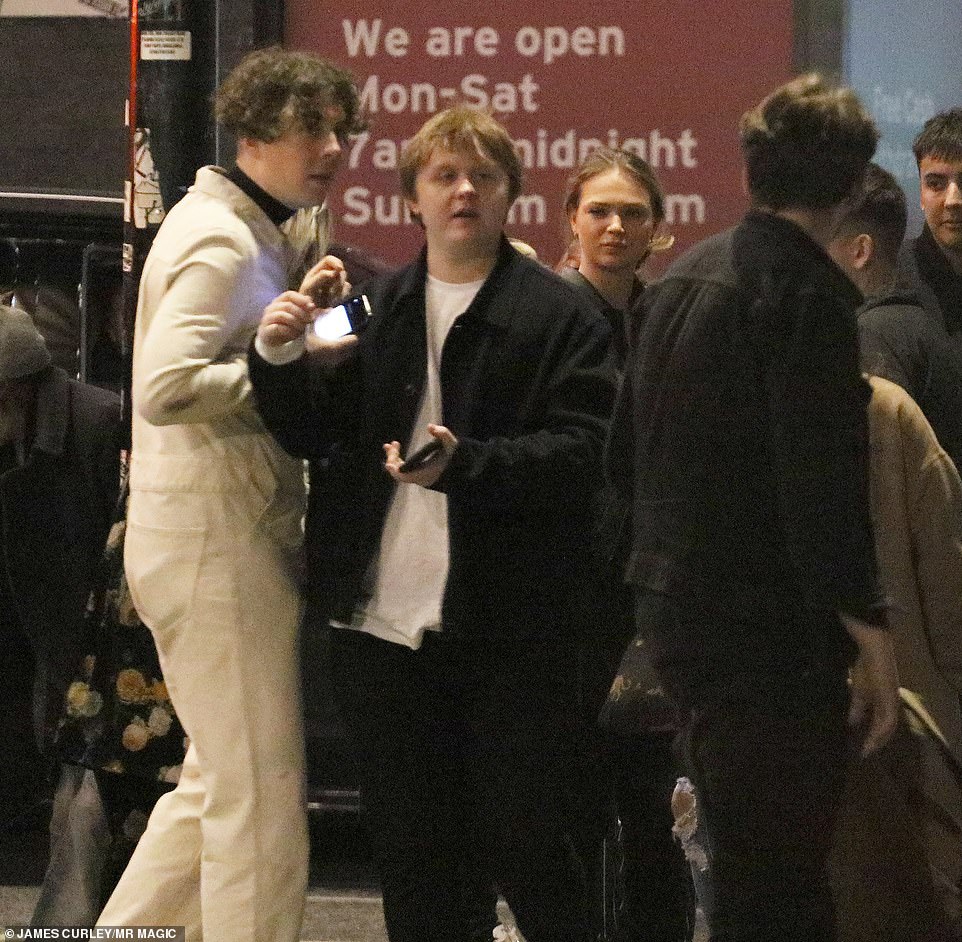 Taxi for Capaldi! Lewis appeared bleary-eyed as his night came to a close

Best Album – Foals – ‘Everything Not Saved Will Be Lost (Part 1)’

Icon – Christine and the Queens