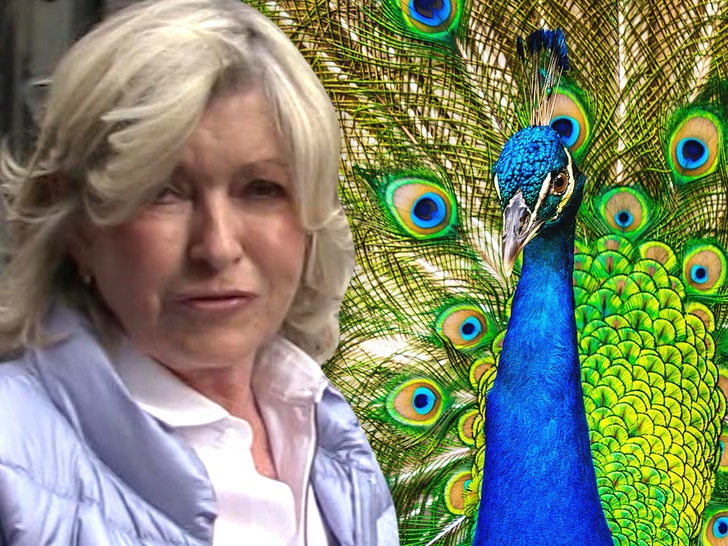 Martha Stewart sure knows how to set the mood — but the one she went for with this sad announcement might be … a little off.

The famed home-life guru made news Saturday by revealing several of her peacocks had gotten murdered by wild coyotes at one of her farms — presumably the one she has in upstate NY … an attack that apparently happened in broad daylight.

MS writes, “RIP beautiful BlueBoy. The coyotes came in broad daylight and devoured him and five others including the magnificent White Boy any solutions for getting rid of six large and aggressive coyotes who have expensive tastes when it comes to poultry??”

She goes on to explain she’s no longer gonna let her peacocks — of which she has upwards of 21, as she’s previously explained — roam outside of their enclosed yard. Martha also says they’re going to add wire fencing to the top of their pen area to avoid more episodes.

Like we said … definitely a sucky update. And while we’re sure Martha is devastated — she sorta suggested the opposite with the music she set her IG post to … namely, Marvin Gaye.

Indeed … as video of one of her peacocks roll, so too does MG’s “Let’s Get It On.” And yes, there’s a lot of jokes and memes in light of that. Hey, it is mating season for them … maybe she’s encouraging the survivors to honor their dead by multiplying with more offspring. 😅