Michael Douglas, who celebrates his 78th birthday today, played the iconic musician in Behind the Candelabra, based on the memoir by Alex Thorleifson and Scott Thorson. Władziu Valentino Liberace was described as a musical prodigy when he was just a teenager, and would go on to become one of the biggest and top-paid stars in Las Vegas at the time.

The flamboyant pianist tragically died in 1987 at the age of 68 after reportedly suffering HIV and AIDS-related ailments.

A young Michael, the son of the renowned actor Kirk Douglas, had the incredible opportunity to meet the singer when he was just 12 years old.

As a result of his father’s fame, Michael had some very unique introductions to people as a child that he only grew to understand when he was far older.

One such meeting came with Liberace in the mid-fifties. Appearing on the Graham Norton Show shortly before his Liberace film was released in 2013, Michael recalled the hilarious encounter. 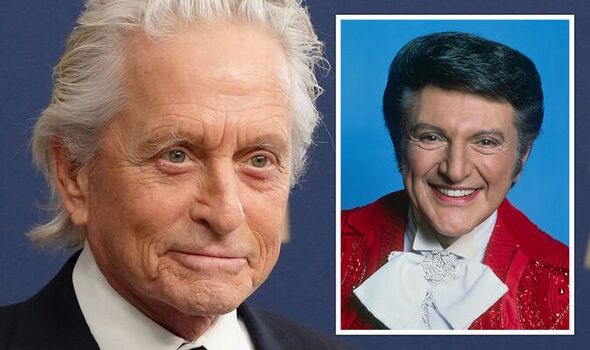 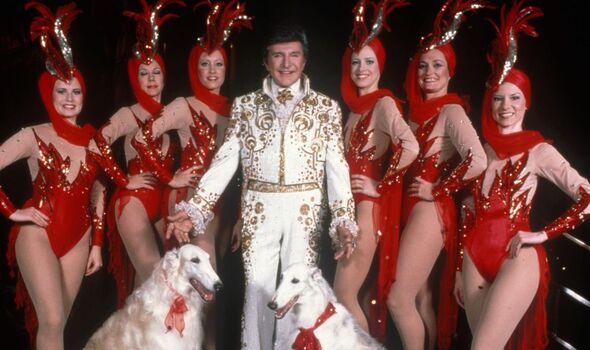 The actor admitted he had only ever briefly met Liberace, but knew him back then as “Lee”, a friend of his father’s.

Michael explained that the musical sensation simply stopped by his home one day to say hi: “He was in this big Rolls Royce convertible, a sunny day, he stopped to say hi.

“First off, because it was a convertible I noticed his hair was not moving. Much later on I realised it was a wig.

“He had so much gold on him, with the sun, as we were talking his face was shimmering with light. It was spectacular.”

Decades later, Michael found himself being cast as Liberace in Behind the Candelabra, an award-winning biographical film that showcased the final decade of his life. 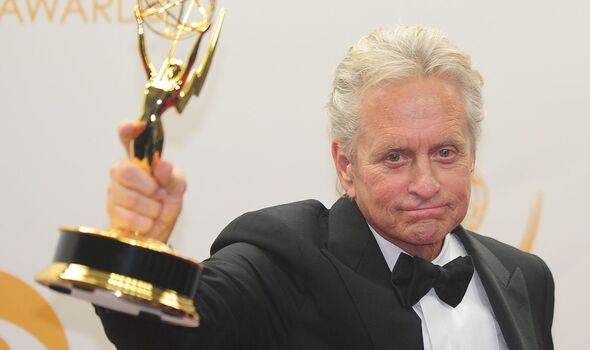 Although he had met Liberace in-person, Michael ws tasked with carrying out deep research on the musical sensation, interviewing his own father and others in order to learn more.

He revealed: “(I) found out he was just an extraordinary, generous, great host and he was just this amazing phenomenon. A bigger star than Elvis Presley was in Las Vegas at that time.”

Explaining how the film came about, he said it had actually been over a decade in the making, as director Steven Soderbergh had first brought it up while he and Michael were working on Traffic together in 2000.

He said: “One day, Steven’s looking at me and he goes: ‘ever thought about Liberace?’ I said no but years later he found this book called Behind the Candelabra and developed it into a screenplay.”

A somewhat emotional Michael added: “God bless him, they waited for me.” alluding to his stage four cancer diagnosis in 2010.

The actor started treatment which took full control of his schedule for two months but is now cancer-free.

Lightening the mood, Michael noted that Matt Damon was starring with him in Behind the Candelabra as Scott Thorson, Liberace’s former lover.

The actor hilariously described Damon as “my young stud muffin” and added that he thought the host, Graham Norton, looked like his co-star. 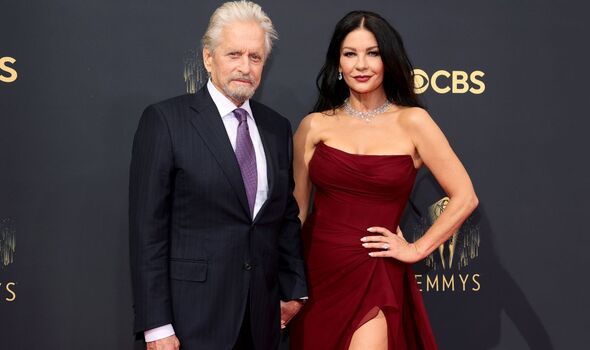 Although his Behind the Candelabra co-star was not with him on the talk show, Michael did have some friendly faces on the couch as he started to banter with Will Smith almost immediately after getting on stage.

Wrapping an arm around the Bad Boys actor, Michael proclaimed: “This is my birthday brother. Same birthday but not only that I also made his career.”

The Last Vegas actor was referring to one of Smith’s very first films, Made in America, which he said “was so bad” but still applauded the young actor’s talent.

Michael does indeed share a birthday with Smith, as well as Star Wars actor Mark Hamil, the late Christopher Reeves, and his own wife Catherine Zeta-Jones.