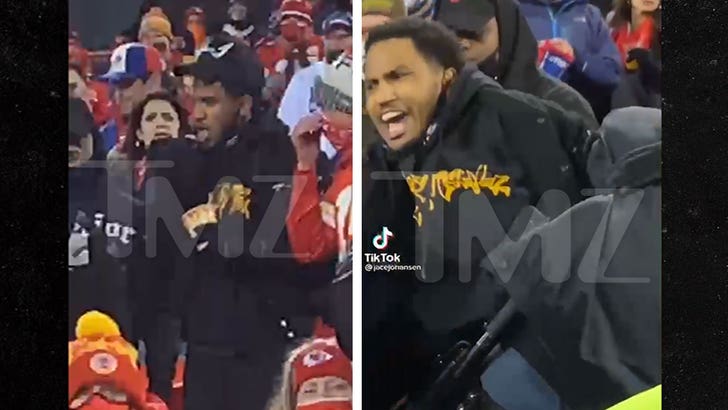 A new video from the Trey Songz saga shows he had a good excuse to take off his mask at one point during the Chiefs game — but it won’t help his case with cops.

As you can see, Trey’s face mask was in chin strap mode as he chowed down on a cup of french fries. While masks were required for all fans, the stadium does allow an exemption for eating and drinking.

However, we’re told this was about 10-15 minutes before the KCPD officer came over — backing up 3 visits from stadium security — demanding Trey pull up his mask.

The other interesting element to this new video is that you can see there are at least a couple other fans watching the fight who didn’t have their masks up.

It does make ya wonder if the singer was being singled out … whether it be by other fans or security. 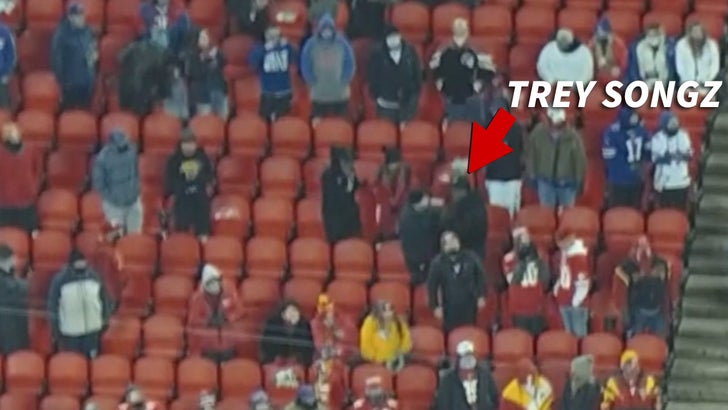 Of course, the video police released Tuesday clearly shows Trey throwing the first punch during the interaction with the officer — so, the french fry excuse only goes so far in explaining what went down.

As we reported, Trey also posed for a masked up pic with a security guard at some point prior to the fight. Worth noting … he did appear to have the mask down during each of the 3 visits from security.

Trey’s team claims the officer had it out for him before the brawl, but there’s still no footage supporting that.