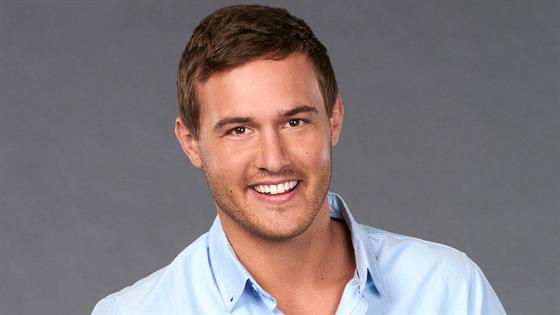 Nick Viall deserves a rose for his Halloween costume.

The Bachelor alum got into the spooky spirit on Saturday night, and decided to channel another fellow Bachelor star: Peter Weber. (aka Pilot Pete, which was his nickname on Hannah Brown‘s season of The Bachelorette.)

Viall channeled the reality TV personality and pilot wearing a very cheeky costume. Aside from his spot-on pilot attire, the podcast host decided to add a few props to his costume by holding a red rose and placing a bandage on his head.

Bachelor Nation fans will recall that Weber underwent surgery after suffering from a fall earlier this month. However, he’s already recovering and back to filming the upcoming season of the ABC dating show.

Poking a bit of fun at Peter, Nick took to social media to show off his Halloween costume. “Just a Pilot on a flight for love ..,” he shared. “Will probably crash into a windmill tonight.”

Earlier this week, Nick admitted that he didn’t have any costumes ready for his upcoming festivities. “Invited to Halloween party,” he wrote on Twitter. “Have costume anxiety, send ideas.”

It looks like he landed (pun intended!) on Weber!

However, it appears Nick went solo to his Halloween party. Just last month he and Rachel Bilson sparked romance rumors after eagle-eyed fans spotted them flirting on social media.

In fact, the actress was a guest on the reality TV personality’s podcast in July.

“I knew that Rachel was a big Bachelor fan,” he said on The Viall Files. “I’ve been a fan of Rachel for some time. I had noticed throughout, maybe the past couple of years, there was one time I think you might have commented on my Instagram and I noticed it. I was like, ‘[Gasp!] Really?'”

“You didn’t slide into my DMs then,” she responded. “You could have told me you were excited then.”

The two have yet to share whether or not they’re dating.