The Voice: Tom Jones sings 'With These Hands'

Olly Murs, 35, was emotional after watching back his The Voice UK co-star Sir Tom Jones’s rendition of With These Hands after the legendary crooner remained in his chair to sing directly to his fellow judges. The Heart Skips A Beat hitmaker admitted that he shed tears after realising how “beautiful” the lyrics were as fans of the ITV show gushed over the sweet display.

On the show tonight, Tom performed an impromptu version of  With These Hands after Olly had begged him to sing.

The 35-year-old had urged the Wales native to sing, and while he was initially reluctant, he eventually performed, much to the joy of the virtual audience at home. 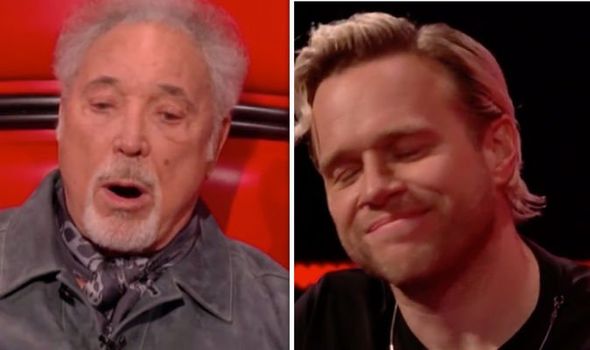