Meghan McCain left “The View” on August 6, but House Speaker Paul Ryan couldn’t let that day go by without a few kind words.

“Hey Meghan, Paul Ryan here. I just wanted to say congratulations on an amazing four years at ‘The View.’ “The show will not be as lively without you,” Ryan said in his heartfelt August 8 Instagram message. “You have stood up for your principles, you’ve spoken your mind, and you’ve passionately defended what you believe in. I have no doubt that your family is so proud of you. And I know — first-hand experience — a lot of conservatives around the country are proud of you too. Congratulations on a great run and on this work-life-family balance dilemma that we all deal with, I just want you to know … you’ve made the right decision. Most of all, I’m just really happy for your daughter Liberty.” He concluded, “Good job, great luck and God bless.”

McCain jokingly referred to Ryan as her “boyfriend,” adding that her husband Ben Domenech is aware of this and they are all friends. Although McCain has only been off “The View” for a few days, she hasn’t earned unanimously good reviews. Read on to find out more. 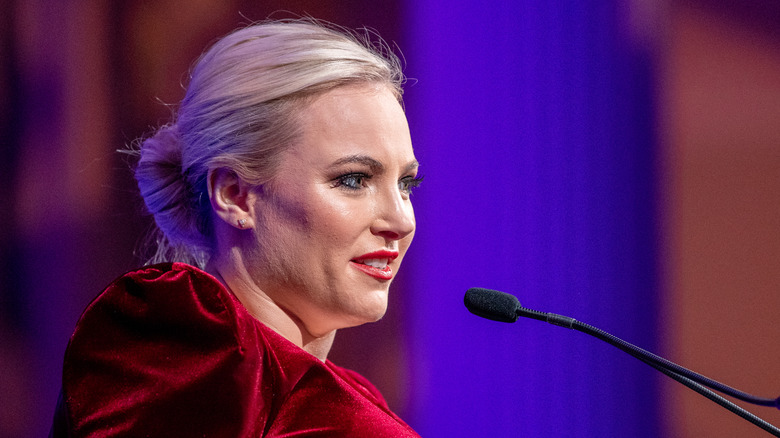 There weren’t many tissues needed when Meghan McCain announced her departure from “The View” on July 1. McCain was no stranger to stirring the pot during her four years on the show, but her co-hosts were apparently ready to see her go, according to a July 5 Page Six report. “Everyone was at their wits’ end — even Whoopi, and she’s the chillest of them all,” a source claimed. “Whoopi is never going to advocate for anyone to get fired. She’s not about that, but she was very clear that she no longer wanted to work with Meghan.”

Sources told the outlet that Goldberg, Ana Navarro, and Joy Behar said they were no longer interested in working with McCain. “It happened as soon as [new ABC News president] Kim [Godwin] came in,” another source added. “It was right after Joy and Meghan’s huge [on-air] blow-up [in May] where the network called an emergency meeting. They told new management, ‘We don’t want to work with her anymore.'”

A different source told the outlet that McCain left because “she [was] sick of fighting this fight.” It seems like she got what she wanted!