Piers Morgan, 54, may have got a little too merry at the ITV summer party last week as he admitted to a mix up involving his Good Morning Britain co-host Susanna Reid, 48, and Julia Bradbury, 48. The presenter shared a selfie with the brunette beauties in view of his 651,000 Instagram followers alongside a cheeky caption. Piers was pictured pouting for the camera in the snap, while Susanna and Julia beamed with glee beside him. Explaining the moment, he wrote: “It all got so hazy last night I couldn’t remember which one’s my TV wife… @susannareid100 @therealjuliabradbury#itvsummerparty.”

Fans took to the comments section to share their thoughts on the outspoken TV personality’s mischievous post.

One jokingly wrote: “You will. In the morning.”

Another person added: “A thorn in between two roses.”

A third fan replied: “VERY lucky indeed to have two such BEAUTIFUL women in your life, Piers…”

“That’s what they all say”, a fourth responded.

Piers Morgan’s playful post comes after he caused a stir by posing for a picture with Love Island 2019 star Lucie Donlan, 21, and Hanna Miraftab, 31, from Real Housewives of Cheshire at the summer bash. 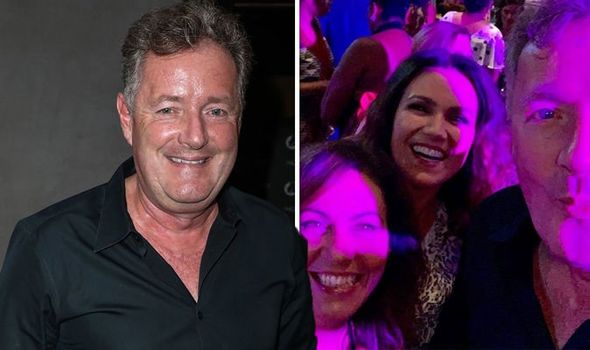 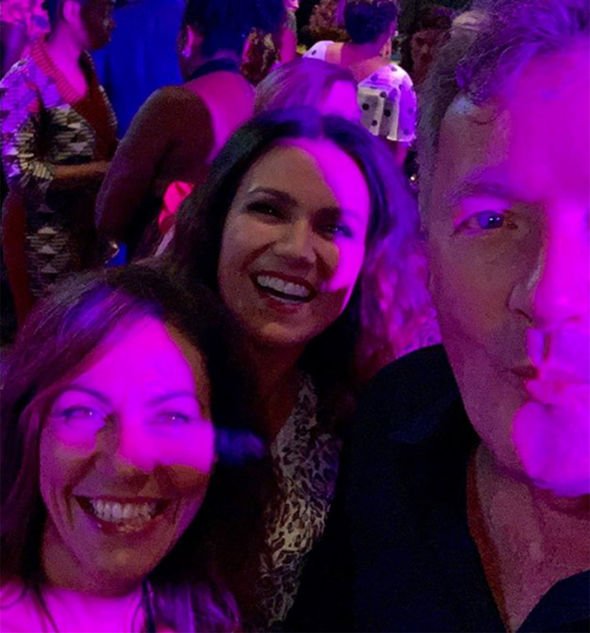 The TV personality pulled a smug expression as he sat in the middle of the two women, who rested their arms on him.

Piers candidly sipped his drink in the snap, as Lucie and Hanna grinned for the camera.

The star’s photo drew a less than impressed reaction from his wife Celia Walden. 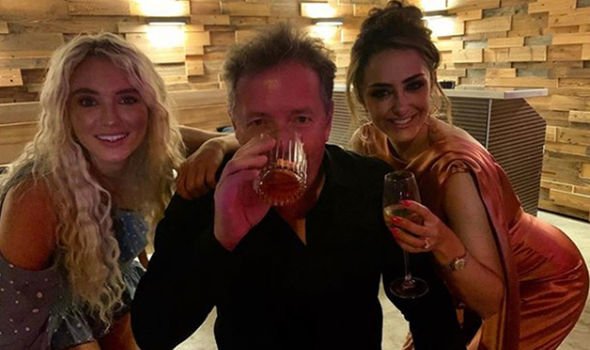 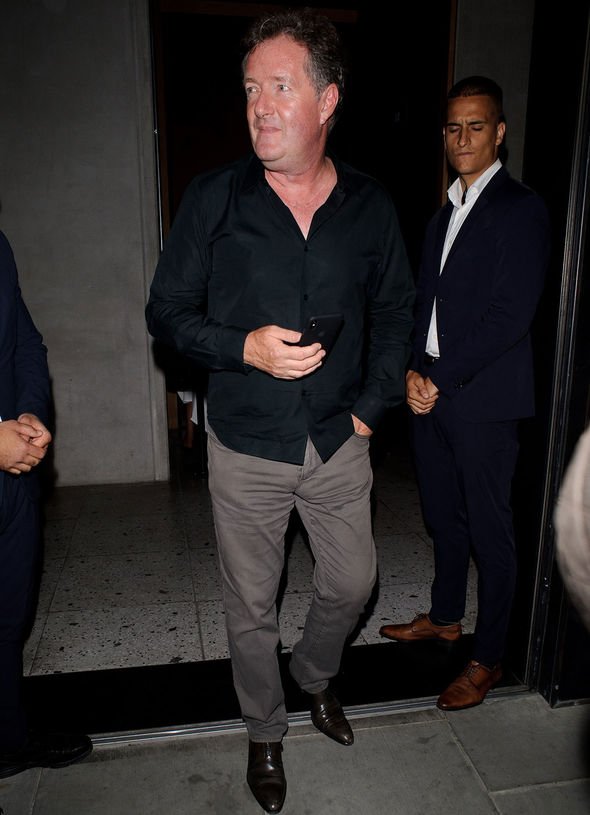 The writer jokingly added: “Right. That’s it. Getting the pool boy back in.”

One of Piers’ four children, Spencer Morgan, who he shares with his first wife Marion Shalloe, also weighed in on the picture, writing: “Go on son.”

Elsewhere, the Good Morning Britain favourite took to the social media platform to congratulate his son Stanley Morgan on graduating from drama school.

Piers shared a photo with his arm around Stanley’s shoulders as they held up a cut-out Class of 2019 LAMDA frame.

He wrote: “The Graduate. Very proud of you son @stanley.morgan.

“Four terrific years at a wonderful drama school. You’ve got the best tools in the business now, time to use them…”