Don’t play with sharks. The Jackass crew came to Discovery’s Shark Week for a goofy special that took a scary turn.

“There’s nothing left to do but jump the shark. What can go wrong?” Steve-O asked in the teaser for Shark Week’s Sunday, July 11, special.

The episode ended with Steve-O, 47, and Chris Pontius challenging Poopies (real name Sean McInerey) to wakeboard over a shark, paying homage to Happy Days’ famous scene of Fonzie (Henry Winkler) jumping the shark. A jet ski pulled the wakeboard, and chum was used to lure sharks to the area. On Poopies’ first take, he fell into the water and was bitten by a shark. 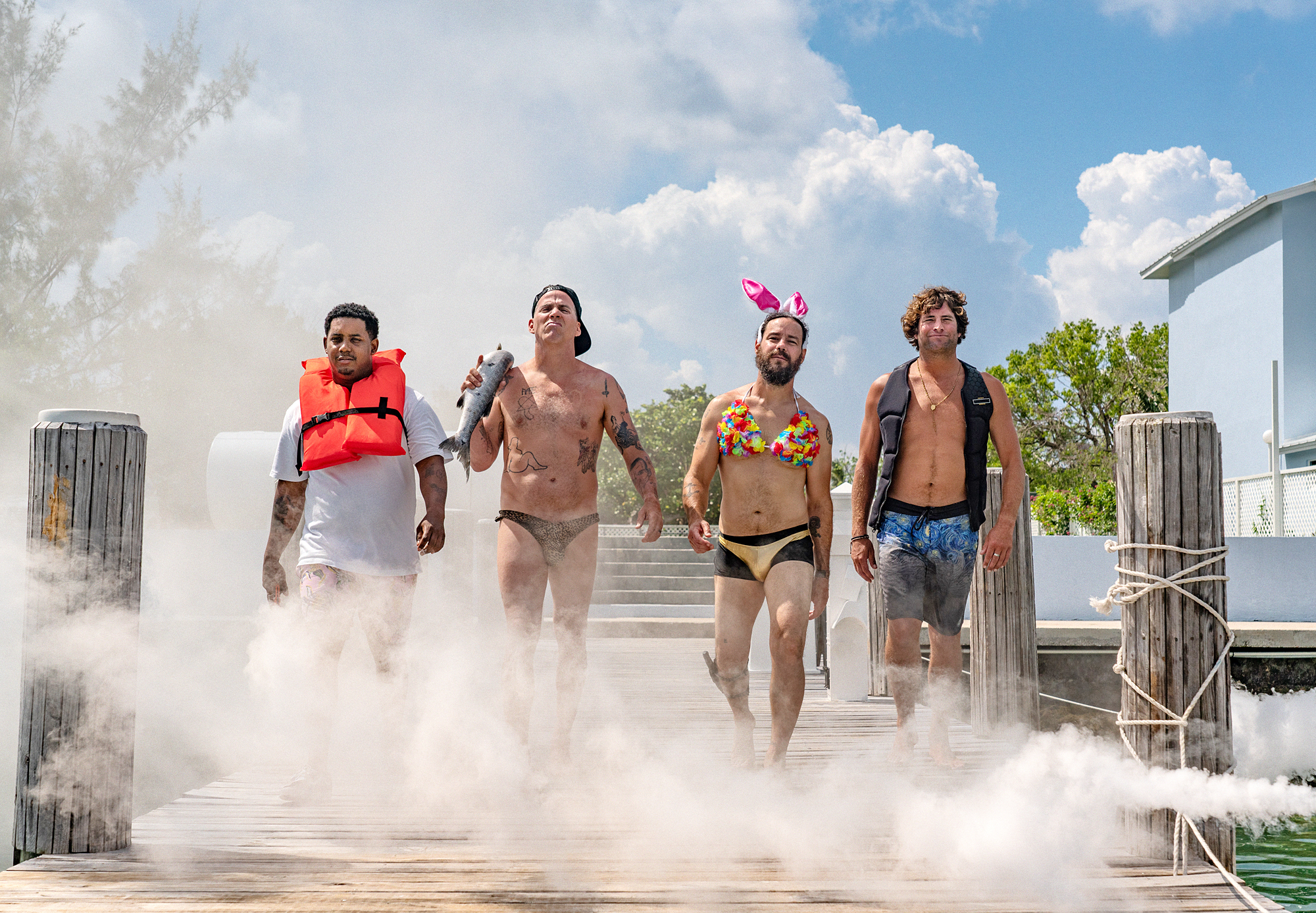 Poopies had tendons and two arteries fully severed, and his leading two fingers are stuck erect, the stunt stars told The Daily Beast. “We knew there was danger. There’s no question about that,” Poopies told the outlet. “But we didn’t know I was gonna get bit. I mean, it’s a blessing in disguise. I got bit, but it’s the best episode that Shark Week’s ever had.”

Poopies, who earned his nickname after defecating in his wet suit as a middle schooler, said on the “Hawk and Wolf” podcast that he knew not to yank his hand out of the shark’s mouth since he’s a longtime surfer. He’d previously been told that pulling away would make the injury worse. The shark quickly let go as divers from the Shark Week crew leaped into action and pulled him out of the water.

“I mean, the level of commitment and bravery on the part of that medic to jump in that fast. It could not have been 10 seconds that that medic was diving into all those sharks,” Steve-O told The Daily Beast.

The injured Jackass star opted to leave the Bahamas and fly to Florida for surgery, and he still has trouble moving his injured hand. The former Red Bull TV star said on the podcast that he couldn’t hold his own hand up and only his thumb was fully functional right after the incident.

“I knew there was a chance I was gonna get bit by a shark, but I didn’t think it was gonna happen,” Poopies said on the Shark Week episode.

Though he admitted that he definitely has a fear of sharks now and still has dreams about the incident and his injury, Poopies doesn’t hold a grudge against any of the sharp-toothed swimmers. “No, I don’t blame the sharks at all. I mean, I was in their living room, and it was dinner time,” he reasoned.