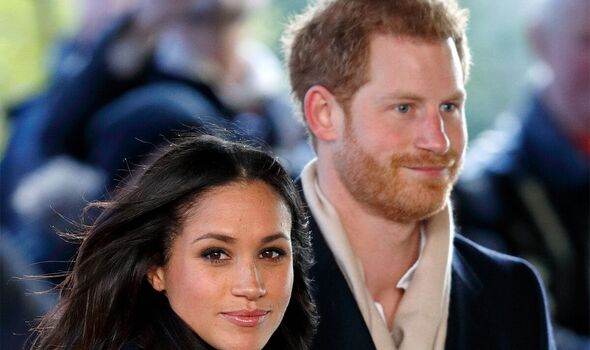 Ryan-Mark Parsons has suggested Prince Harry, Meghan Markle and members of the Royal Family apologise to each other, as he described recent events as “embarrassing”. The two sides have reportedly not spoken since before the release of the Duke of Sussex’s bombshell memoir, Spare, in which he did not hold back when discussing his relationship with Prince William and his father, King Charles.

His memoir comes after the Sussexes released their Netflix docuseries in December.

Harry and Meghan opened up about a lack of support from the palace in dealing with the British press’ attacks on Meghan, in the final three episodes of their Netflix.

The couple also discussed their childhood, the treatment of women in the royal family and press intrusion.

Discussing the series the former Apprentice star admitted it felt uncomfortable to witness their private moments.

“I think it would be a wise move for the whole family to reconcile,” Ryan-Mark explained. “The whole situation is embarrassing in the sense that you’re having so much dirty laundry shared with millions of people and a lot of private moments.”

He continued: “I think there was a scene in the documentary where Meghan was shown a text from Prince William to Harry. It seemed quite intrusive. In what should be a very private moment.

“I also think when Meghan was getting text messages from people like Beyonce and the cameras happened to be turned on as soon as she got the message.

Ryan-Mark, who appeared on The Apprentice in 2019, said he could see them reconcile if there is an apology on both sides, especially with the King’s upcoming coronation.

Addressing Harry and Meghan’s possible attendance, he said: “I think they should be there.

“If they are making up and there is an apology on both sides, some sort of reciprocated understanding of what’s happened, if they’re working towards solving these issues then maybe it’s a good idea.

“As it stands, based on everything that’s come out, it’s probably not wise.”

He added: “It would just make everything political, all the media attention will be on Harry and Meghan, observing their reactions to the family when meeting, their body language. All of that stuff. I think that could all be avoided.”

“I can definitely empathise with what [Meghan] was going through in terms of what she believed to be press intrusion. And I could see that she was struggling when crying,” Ryan-Mark commented.

“She sounded exasperated when she was talking about certain things. You could hear in her voice that she was upset and even watching her mum talk about what they have all been through.

“I think that was good in terms of giving viewers a glimpse into exactly what they had to deal with.”

However, the Apprentice star claimed the series could be viewed as one-sided as the royals were unable to give their side of the story.

“[The public] have watched a one-sided, very biased documentary with all of Meghan’s fans, friends and workers advocating for what happened and her experiences so it’s going to paint a picture,” he claimed, adding, “I think that is the most watched documentary in Netflix history.”

Ryan-Mark continued: “People around the world have tuned in to watch it. So many people have this one-sided perception of what the Royal Family is like and I definitely think it’s harmful.

“Especially because there is so much good work that they do but that is not going to be seen by the viewers, unfortunately. I doubt the Palace is going to make a statement.”

Ryan-Mark, who is a British television personality, shot to fame as one of the youngest contestants on The Apprentice UK at the age of 19.