Ruby Rose has finally revealed why she quit her role as Kate Kane in The CW series, “Batman.” Rose was the star of the show, but shockingly stepped back after just one season in May 2020. She said in a statement that it was a “very difficult decision” and was not something she decided to do “lightly” because she had “the utmost respect for the cast, crew and everyone involved with the show” (via TVLine).

She didn’t reveal exactly why she decided to call it quits at the time, though the show continued on for a second season with Javicia Leslie stepping in to play a new incarnation of the Batwoman character.

Rose spoke out about her sudden exit a little more in October 2020, when she revealed during an interview on “The Jess Cagle Show” on SiriusXM that an injury made things “tricky” and that the coronavirus pandemic putting production on halt allowed her to do “a lot of thought and reflection” regarding her career. She said it was “mutually agreed” between her and the production team that her leaving would be “best for the show” and explained that “it made sense for so many different reasons.”

Well, now she’s revealing a little more about those “different reasons.” Keep scrolling for all the details.

Ruby Rose was allergic to her Batwoman costume 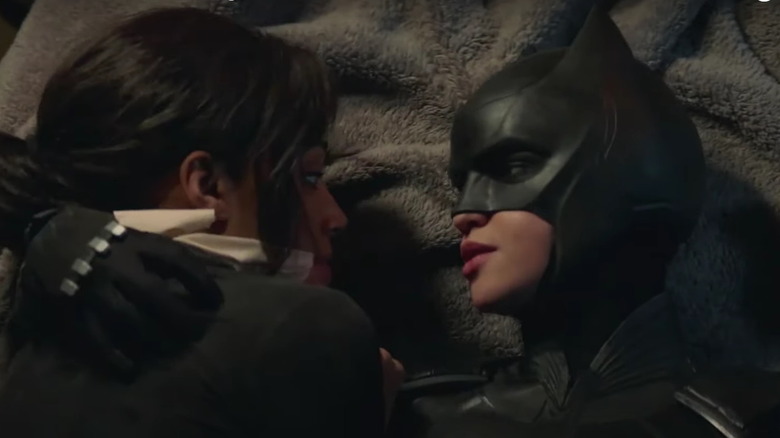 Ruby Rose got candid about leaving “Batwoman” behind on Australia’s “The Kyle and Jackie O Show” on July 13, where she admitted one of the big reasons she decided to leave was actually because she physically couldn’t wear the icnonic black mask. “I did find out that I was allergic to latex,” she explained of one of the biggest on-set complications, revealing her mask was “unfortunately” made out of the material.

Rose recalled feeling “itchy” while wearing it and said the irritation started “getting worse and worse” during filming. “As you get more contact with it, I guess you get more reactions,” she continued. “I took [it] off at the end and my whole face was just hives.” Ouch!

Rose previously explained to Entertainment Weekly in August 2020 that she also found things “a lot more difficult” than she would have before because she had surgery just 10 days before she started work on the show. “Most people take about a month or three off before they return to work,” she said, adding that being the lead in any production is “taxing” anyway.

Rose still has plenty of things in the works after leaving The CW show, though. In January, it was reported that the star would be taking over the role Elliot Page departed in the movie “1Up” (via The Hollywood Reporter).

Sounds like this departure worked out for the best for everyone!