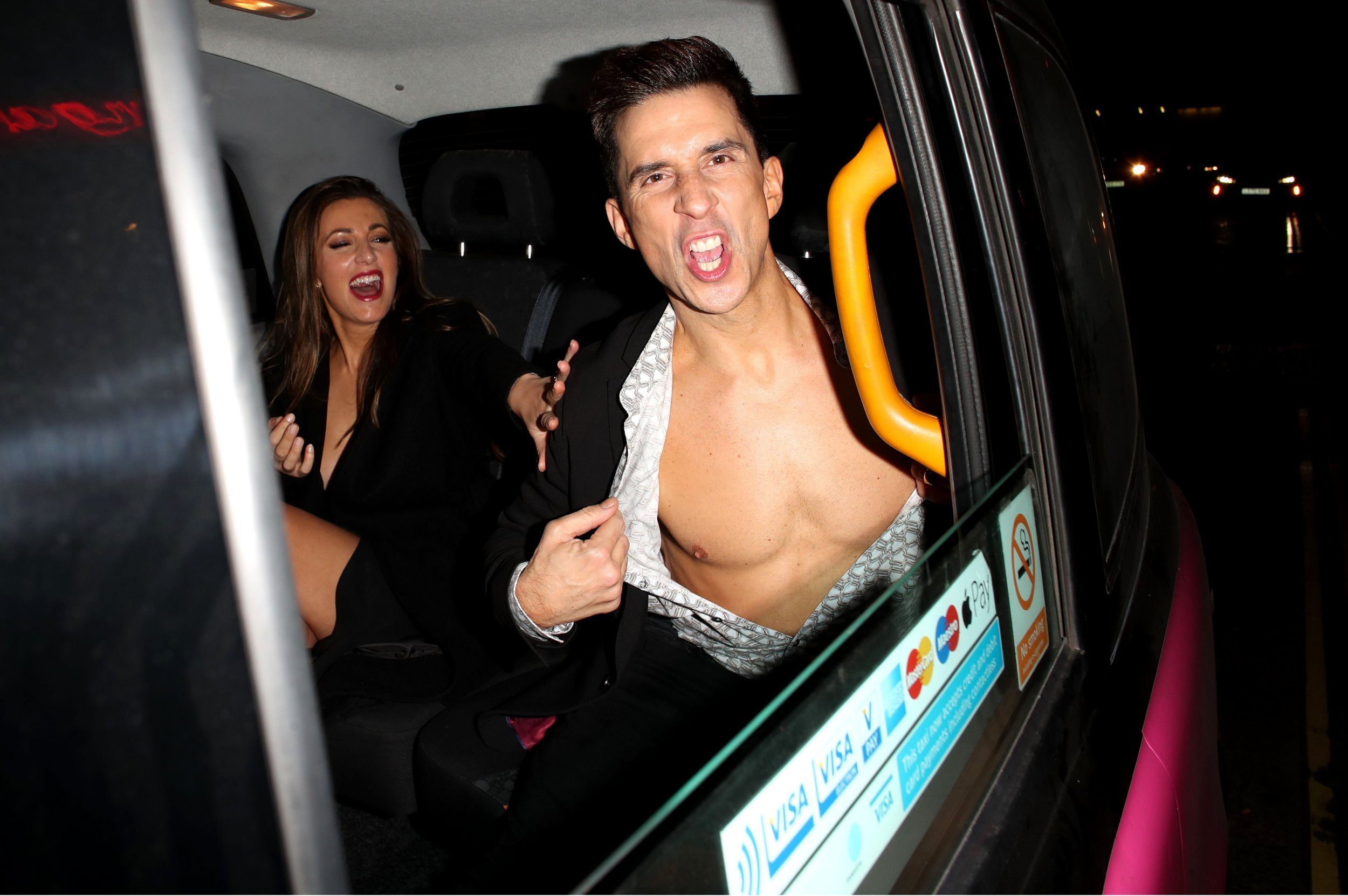 Russell Kane looked to have enjoyed himself immensely at a London party on Tuesday night, if his larking around for the photographers outside if anything to go by.

The energetic comedian, 46, had a laugh jokingly ripping his shirt open as he and wife Lindsey Cole left designer Kelly Hoppen CBE’s bash at Langan’s Brasserie in the back of a black taxi.

Pulling a face as he opened his patterned white and grey shirt to display his torso for photographers, the former Big Brother’s Big Mouth presenter had Lindsey cracking up with his behaviour.

At one stage trying to intervene, Russell then jokingly held her back in her seat amid his antics.

One snap also caught the performer smiling sweetly as he held his shirt back.

Alongside his semi-shirted chest, Russell wore a smart black blazer and jeans while makeup artist Lindsey also opted for black in a mini dress and jacket, paired with sky-high black studded heels.

Russell and Lindsey tied the knot in 2014, after the comedian spotted her in the front row of one of his shows and brought her into his routine before asking her on a date.

Funny man Russell is also not afraid of tackling the serious issues in life and drew praise for his appearance on Good Morning Britain in August, where he spoke passionately about his experiences with higher education and finding himself at ‘a crossroads’ after failing his exams.

Speaking to Metro.co.uk in the wake of his appearance though, he admitted he had no plans to get into politics after people called for him to replace then-Education Secretary Gavin Williamson.

‘It just makes me nervous, and my instinct is to be funny and liked.

‘I worry that I would drift into that sort of populism. Boris [Johnson] is clearly a comedian at heart.’

Russell, who is fronting a new podcast series with Nextbase, added: ‘The problem is, someone that likes to be liked, likes to make people laugh, eventually you make bad decisions based on your ego. I’m sure that’s what would happen to me.

‘Plus, I really like my life. What scares me is, what if I was successful, where would it end? You’re hated by 30 per cent of the country by definition, no matter what you do. I just don’t fancy it. I like taking the piss out things and I like being on the outside.’