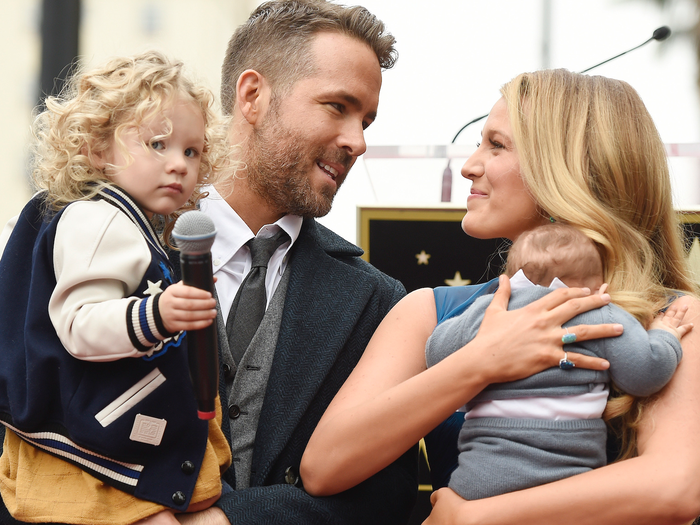 Ryan Reynolds opened up about fatherhood and said that he loves raising three daughters with wife Blake Lively.

"I love being a girl dad," the 44-year-old actor said during a new interview with "Access Hollywood."

The actor went on to say that the best thing about being a girl dad is "being as present as possible," despite his and Lively's hectic work schedules.

Reynolds also praised Lively and their kids, calling them "the most capable people I know."

"If anything got crazy or scary in my life, they are the first people I would lean on because they have wisdom and strength and they're calm under fire," the "Deadpool" star said. "They have courage under fire."

Reynolds gushed about getting to spend quality time with his family amid the coronavirus pandemic back in April 2020 during a virtual interview with "The Late Show With Stephen Colbert" host Stephen Colbert.

"I like just being here with the girls," the "Free Guy" star said. "I like doing the girl stuff."

Reynolds continued: "I try not to push gender normative ideas on my kids as they were born, but each one, when they came out that shoot, they really wanted to make dresses, they wanted to dress in hot pink all day, so that's what I do. This morning I made dresses out of tissue paper, which was fun for them."