Selena Gomez is such a supportive pal! She recently shared a photo of her longtime BFF Taylor Swift’s new album ‘Evermore’, and we’re obsessed with their friendship.

Selena Gomez has thrown her support behind pal Taylor Swift after the singer dropped her ninth studio album titled Evermore. The former Disney Channel star took to her Instagram Story after the surprise album was released, reposting a photo of the cover, along with a red love heart. Not only has Selena been a huge supporter of Taylor’s music for over a decade, but fans thinks one of the tracks on Evermore might actually be inspired by her!

Taylor made it clear that the songs on both Folklore and Evermore were not autobiographical, however she revealed she was inspired by stories she’s heard and movies she’s seen. Thus, followers are drawing parallels between Selena and the new track “Dorothea”, including the fact that The Wizard of Oz, about a girl named Dorothy, is one of Selena‘s favorite movies, and that she played a character of the same name in The Fundamentals of Caring. Taylor croons, “You got shiny friends since you left town,” which could reference Selena’s Texas hometown.

She also sings, “a tiny screen’s the only place I see you now.” The song goes on to note that Dorothea is “a queen selling dreams, makeup and magazines.” Fans would know, Selena recently launched her Rare Beauty makeup line and has graced many magazine covers. Further, Taylor sings about Dorothea’s “mom and her pageant schemes” which fits in with the Selena theory given she did beauty pageants when she was a kid. 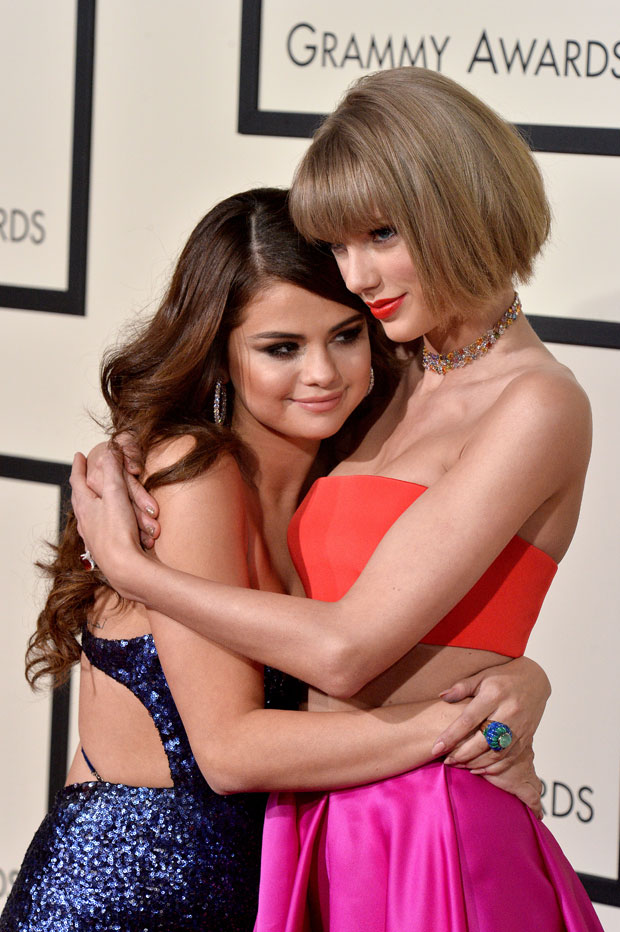 There’s also a theory that “Dorothea” could be linked to the story of the teenage love triangle told through the Folklore songs “August,” “Betty,” and “Cardigan.” Taylor later revealed, “In my mind, Dorothea went to the same school as Betty James and Inez.” If there’s one thing we know about Taylor, it’s that she never does anything by accident, and sometimes waits years to confirm fan theories. On Evermore, she collaborated with William Bowery, only recently revealing that William Bowery is a pseudonym for her boyfriend, Joe Alwyn. On this album, he co-wrote “Champagne Problems,” “Evermore” and “Coney Island.”